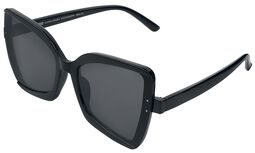 Why do we actually say "glasses"? Have you ever heard of the mineral beryl? No? It doesn’t matter. It’s a mineral that can form quite large crystals and is often used to make jewelry. In bluish tones it’s often spoken about as aquamarine, and in greener tones as emerald. But in this story we are more interested in colourless beryl.

Hundreds of years ago, glasses were really expensive and you couldn’t just get them for a few pounds at the optician. This is because glasses were cut from precious stones. Since not all people had access to the Internet in the Middle Ages, some facts and information were still somewhat vague (think witch burning!) and during this period every transparent gemstone was classified as beryl. It was a practical solution - and one which didn’t seem to bother geologists at the time.

When properly ground up, beryl could accomplish an almost magical feat; magnifying things for the human eye. At a time when paper was so valuable that people wanted to write the Old Testament on a postage stamp, such magnifying glasses were more than a little helpful. Unfortunately, the first health insurance companies didn’t come into existence until much later, meaning that only the rich were able to afford them.

The mob continued to grope around in the darkened blur of uncorrected poor eyesight (hence the term “dark” Middle Ages) for a while. The German Middle class word "berille" came into being much later, referring to generally colourless gemstones, from which today's “glasses” would eventually be made.

Glasses or monocle, which came first?

Interestingly enough, there is evidence that the basic idea of ​​vision correction was established a long time ago. Greeks and Egyptians, (who chose to create one or two pyramids), had already philosophized about refraction and optics. The Roman emperor Nero was also a pioneer of research. He is said to have been so blinded by ongoing gladiatorial battles on light sandy soil that he grabbed a few emeralds lying around and looked through them. No longer blinded, with some of the light filtered out, he practically invented the first pair of sunglasses - even though the market was a bit limited and the side effects had not been sufficiently researched.

In any case, he later decided to burn down his city. The logical conclusion if you observe people through emeralds first, you will go crazy and kill them. Unfortunately, there are no photos or records from this moment, since no journalists were allowed in ancient Rome. But it’s well documented on the internet so we’re sure it must have happened that way.

The nose rest was created much later. Namely around the 13th century - it’s probably no coincidence that the number of books and documents was increasing around this time. However, the idea of ​​using only one monocle for two eyes has a slightly unexpected origin. In the past, a colourless beryl (or similar) was simply sanded down and placed over writing as a reading stone. After some clumsy merchant had lost his fifth stone, he must have decided on a brilliant idea: he simply clamped the next one into his eye in order not to lose it.

Later, this stone in the eye socket was attached to clothes with a piece of string and the fate of the infamous monocle was secured. They are still often used to this day, although mostly to show viewers that a film is set in 19th century England.

But what about sunglasses?

Some time around the middle ages, it was decided that what was sufficient for church windows was also good enough for the human eye, and spectacles with coloured glass were made from the 15th century onwards. The idea here was the same as that of our pyromaniac gladiator, part of the light was supposed to be kept out by the colouring - however they weren’t really effective.

But then the breakthrough came. In 1752, English optician and designer James Ayscough introduced glasses made from smoked glass. For this reason he is considered the father of sunglasses. From then on, research continued. Glasses with blinkers made of fabric or leather on the sides were created after it was discovered that light can not only get into the eye from the front, but also from the side.

In 1797 a Briton then developed a construction for the glasses so they could fold away. It’s not known why these glasses did not prevail - they probably broke too quickly in P.E. But the design alone wasn't the whole point. At the end of the 19th century, more and more voices were advocating in favour of effective protection against UV rays, a problem which was eventually tackled at the beginning of the 20th Century.

In 1905 it was Josef Rodenstock who developed the first glasses with UV filtering and since the 1950’s sunglasses have been indispensable, particularly with Hollywood stars. Since the invention of the Internet at the end of the last century, it’s unsurprising that more and more sunglasses can now be bought online.

And who has the best?

The sunglasses in the online shop at EMP naturally offer you everything there is when it comes to dark glasses. Retro, fashionable or just funny. You are guaranteed to find something here!