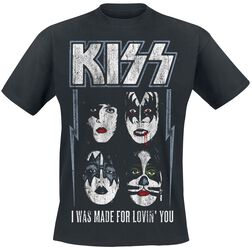 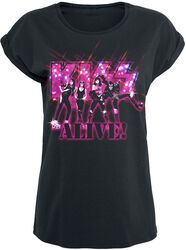 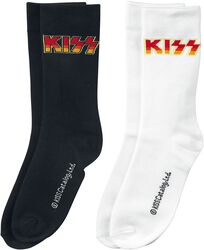 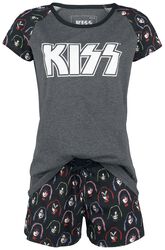 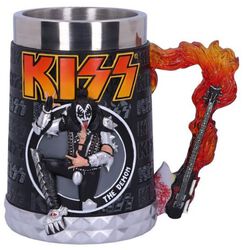 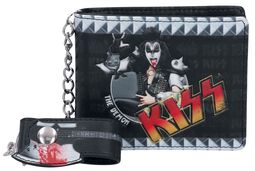 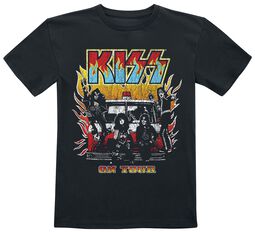 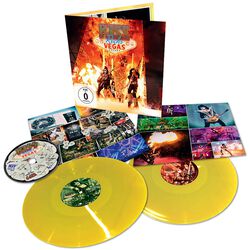 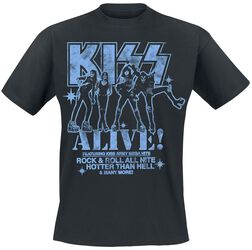 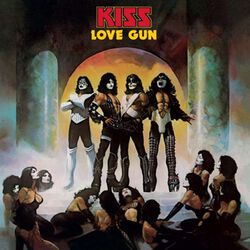 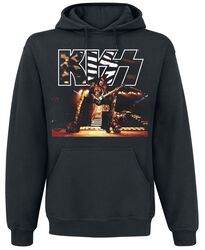 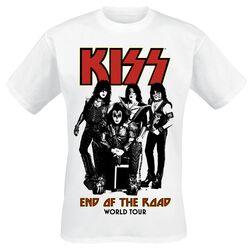 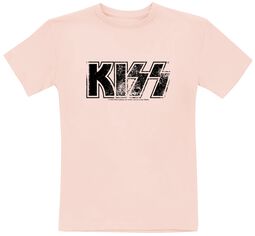 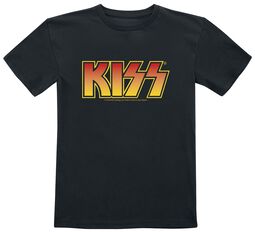 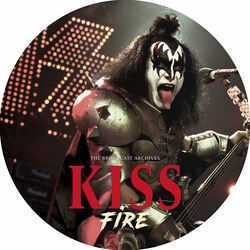 The EMP online shop offers KISS fans everything they need to idolise these rock legends. See for yourself, as you browse through the extensive range of merchandise and discover everything from KISS t-shirts, to iron-on patches, shot glasses and hoodies.

New York City in 1972. Between Watergate and Vietnam, the American music scene is flourishing. A taxi driver called Stanley Eisen meets elementary school teacher Gene Klein and the two decide that from then on they will make music together.

Learning the ropes and paying their dues, they support themselves by singing advertising jingles and working as background singers. It is during this time, while working on an album for another artist, Lynn Christopher, that the stage name Gene Simmons is born.

Flora Klein: a Holocaust survivor and the mother of Gene Simmons. Having watched her family die in a Hungarian concentration camp when she was just 14 years old, she fled to Israel at the end of World War II. It was here that she met Yeichel Witz, and short time later, on August 25 1949, Chaim Witz was born. Arguments over money drove Yeichel and Flora apart and eventually Flora immigrated to New York with her son, seeking refuge with relatives in Queens.

When he was 8 years old Chaim Witz changed his name to Gene and took his mothers surname - becoming Gene Klein. Gene spent a lot of time in the care of babysitters, while his mother was out at work, struggling to make ends meet as a waitress in a coffee shop. Simmons quickly became fluent in Turkish, Hungarian, Hebrew and Spanish, so that he could communicate with his caregivers.

When he was 14, after watching the girls at his middle school scream at the Beatles, Simmons decided that he wanted to be in a rock band and formed a group called 'The Missing Links' with some friends. Eventually the group disbanded and Simmons formed 'The Long Island Sounds', a group which was also disbanded and replaced by a new project 'Rising Sun. Once again the new group disbanded, and Simmons finally formed 'Wicked Lester', the band at the root of the KISS sound.

Shortly after graduation in 1970, Steve Coronel introduced Simmons to guitarist Stanley Eisen (later known as Paul Stanley). Stanley decided to join Wicked Lester, and the group began to earn some fame on the nightclub circuit.

They then found a new drummer, Peter Criss, by placing an advertisement in Rolling Stone magazine. Ace Frehley took over the guitar and a new name was found: KISS. The group also underwent a physical transformation and, inspired by Simmons childhood obsession with comic book superheroes, they donned wild make-up and all-black clothing.

On January 30, 1973, the band appeared in public for the first time under their new name. They played to an audience of just 3 people and it took another 6 months for their band manager to get them a record deal.

Throughout the 1970s, KISS toured virtually nonstop and, through their over-the-top stage antics, developed a large cult following. Their loyal fans became known as the 'KISS Army', and often imitated the group's clothing and make-up at live shows. But although KISS toured up and down the country, appearing on TV shows and radio stations, they couldn't seem to gain mass commercial appeal.

Their second album, 'Hotter Than Hell' reached number 100 in the charts. Then their third album, 'Dressed To Kill', which was personally produced by boss Neil Bogart, made it to number 32. The sound was much cleaner this time and the band attracted much more attention, although a lot of this was due to their extravagant live performances.

Then, in 1975, KISS released their first live album 'Alive', which spawned the group's first hit single, 'Rock and Roll All Nite'. Then, in 1976, the big turning point came. They released their fourth album 'Destroyer', which rose to number 11 in the American charts and became double platinum. The album represents the creative climax of the group and includes many of their greatest hits to date.

In 1976 the next studio album was released, called 'Rock and Roll Over'. This album also went platinum and reached number 11 on the Billboard charts. One year later 'Love Gun' followed, again becoming platinum and reaching number 4 in the charts.

The hype continues unabated, the world demands more and these men from the rock band KISS deliver. By 1983 they had released five more studio albums, one live album and two best-of albums. To promote their album 'Lick It Up', they appeared for the first time in ten years without make-up. It worked. Once again proving that MISS know how to sell their sound perfectly.

The line up of the band has changed many times over the years, with very few KISS albums featuring the same group that appeared on the previous release. But the spiritual fathers and founders of the group, Stanley and Simmons, have remained constant throughout. As the songwriters and composers for the group, this has ensured that even though KISS have rocked their way through the decades, combining their music with current trends, the original sound was never lost.

Today, there isn't a venue or open space on the planet that seems big enough to stop KISS selling out their legendary live shows. KISS albums sell just as fast - so much so that only the Rolling Stones and the Beatles have managed to sell more gold records. Surviving all the ups and downs and touring through the greatest venues in the world to this day, KISS is a band that is far from over.

Whether it's the blood-spitting Simmons or a guitar going up in flames, the group knows how to put on a performance, delighting new and hard-core fans alike with their shows. Playing sold-out concerts worldwide and breaking one record after another, the fan base continues to grow. Did you know that KISS once played a bigger concert in Japan than the Beatles?

In the mood for more merch from legendary rock bands? No problem, take a look at Judas Priest, Black Sabbath, Led Zeppelin or The Rolling Stones.