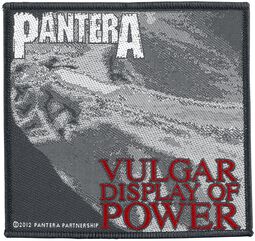 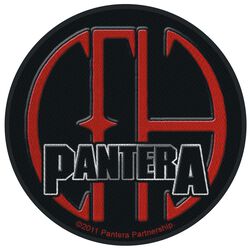 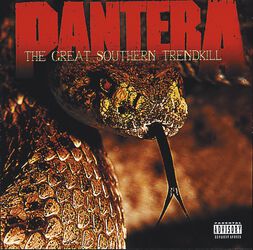 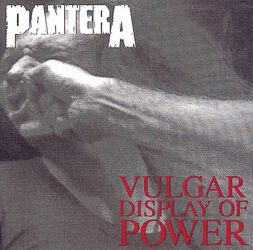 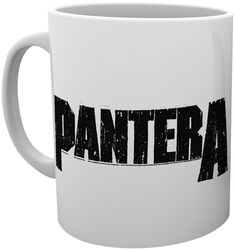 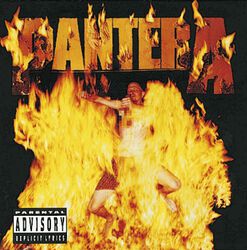 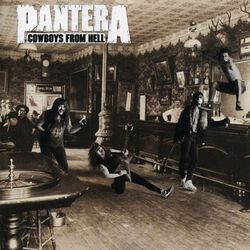 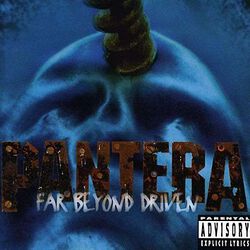 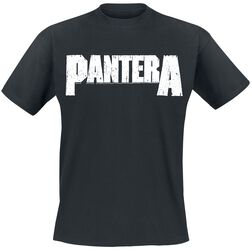 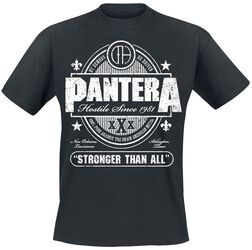 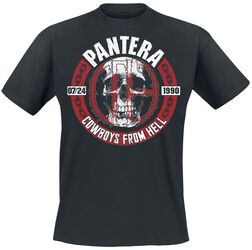 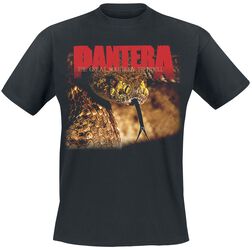 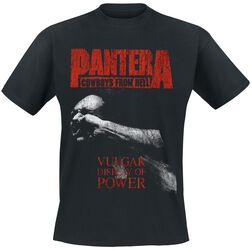 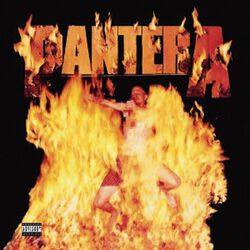 Few bands have had as much of an impact as Pantera. In fact, the band are considered to be the fathers of so-called ‘groove metal’, a branch of the thrash metal genre made famous by Metallica, Slayer and many other well-known bands. The void left by the band’s separation in 2003 has never truly been filled. The fans have split along the lines of Phil Anselmo (vocalist) or Dimebag Darrell (guitarist). In fact, the band’s decision to separate was heavily influenced by internal disputes between the two frontmen. Who knows… perhaps the band would one day have staged a reunion years later, if it hadn’t been for the murder of Dimebag Darrell on the 8th of December 2004. The guitarist was shot on stage by a crazed fan during a show.

Perhaps for this reason, Pantera have remained among the most-loved metal artists of all time, in particular thanks to their album Cowboys From Hell. If you’re a fan of this release, you’ll find the matching Cowboys From Hell T-shirt here at EMP, no matter your size.

How much do you know about Pantera?

Formed in Texas in 1981 by the brothers Vinnie Paul (bass) and Darrell Abbott (later known as Dimebag Darrell), Pantera’s debut was classic heavy metal, and the influences of famous groups at the time such as Kiss, Van Halen and Judas Priest could clearly be heard. However, when Phil Anselmo stepped in to replace vocalist Terry Glaze, and with the arrival of classic thrash metal albums such as Metallica’s ‘Master of Puppets’ or Slayer’s ‘Reign In Blood’, Pantera changed their sound. Power Metal, released in 1988, set the scene for Pantera’s rise to the kings of metal.

The year 1990 proved to be a turning point for Pantera with their album Cowboys From Hell. The album was characterized by riffs and solos at supersonic speed, from the drums to Phil Anselmo’s hard-edged voice. The follow-up Vulgar Display of Power followed on from the masterpiece created by the celebrated duo Darrell and Anselmo. During these years, as well as their own shows, the band were also lucky enough to open for tours by the likes of AC/DC and Metallica.

However, this success started to bring things to a head within the band, especially for Phil Anselmo, who began to clash with Dimebag Darrell and the other members of the band. In the end it was inevitable that after their final album Reinventing the Steel, Pantera broke up in 2003. Dimebag’s murder finished off any hopes that the band would get back together in later years.

On the 22nd of June 2018, the metal world mourned the loss of Vinnie Paul Abbott at the age of just 54. The legendary drummer, who founded the band alongside his brother “Dimebag” Darrell Abbott, died in his sleep due to a heart attack. In the last few years, Vinnie Paul had once again taken his place behind the drums with Hellyeah, and he’d even founded his own record label, Bin Vin Records.

You’ll find all the band merchand music you need from Pantera in the EMP online shop. Still headbanging to "Cowboys from Hell" and "Vulgar Display of Power"? We’ve got the T-shirts from both albums, also available in plus sizes. If you need to complete your CD or vinyl collection, you’ll find Pantera’s whole discography here. As well as T-shirts and hoodies in a range of sizes and styles, you’ll also find cool accessories so you can keep the band with you at all times. Why not show your loyalty to the classic band with a sew-on patch or badge set? We even have Pantera mugs so that you can get a real power metal kick from your morning coffee!