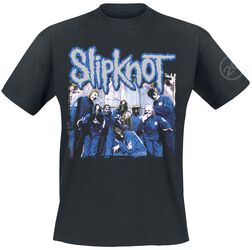 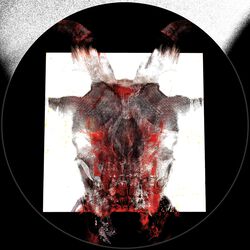 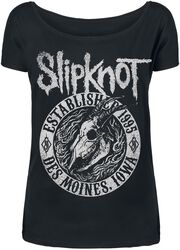 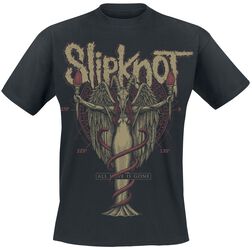 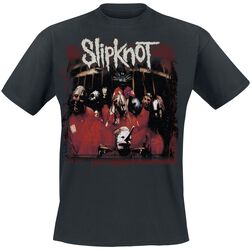 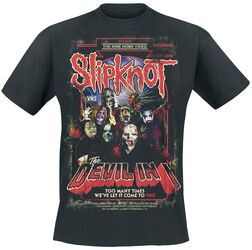 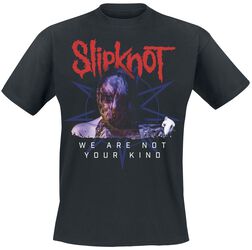 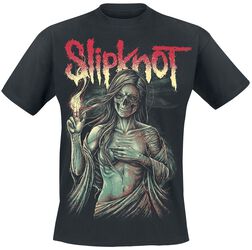 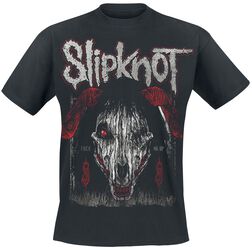 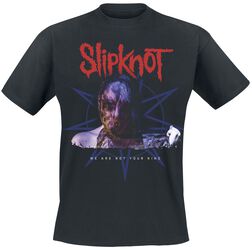 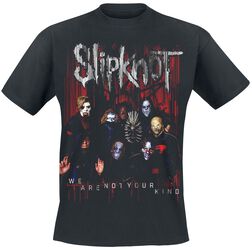 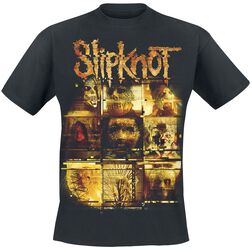 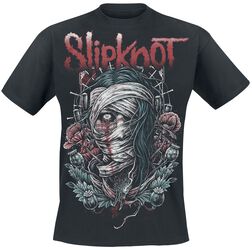 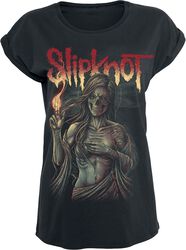 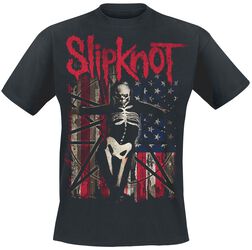 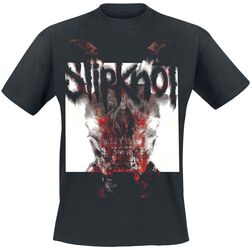 In 1995, in Des Moines, Iowa, one of the greatest nu metal bands of all times was born: Slipknot. 9 personalities, 9 masks and 9 stories that have shaped Slipknot's history.


There's no doubt that the masks and the overalls are Slipknot's hallmark, the idea coming from percussionist Shawn Crahan, who was wearing a clown mask as early as Slipknot's first performances. People liked the idea, and it was soon adopted as an integral part of the band's character.


With 6 band members, they released the demo "Mate.Feed.Kill.Repeat" on 31 October 1996, officially forming Slipknot's sound like no other release had previously done. The intro track "Slipknot" can be found on the subsequent debut album under the name "(Sic)". It's no wonder that the demo track is one of Slipknot's most popular collector's items with only 1,000 original copies existing! Not even Slipknot band members have their own copy. The demo not only paved the way for the album, but also for "Iowa", with songs such as "Gently" and "Killers are Quiet" re-released for the album.


Slipknot's history - from the debut to the Gray Chapter era


With $40,000 in their pockets, they recorded the debut album "Slipknot", which was released by Roadrunner Records on 29 June 1999. To this day, the album represents one of the most important milestones in the nu metal scene, and classics such as "(sic)“, "Wait and Bleed“ and "Spit It Out" were a feature at every concert.


The boys from Des Moines rose to international fame within a short amount of time, something Paul Gray and co. could only dream of whilst recording in their basement sessions in 1992. Soon enough, they were embarking on major tours and playing at huge festivals. You'll find all the merchandise for the debut album on the EMP Slipknot Merch Shop.


After such huge success, Slipknot found themselves facing a massive challenge due to fans' expectations being so high. But Slipknot kept going strong and didn't let themselves feel pressured by their new-found fame.


The second album "Iowa" shot to number 1 in the British album charts shortly after being released and rose to number 3 in the Billboard Magazine Album Charts. For us, it's definitely one of the best nu metal releases of all time! You can get yourself "Iowa" Slipknot shirts, CDs, vinyls and much more with EMP.


The guys took a creative break after "Iowa", and concentrated on side projects, such as Stone Sour and Murderdolls. Stone Sour was not actually a side project, it was actually around before Slipknot, but Slipknot's success made Stone Sour fade into the background.


For the first time, the album also featured calmer songs, such as "Circle" and "Vermilion Pt. 2", with "Before I Forget" seeing the band win a Grammy for Best Metal Performance.


All hope is gone


Huge headlining world tours followed and at the end of 2007, the boys got started on their fourth album "All Hope Is Gone", which they released on 20 August 2008. This album showed Slipknot's harder side once again, but also featured catchy songs, like "Psychosocial". It's simply impossible for Slipknot to release a disappointing album!


In 2010, Slipknot suffered a setback when bassist Paul Gray was found dead in an Iowa hotel. An entire world collapsed for the other band members after Gray's death, resulting in James Root taking a break of around 2 years. In September 2010, Slipknot released an unofficial homage to Gray: the "(sic)ness" DVD.


In December 2013, Slipknot announced that drummer Joey Jordison was leaving the band, but gave no further details. Jordison later revealed that he was never planning on leaving the band, and that he was in fact thrown out. Only the band members will ever know how this break up happened, but in spite of all that - Slipknot continued rocking! Jay Weinberg replaced Joey Jordison, and Alessandro Venturella took over the bass in 2014.


Paul Gray's official homage was then released as an album: "5. The Gray Chapter". In August 2014, when they released the first single "The Negative One", it was pretty clear that Slipknot got back to its old strengths. The song would have had no problems appearing on "Iowa" - what a tune! The "Devil in I" video managed to persuade even the most hard-core Maggots! The RIP Paul album was released on 17 October 2014.


Slipknot merch and much more


We have followed Slipknot's history from day one and we await each new release with bated breath! You'll find everything a true Maggot might want on the EMP Slipknot Online Shop. As well as the entire Slipknot discography, you'll find a decent dose of Slipknot merchandise, including Slipknot t-shirts, jackets and much more.


So, what are you waiting for? Deck yourself out in Slipknot merchandise and get pumped for the next concert. We'll see you in the mosh pit.

Looking for more bands? Check out Avenged Sevenfold, Bullet For My Valentine, Heaven Shall Burn or Parkway Drive.