Equip yourself for the new season here! 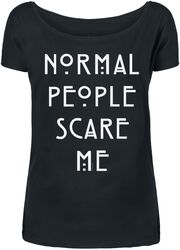 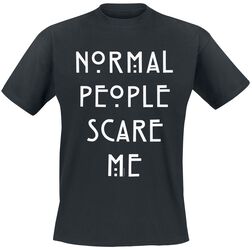 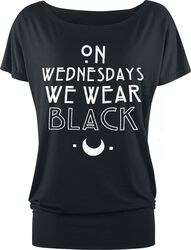 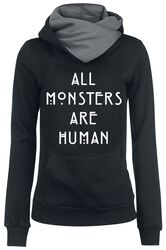 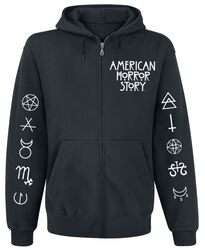 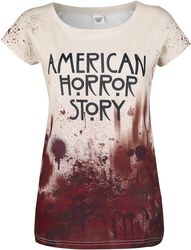 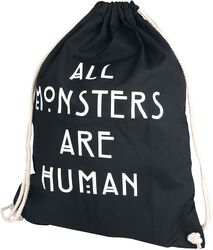 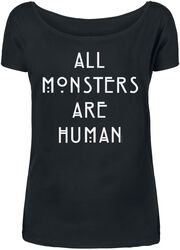 From £19.99
All Monsters Are Human   American Horror Story   T-Shirt 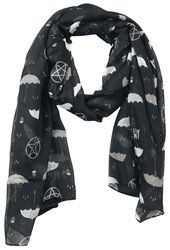 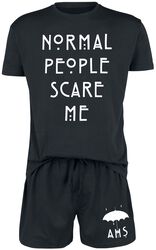 Since 2011, the US series American Horror Story has been providing us with an extra portion of horror. The series is an anthology of stories, with the individual seasons standing independently of one another. The actors, however, remain the same, but represent a different character in each season. The concept is so successful that the series will continue to be produced until 2019 at least. We’ve got loads of American Horror Story fan items for you in the EMP American Horror Story online shop. And for some extra creepiness and supernatural happenings, you should also check out the Stranger Things fan shop.


A recipe for success


Each individual season tells its own American horror story. The first season (Murder House) takes place in the present, and is based around the Harmon family. Vivian moves into an old house in Los Angeles with her husband Ben and her daughter Violet. However, the family soon notices that odd things are happening in the house.


In the second season (Asylum), American Horror Story jumps back to the year 1964. Asylum is set in a psychiatric clinic which is led by the nun Jude. Instead of helping the patients, the nun carries out exorcisms, locks up homosexuals as mental patients and eventually ends up as an inpatient at the institution herself. The whole second series is overshadowed by the devil himself in human form. Crazy!


The third season (Coven) brings the horror story back to the present. Zoe, a young woman, discovers that she is a witch, descended from the Salem witches. She joins a circle of witches in order to get to know her abilities better. It’s here that the real horror begins: from murderous conspiracies to the dead coming back to life, Zoe experiences real madness. She’s even subjected to a trip to hell.


Welcome to the arena of mayhem! The season (Freak Show) is set at a circus in the year 1953. The show takes place in the town of Jupiter, where several murders occur. It’s clear who will be accused: the monsters in the show. But there are bigger dangers than bearded women and Siamese twins. Of course, no one should trust clowns!


The fifth season (Hotel) takes place 60 years later. A gruesome spell lies over the Cortez, a fictitious hotel. It soon becomes clear: Something isn’t right at this hotel. Cold-blooded murders and torture overshadow the building. A place where the description ‘All-inclusive holiday’ takes on a whole new meaning.


Season six (Roanoke) takes things even further. It takes place in the year 2016 and centres around the fictitious documentary ‘My Roanoke Nightmare’. In the documentary, a married couple is visited by paranormal activity. The documentary is so successful that a second one follows. It’s here that the real horror starts! Witches, ghosts, murders… not exactly what the producers were expecting.


In the EMP American Horror Story Shop, we’ve got the right merch to bring the horror to life. American Horror Story T-Shirts, long sleeve tops or hoodies: They all show off your passion for the horror series. With mottos like ‘ALL MONSTERS ARE HUMAN’ or ‘NORMAL PEOPLE SCARE ME’, you can show that your heart beats for monsters. The EMP online shop also offers DVDs, so you can relive the horror once again. With our American Horror Story merchandise you can bring the monsters back home with you. If you still don’t have enough material for a series marathon, why not also take a look at the Breaking Bad Fan Shop or the The Walking Dead Fan Shop.