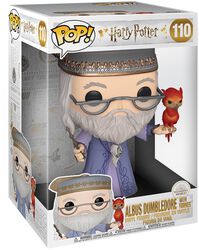 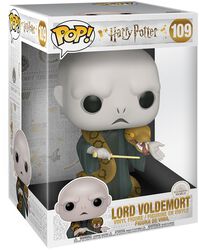 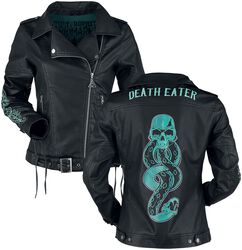 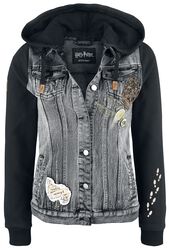 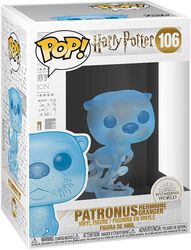 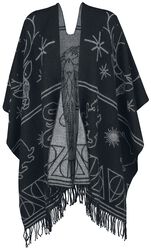 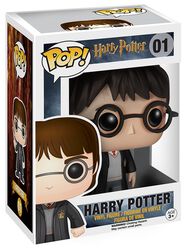 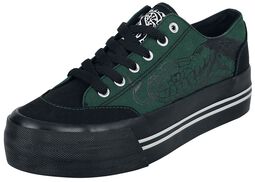 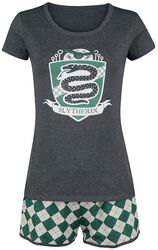 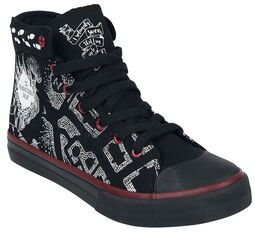 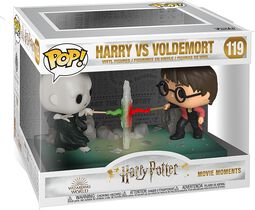 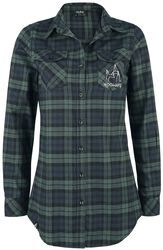 J.K. Rowling published the first book in the Harry Potter series in 1997 and since then a humble boy from privet drive has found a place in the hearts of millions of people around the world. Harry Potter is a young wizard that attends Hogwarts school of witchcraft and wizardry, which is a special school that only witches and wizards can attend. But he isn't an ordinary wizard and is famous throughout the wizarding world as ‘the boy who lived’.

Harry Potter didn't have an easy start in life and when his parents Lily and James Potter were killed by the evil Lord Voldemort, he is sent to live with his mean aunt and uncle when he is just a baby. The Dursleys and their spoilt son Dudley bully him whenever they can and he doesn’t even have a bedroom - just a closet under the stairs. Until he is 11 Harry Potter doesn't know that he is a wizard but then he receives a letter from Hogwarts, which marks the beginning of his new life. From then on throughout the seven book series we see him, together with his two closest friends Ron Weasley and Hermione Granger, battling against the evil Lord Voldemort who gave him his scar on his forehead.

What started out as a children’s book in 1997 has quickly gained a far bigger fan base and in 2016, the total value of the Harry Potter franchise was estimated at $25 billion - making it one of the highest-grossing media franchises of all time. While you're waiting for your letter from Hogwarts school of witchcraft and wizardry, we have got loads of merchandise to keep you entertained in the EMP Online Shop. You can even get you very own fake lightning scar.

The first point of call for those new to Harry Potter is the original 7 book series, however if you haven’t got time to read the original text then dive into the films, which will take you on a magical journey through the wizarding world. The next stop is the EMP Online Shop, which is on hand with an array of official merchandise.

Whether you’re Gryffindor, Ravenclaw, Hufflepuff or Slytherin, there’s a piece of Hogwarts for you and your home at EMP. We've got something for every trainee wizard or muggle out there with everything from T-shirts, hoodies and tracksuits, to jewellery and accessories. Give your outfit a touch of magic with the Deathly Hallows symbol or how about a real wand for a magic spell? You can also bring some magic to your walls with one of our many posters, or even drink your morning coffee out of a Hogwarts mug.

We’ve got Harry Potter merchandise to suit every taste. See for yourself by browsing through our online shop. Who knows... maybe we’ll see you wandering around on the Marauder’s map?

With over 30 different keyrings alone, you are bound to find the accessories that you are looking for. Slytherin, Hufflepuff, Ravenclaw, or Gryffindor? No problem - we've got an assortment of accessories to match your house. Grab a Loungefly backpack, Hogwarts express shoulder bag, ‘Honeydukes’ purse, Marauder's map scarf, slytherin baseball cap or huffle puff headband. Complete your magical look by wearing a badge set or Golden snitch pin.

The magical world of Hogwarts has captured the hearts of people of all ages around the world and you are never too young (or too old) to get Harry Potter fever. EMP Merch for kids is available in sizes from 110 - 152, (ages 5-12 years) so that even the youngest members of your family can live and breathe Harry Potter. As well as Hoodies and T-shirts we have also got toys, sweets, games, figures and much more, suitable for kids of all ages - Share your love of the Hogwarts universe with the whole family.

What do Lord Voldemort, Rubeus Hagrid and Madame Maxime all have in common? They are all limited edition Funko POP! figures available in the EMP Funko POP! Shop. EMP offers a range of exclusive and rare POP! Vinyl figures, plus we stock an official licensed Funko advent calendar, containing 24 Mini Pocket Pop!s from the world of Harry Potter. If you haven’t visited the EMP funko POP! Shop yet then it is time to apparate into our online funko world and summon some exclusive funko into your life.

“Happiness can be found even in the darkest of times if one only remembers to turn the light on.” (Albus Dumbledore). Pay homage to the boy who lived and brighten your home with a range of Harry Potter homeware & kitchenware from EMP. Grab yourself a lamp or lamp shade to brighten up the darkest of days or what about a 3D poster to brighten up your walls? Have you ever wondered what the infamous diagon alley looks like? You don’t have to wonder any longer with a diagon alley poster.

Bring a little magic to your morning coffee with a Hogwarts coffee mug, create a talking point at your next party with Harry Potter Ice cubes and drinking glasses, cheer up mealtimes with a Gryffindor cereal bowl or lunchbox, and what about a beautiful stainless steel hogwarts goblet? We've also got drinking bottles, playing cards, mouse mats, bedlinen, alarm clocks and even a doormat. Fill your home with magic!

Feel like the wizard or witch you’ve always wanted to become with the EMP Harry Potter jewellery range, where you can “expecto!” to find the very best gifts for true Potterheads. Show off your love of the wizarding world by decorating your wrist, neck, hands, ears and more with beautiful charms and spells. Wear your house symbol with pride with bracelets, earrings and pins from each of the Hogwarts houses, catch it if you can with a golden snitch watch, and turn back time with the time turner necklace. The boy who lived and his friends, have inspired watches, rings, choker chains and many more finely crafted treasures at EMP.

Bellatrix Lestrange boots, marauders map trainers, slippers and boots, or what about ravenclaw slippers? EMP has got you covered for Harry Potter merch - literally from head to toe.

Do you know your Hogwarts house?

Are you a brave Gryffindor, a loyal Hufflepuff, a wise Ravenclaw or shrewd Slytherin? Choose the Hogwarts merchandise that corresponds to your personality or wear the symbol of your favourite characters or your best friends. To make life easy for you when you haven’t got your magic wand to hand we’ve created a dedicated section for each of the Hogwarts houses. Choose from, Gryffindor Merch, Hufflepuff Merch, Ravenclaw Merch and Slytherin Merch.

Whether you are looking for fan merch, band merch, gaming merch or any other official merchandise from anywhere in the entertainment universe, you can rest assured that EMP has got what you are looking for. EMP only sells 100% officially licensed merchandise, which arrives at your door with branded tags so that you can be assured of the products authenticity. What's more, you’ll also find exclusive merchandise in our range that's only available at EMP.