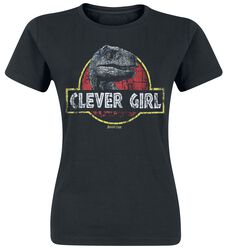 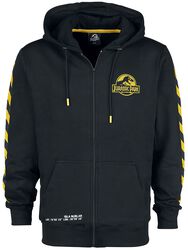 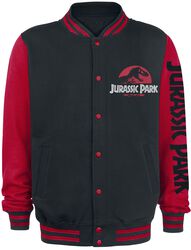 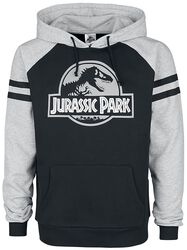 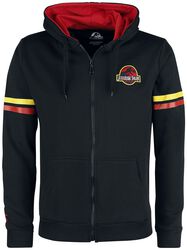 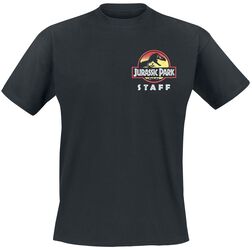 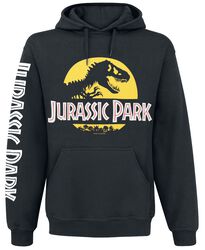 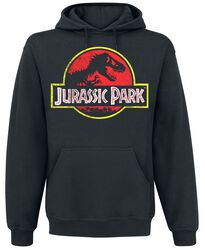 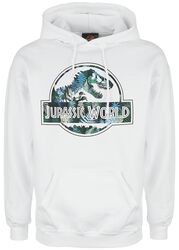 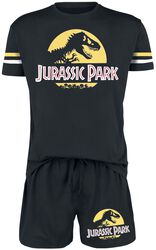 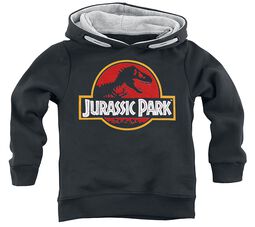 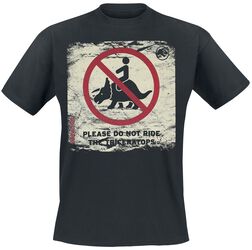 In 1993, audiences were thrilled when the gigantic doors of Jurassic Park were opened in the cinema for the first times. And now, who doesn't immediately get goose bumps when they hear the iconic theme song from what is probably the most impressive amusement park in film history? Based on the novel by Michael Crichton and directed by none other than Steven Spielberg, Jurassic Park sent us straight into the age of the extinct.

"Dinosaurs and man, two species separated by 65 million years of evolution have just been suddenly thrown back into the mix together. How can we possibly have the slightest idea what to expect?" Alan Grant tried to warn them. But inevitably, the moment that every fan has been waiting for since the beginning of the Jurassic Park films: the bloodcurdling cry of the most dangerous creature that has ever lived on earth: the T-Rex!

What have they got in there, King Kong?

It is not without reason that the films received many awards including the highly-coveted Academy Award for best visual effects. Even to this day, life-size dinosaur dolls and top-class special effects make the films from the 90s a figurehead for cinema thrill seekers worldwide.

Greater. More powerful. More threatening. For fans of the Jurassic Park films the saga was over for a while after the third part. But then Colin Trevorrow brought dinosaurs back to the cinemas in 2015. And one thing is for sure, even after 14 years of waiting, the carnivores had not lost their appetite! While John Hammond still followed clear rules with his idea of the amusement park, Hammond is killed by a pack of Procompsognathus, proving that Jurassic World is one thing above all else: more dangerous. Previously the dinosaurs had only been recreated using their conserved DNA, but this time around 'pimped-up' hybrids present an even more impressive spectacle to park visitors. Oversized predatory dinosaurs in the water and human-trained velociraptors on land - what could possibly go wrong?

In a story that continues 22 years after the events in Jurassic Park, this time the creators not only relied on high-quality animations but also on a special cast. Chris Pratt joined as Owen Grady, a new main character in the struggle for survival in Jurassic World, ensuring that the new film retained the charm and wit that has stayed with the franchise to this day.

“The power of genetics has been unleashed!” With these words, the latest film in the series announces great things. Three years after the disasters from the first Jurassic World, the island of Isla Nublar was left to the dinosaurs. When a volcanic eruption threatens the new empire of the primeval giants, people have to ask themselves whether the dinosaurs are worth saving. Support is provided by the return of an old friend from the Jurassic Park era: Jeff Goldblum alias Ian Malcolm!

Meanwhile, human-engineering of the dinosaurs genetic code has entered the next level. The T-Rex is yesterdays news! Intelligent and insatiably hungry - the dinosaurs have never been so vicious! In the EMP Shop you will of course find the latest merch from Jurassic World and everything that goes with it.

Now in the EMP Shop: Dinosaurs for your home

You've seen merch from the movies, but have you seen merch IN the movies? If you pay close attention in Jurassic World, you will see merchandise from the original Jurassic Park film. In the Jurassic World film from 2015, control room employee Lowery Cruthers wore an original shirt from the long-closed Jurassic Park! How cool is that? But it gets even better, because you can find the famous Jurassic Park t-shirts here at EMP too. You can't get more fan love that that!

We can't offer you tickets for the real Jurassic World, but fans can get up close and personal with merchandise from our online shop - and seriously: Wild dinosaur chases are much safer from your sofa - Experience the DVD!

Morning grouch? grab one of our Jurassoc Park mugs and let a t-rex wake you up. Then pull on a baseball cap featuring the iconic logo from the park and the day can start!