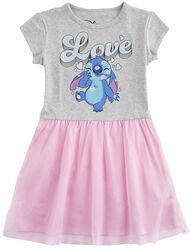 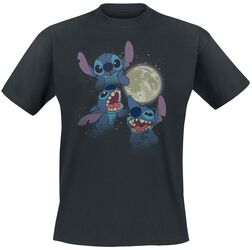 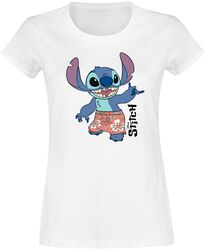 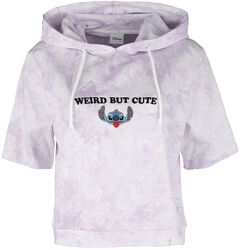 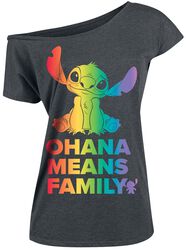 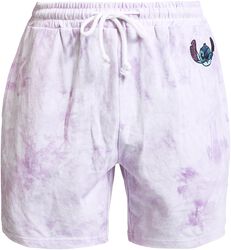 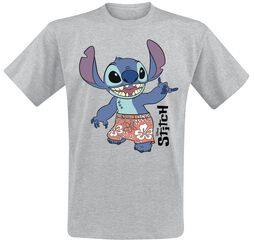 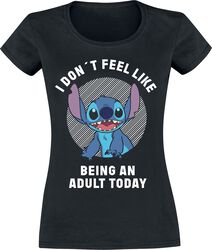 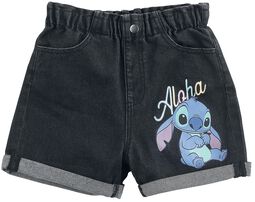 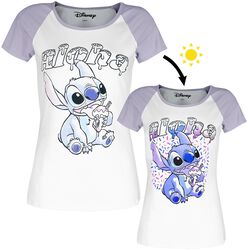 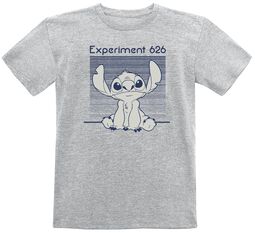 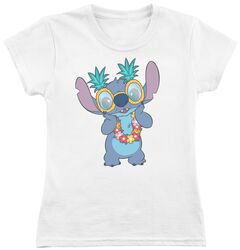 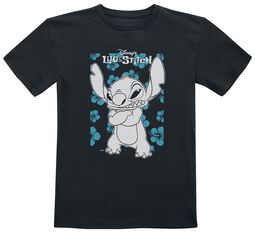 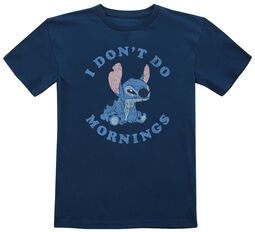 Looking for the perfect present for your sister? Or how about something to send to your bestie? Or maybe just yourself? Whoever you’re shopping for, there’s something for the whole ohana from our Lilo and Stitch merch.

Disney might be most famous for singing princesses and friendly mice, but in 2002, they did something a bit different. They set sail to Hawaii where a young girl was to make a new best friend. This friend just happened to be a blue alien. That’s right. Avatar wishes it did ‘blue aliens and humans make friends’ first.

The film might have been different than the usual Disney formula, but it paid off. Lilo and Stitch was nominated for the 2002 Academy Award for Best Animated Feature and Stitch has become beloved by audiences – why else do we have Stitch teddies and Stitch t-shirts across our range of merch?

Stitch came at the right time for Lilo. Lilo, the young girl, has her world turned upside down after the death of her parents. She is trying to cope with her everyday life, together with her sister Nani, who lovingly takes care of her. Nani, however, lives in constant fear that her social worker will decide Lilo needs more adult supervision and placed in a foster family.

To please her little sister, Nani decides that Lilo can choose a dog from the shelter. However, Lilo does not want a cute dog. She wants Stitch, an alien who has crash landed and been mistaken for an animal. Meanwhile, Stitch already has some hunters from space and even Dr. Jumba Jookiba on his heels.

This being Disney, there is of course a happy ending. And with the EMP Lilo and Stitch merch shop, you can keep the happy vibes going. Our Lilo and Stitch gifts include Lilo and Stitch clothing for kids and adults alike, plus accessories, drinking glasses and more.

A Lilo and Stitch in time, saves nine – check out our Lilo and Stitch t-shirts, leggings and other everyday essentials to make it easier to throw on an outfit with personality. And when it’s time to snuggle on down with Disney Plus, we’ve got Lilo and Stitch pyjamas and hoodies.

An unruly, blue alien with big ears and a little girl who has just lost her parents meet by chance on a paradise island and become inseparable friends. That sounds pretty crazy at first? It is: but the mixture of Hawaiian culture, exciting space action and the collision of two worlds is what makes "Lilo and Stitch" so incredibly endearing and exciting.


Lilo's world is turned upside down when Stitch escapes from a space prison and, after a wild chase, more or less successfully crash lands in Hawaii in his spaceship. Stitch is a creation of the mad alien scientist Dr.Jumba Jookiba, who was arrested for illegal experiments and is also serving a prison sentence.


While chaos is perfect in space, Lilo has completely different problems: after the death of her parents, she tries to cope with her everyday life together with her sister Nani, who lovingly takes care of her. Nani, however, lives with the constant fear that Lilo will be taken away from her and placed in a foster family, as her supervising social worker doubts that she can take over Lilo's upbringing. To please her little sister, Nani decides to let Lilo choose a dog from the shelter.


Lilo decides not to choose a cute dog, however, but Stitch, who was mistaken for an animal after his crash landing and locked in a cage. In the meantime, some hunters from outer space and even Dr. Jumba Jookiba himself are hot on Stitch's heels. Of course, there is still a happy ending, according to the motto: "Ohana means family. Family means everyone sticking together and being there for each other."


To save money, all the background graphics in the film were painted with watercolours. The film studio had not used this technique since the production of "Dumbo". However, the use of watercolours had more than just financial advantages: it makes the background less detailed and more visually appealing than a cluttered background, especially for children's films.


Originally, "Lilo and Stitch" was to be set in Kansas, but after much deliberation, Chris Sanders, the film's initiator, decided on Hawaii. Until now, Disney had never dealt with the sunny Pacific island, but Sanders was convinced that the dreamy beaches and fantastic landscapes would guarantee a unique film experience.


Prior to the production of "Lilo and Stitch", long research was conducted on the mentality of the inhabitants of Hawaii. To this end, the director and a team of various animators travelled to the island to experience the way of life and traditions of the islanders at first hand. During their stay, the creative minds were particularly inspired by the Hawaiian proverb "Ohana", which stands for the bond and cohesion of the family.


Your Lilo and Stitch Fan Shop


"Hang Loose" is your life motto and "Ohana" is your number one priority? With the "Lilo and Stitch" merchandise from EMP, you can not only show that cute aliens are just your thing, but also bring a touch of Hawaiian lifestyle into your wardrobe.


How about a Lilo and Stitch t-shirt? With a galactically cute Stitch print, of course, or an accessory in typical Hawaiian style? Whether earrings, hats or key rings, with these colourful accessories you can add a summery touch to any outfit.

What’s more, plenty of our Lilo and Stitch gifts and merch are EMP exclusives. We keep the good stuff for our EMP ohana here.