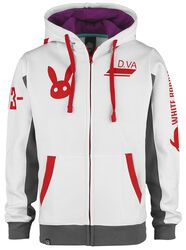 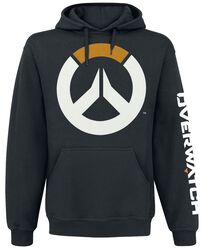 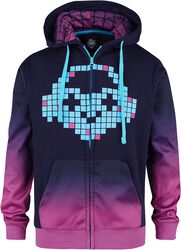 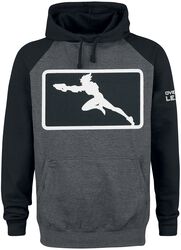 In addition to "Warcraft" and "Diablo", "Overwatch" is one of the most successful titles in the Blizzard universe. Worldwide 25 million players engage in epic online battles and feel the adrenaline rush in the fight between man and machine. The groundbreaking success of the multiplayer first-person shooter has led to true Overwatch mania since 2016: The heroes D.Va, Widowmaker, Sombra and Doomfist became the inspiration for thousands of cosplayers, and the battle against the omnics - robots controlled by artificial intelligence - still gets millions of views on YouTube. With such hype, the right merch should not be missing from any fans wardrobe: At EMP you can get the look of the popular Overwatch characters in the form of ultra-comfortable hoodies and casual Overwatch zip up hooded jackets.

Which Overwatch hoodies does EMP sell?


Your game, your style! The EMP range of Overwatch hoodies, sweatshirts and zip up jackets includes dozens of designs to make any gamer's heart beat faster. Are you looking for an Overwatch sweater for women or a D.Va hoodie? At EMP you’ll find cozy Overwatch clothes that are lavishly printed or with sewn-on flags and patches that identify you as a real fan. The colours range from bright to muted, and almost every character style is represented from Sombra to Ana, Zenyatta, Lucio, Junkrat & Co.


At EMP you can of course buy mens gaming hoodies in all common sizes, and have the option of a drawstring hood or split kangaroo pockets. How about a hooded jacket with a roughened lining to enjoy great comfort while gaming or outdoors? And because all Overwatch hooded sweaters in the EMP shop are largely made of pure cotton, normal machine washing is no problem at all!

Nerf this! Dive even deeper into the Overwatch universe and discover more fan merch at EMP, one of the hottest Overwatch shops online. How about, for example, an Overwatch Mercy figure or a trendyOverwatch Funko Pop! Figure? As a gaming fan, you’re guaranteed to find what you are looking for at EMP!