BLOODSTOCK is the UK’s biggest independent METAL festival with a heavy lineup including Judas Priest, Nightwish, Alestorm, Suicidal Tendancies and many more


EMP are giving away one lucky winner 2 Weekend Tickets and all you have to do is submit your entry to be in with a chance to win!


You can expect some 15,000 metal heads descending on the event in August 2018 for 4 days of unadulterated full on Heavy Metal!!!


BLOODSTOCK boasts over 100 international rock and metal acts across four stages, as well as other attractions including a huge international metal market, late night entertainment in the Sophie Lancaster Tent, fairground rides, ‘Lemmy's Bar’ festival bar serving real ale, full weekend camping and one of the best atmospheres the festival scene has to offer. Add to this a signing tent where you can meet your favourite bands, and for those of you who need those extra creature comforts - an extra special VIP experience in the Serpents Lair camping and hospitality backstage bar, which offers 100+ different real ales, this really is an unmissable date in the headbangers calendar. Metal brethren at your marks!


BY THE FANS FOR THE FANS and EMP can take you there!


Enter now by answering our quick question and you could be on your way to Bloodstock from 9th - 12th August!


The general Terms and Conditions relating to admission, which by attending the Bloodstock Open Air Festival, you agree to, are as follows:

1. Patrons will not be allowed access to the festival site until midday Thursday 9th August 2018.


2. All patrons are to vacate the festival site by no later than 13.00 Monday 13th August.


3. This ticket is issued subject to the rules and regulations of the venue owners, operators and management.


4. The management reserve the right to refuse admission.


5. Admission is at the ticket holders own risk. The promoter shall not be held liable for any loss, injury or damage sustained within the premises.


6. Neither the venue nor the promoter can accept responsibility for lost or stolen property.


7. Unauthorised photography or use of recording equipment is prohibited. No audio, audio visual or cinematic devices shall be brought into the Arena.


8. No vehicles allowed in to the campsites.


9. No fires or flame torches allowed on site.


10. Patrons are welcome to use disposable BBQ’s in the designated BBQ areas and camping stoves that use solid fuel only such as Hexamine Blocks.


11. A reasonable amount of alcohol can be bought into the campsite for personal consumption only and may not be consumed in the festival Arena.


12. No gas appliances or gas canisters allowed on site.


14. No bottles, cans, containers, alcohol or food will be allowed in to the Arena.


16. Fireworks, smoke canisters, knives and imitation weapons are not permitted on site. Any person in possession of such items will be refused entry.


17. Any person who fails to comply with instructions from a steward or other person acting for the management may be ejected from the venue.


18. The promoter reserves the right to alter or change the programme without notice.


20. In the event of cancellation, the face value of the ticket only will be refunded.


21. Duplicate tickets will not be issued under any circumstances.


22. Ticket holders consent to the filming and sound recording as members of the audience.


23. Only official merchandise will be on sale inside the Arena.


25. Parental advisory music warning: Some music played at the festival may contain explicit lyrics or have swear words associated with the Artists song.


26. Flags on poles are banned from the Arena.


28. Management reserves the right to vary these terms and conditions from time to time as required. 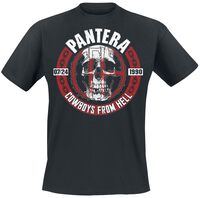 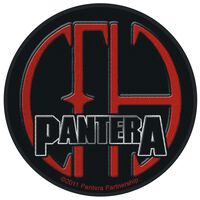