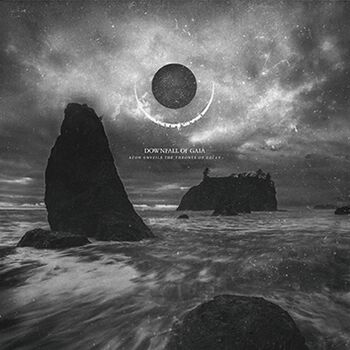 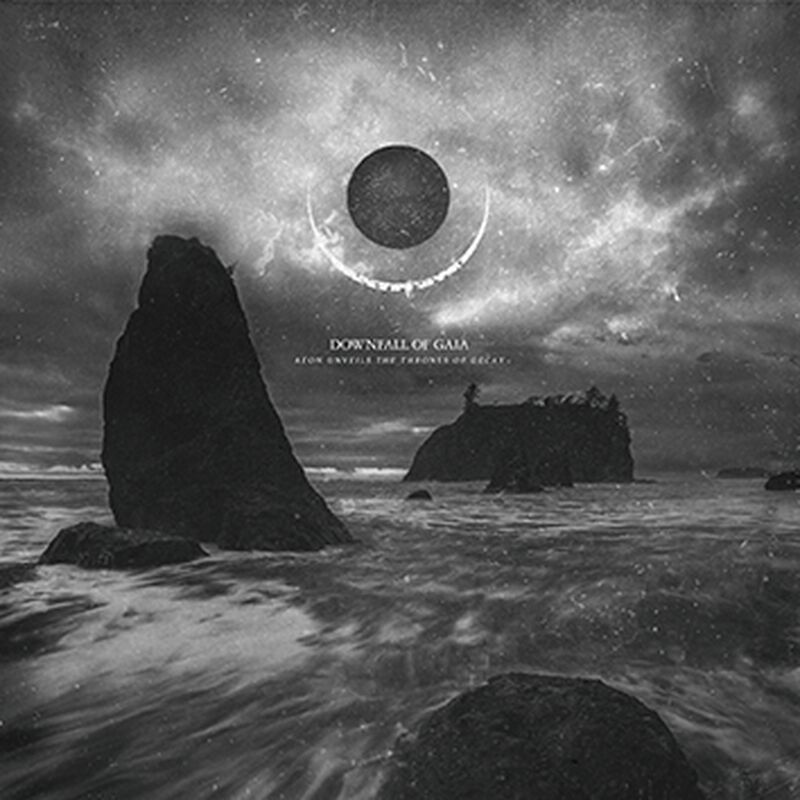 Aeon unveils the thrones of decay

Is released in a digisleeve.

There’s no way to stop this dark wall, that’s coming towards you, absorbing your mind and taking you into a realm of powerful soundscapes. The realm of 'Downfall Of Gaia' To produce their second disc, the guys entrenched themselves in the ’79 Studio in Cologne and began working on new music. The result was mixed in the renowned Atomic Garden Studio in San Francisco’s Bay Area, but mastered in the well known Audiosiege Studio in Portland, Oregon. Now the new masterpiece is completed and ready to take the awaiting listeners by storm. The band, once again, has a concept. In their lyrics they quarrel with the perhaps most powerful enemy of man: time, that never stops running. That’s why Downfall Of Gaia save calmer song fragments, as well as breaks, and relentlessly fight through this album that is titled “Aeon Unveils The Thrones Of Decay”.