No bull - The director's cut

Why did it take 12 years before the concert recordings were released on DVD?! However, it contains everything great about AC/DC: 20 hits in two hours, Angus in school uniform, Brian on the wrecking ball and 20,000 amazed Spaniards. What else do you want? Incl. unreleased bonus material!

by Marcel Anders (06.10.2008) The 1996 gig at the Plaza De Toros De Las Ventas in Madrid for the first time on DVD and in 5.1 Surround Sound quality - which makes this concert at least a bit more exciting… Because this is yet another presentation of the proven and tested: Angus in his school uniform, producing one killer riff after the other. Brian Johnson, the likeable rough, clambering up the wrecking ball and banging on the Hell’s Bells with the rest of the band totally inconspicuous in the back. The real show is provided by the audience anyway: 20.000 fans singing along to literally every evergreen of the world-famous Brit/Aussie union, and having a ball doing it. AC/DC deliver the respective sound barrage, this special mixture of dirty Blues and earthy Hard Rock: they do not skip one single highlight of their repertoire, including a huge voluptuous inflatable doll which is brought on stage during "Whole Lotta Rosie"... Which is a little dash of colour in this otherwise spectacularly unspectacular performance showing the Rock icons once more as the well-oiled Hard´n´Heavy jukebox they are. 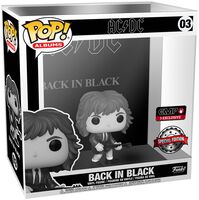 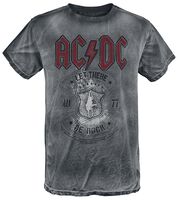 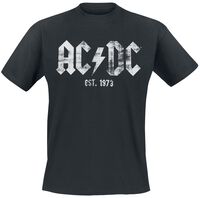 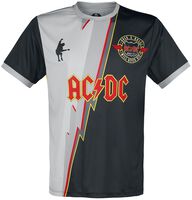 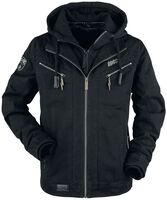