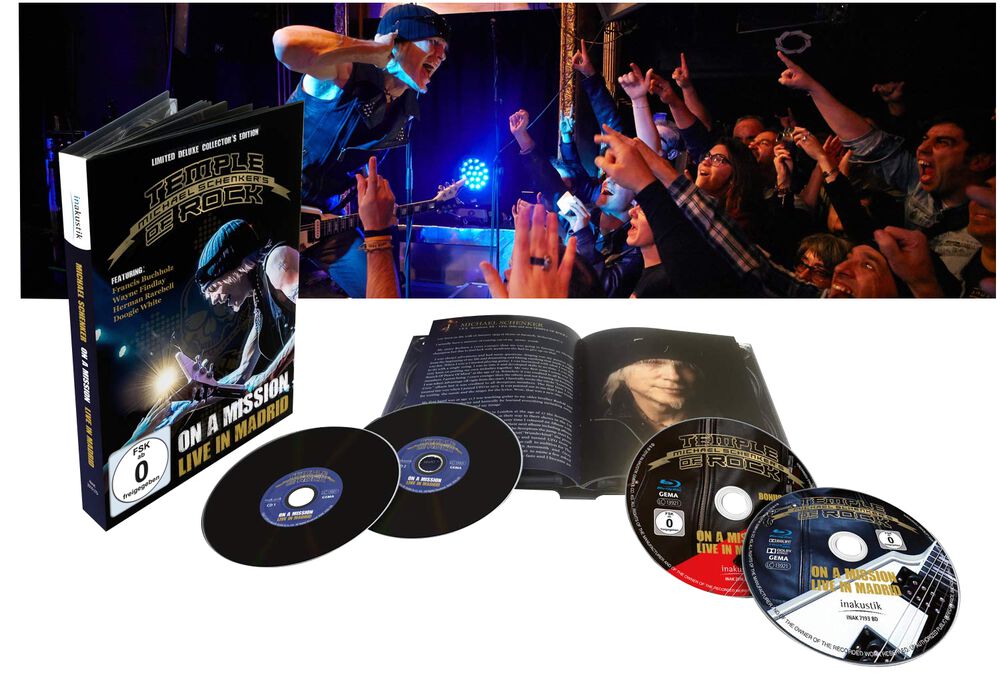 On a mission - Live in Madrid

What sounds clumsy, is a serious invitation to fans of the mad axeman. Where else do fans of high quality guitar rock get a similarly emotional and energetic performance? This line up will make every fan of the international music scene go nuts! This extraordinary line up built their 'Temple Of Rock' in the Joy Eslava in the centre of Madrid as a part of their world tour 2015/2016. They chose this location on purpose. The musicians high-fived with their fans while they sung the hits old and new. All musical phases with Michael Schenker were considered and it became one big festival of joy. It also became a message of how enriching music can be for life. Michael Schenker presented his new double neck for the first time, a flying-M with two necks and two times six strings. 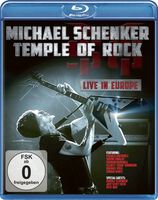