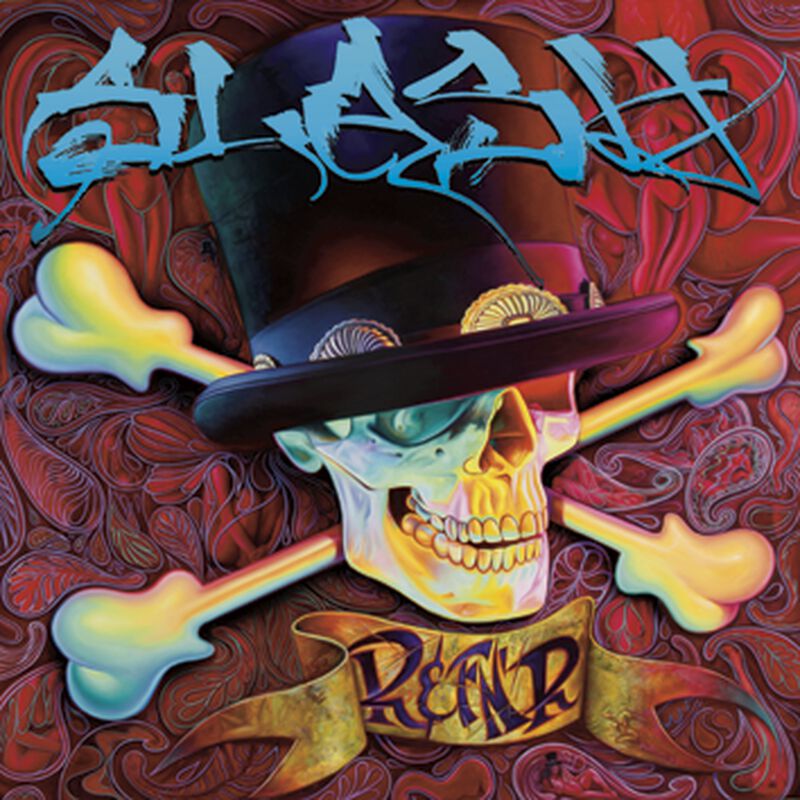 by Thomas Clausen (29.03.2010) The weird world of Saul "Slash" Hudson: after his groundbreaking guitar work in bands like Guns N´ Roses, Velvet Revolver or Slash`s Snakepit, the eccentric Rock icon with the top hat and the sunglasses releases his very first solo album just now! And it is a truly great album, with 13 guest star-studded songs: no lesser than Ozzy Osbourne, Iggy Pop, Motörhead's Lemmy Kilmister, Kid Rock, Chris Cornell, The Cult front man Ian Astbury, Dave Grohl, old mate Duff McKagan, and many, many more... A veritable all-star line-up indeed. Musically, Slash stays true to himself as usual, delivering his best, classy performance hovering between rough and soft: stomping Rock tracks ("Doctor Alibi", "Nothing to say") meet smooth ballads ("Crucify the dead", "I hold on"). Come on, crank it up - and get the party started! 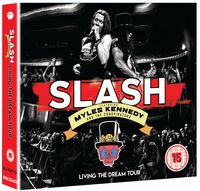 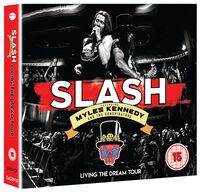 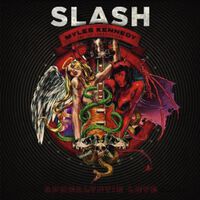