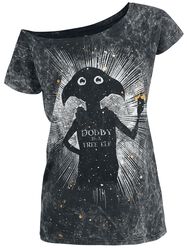 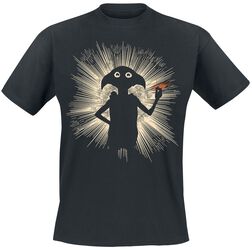 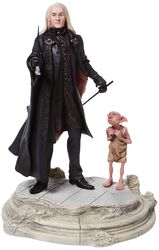 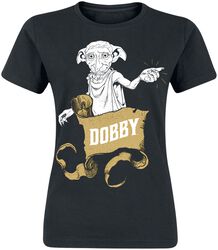 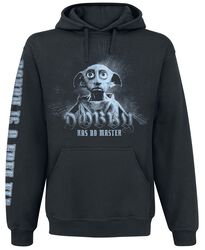 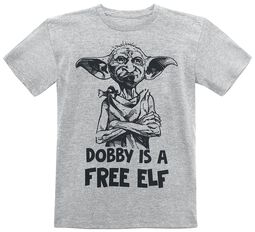 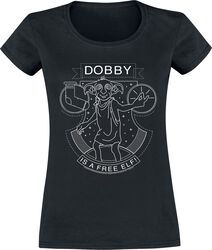 Okay, wait, maybe not exactly in the look of the knee-high elf with the baggy ears, because you will need a little more than a tattered pillowcase around your hips ... But who, if not Dobby the elf, in the epic tales about Harry Potter and the great magical world of JK Rowling, proved that true self-expression doesn't come from outside, but from inside! For this reason, the EMP online shop offers you a large selection of Dobby merch, so that you can immediately make it clear to everyone that the house elf is by your side!

Dobby ekes out a long existence as a servant in the dangerous Malfoy family, but he is not really satisfied under Lucius' yoke - and who could blame him for that? But unlike the little elf, your style is in your own hands, and just like Dobby, you have to do it all a magic wand! How about, for example, a Dobby t-shirt from our Harry Potter shop, which of course will go perfectly with our other Hogwarts clothing. The master may have given Dobby a sock, but the EMP Shop will fill your entire wardrobe with magical tops for every season ...

The sanctuaries of ... Dobby the Elf

Artifacts like the Goblet of Fire or the Deathly Hallows play big roles in the magical world - with accessories and necklaces inspired by Dobby the House Elf, you can now create your very own Horcruxes - can't hurt, right?

Service and devotion are Dobby's strengths and we would like to help you to find your own style. Wristwatches, gym bags and much more align your outfit in the style of the house-elf and show everyone that it's not just Dobby that is loyal to Harry Potter.

If no magic in the world can stop your collecting fever then you are just like us. In which case the EMP Funko POP! shop is worth a look. Harry Potter Funko Pop figures with their typical big button eyes and famous charm, look great in every apartment. Combine a Dobby Funko Pop! with other characters from the Potter epic and put together your very own troop to defend against the dark arts. In this sense: "Protego Maxima Fianto Duri Repello Inimicum."