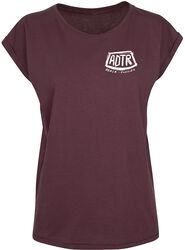 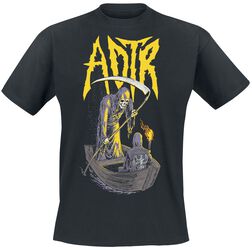 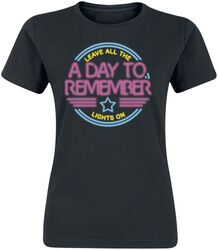 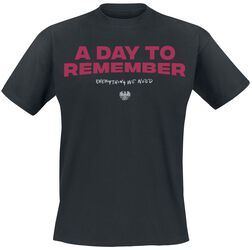 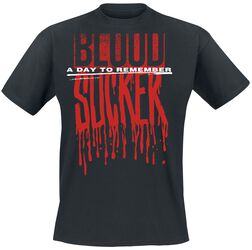 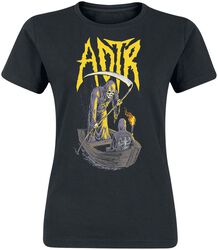 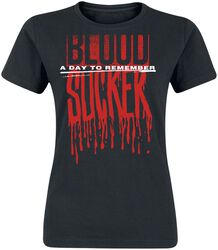 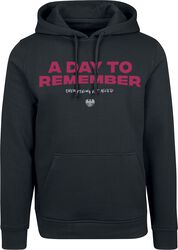 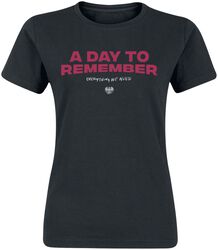 A Day to Remember are certainly a band to remember, for their euphoric rise from dreamers in Florida to rockers selling out shows across America – and beyond. Get ADTR merch to remember from our ADTR store, stocking some of the very best A Day to Remember merch in the UK – including exclusive, only-on-EMP ADTR t-shirts and more.

Formed in 2003 by guitarist Tom Denney and drummer Bobby Scruggs, A Day to Remember – often referred to simply as ADTR by fans – have been described as an amalgamation of metalcore and pop punk. The current line-up consists of vocalist Jeremy McKinnon, guitarist Neil Westfall, bassist Joshua Woodard, drummer Alex Shelnutt and lead guitarist Kevin Skaff.

The band have stayed active throughout the last couple of years, releasing a new album – their seventh, titled "You’re Welcome" – in March 2021. If they can keep going during lockdowns, pandemics and more, then so can we.

Our online ADTR store includes shirts, hoodies, LPs and other bits from the band’s illustrious history. And it's a history that caught fire with their first album, "And Their Name Was Treason", released in 2005. Subsequent albums like "For Those Who Have Heart" (2007) and "Homesick" (2009) helped solidify the band’s status as tent poles on the touring circuit, leading up to one of their first worldwide tours in 2010, to support new album "What Separates Me From You" (2010).

Dedicated to touring and connecting with their followers, the band realised their shows meant more than just entertainment to many fans. After talking to his girlfriend, singer Jeremy McKinnon realised that many fans were going away from ADTR shows feeling better – about everything. Music heals, and so he came up with the idea of the first Self Help Fest.

The Self Help Fest was a time to bring together likeminded fans for some feel-good pop-punk, rock and different subgenres. The inaugural Self Help Fest took place in 2014 in California. A Day to Remember headlined the festival, and many other punk rock and metalcore bands performed throughout the day, including Bring Me The Horizon, Of Mice and Men, The Story So Far, Memphis May Fire, Attila, and Letlive.

If you can’t wait for the next one, Self-help yourself to a selection of our ADTR merch from the online EMP store today.

ADTR Records – a new chapter for A Day to Remember

ADTR are a band who connect with their fans and really foster a sense of community, so it’s no surprise the fans rallied around them as they took on ‘the man’ – aka their label. The band fought Victory Records for many years, but won the right to self-release their music while a verdict was pending. Refusing to be kept down, the band saw huge success in their self-released records through ADTR records, including the albums "Common Courtesy" and "Bad Vibrations".