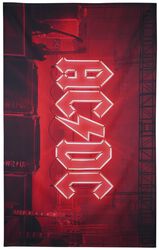 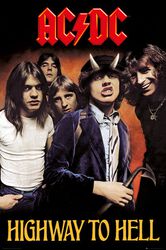 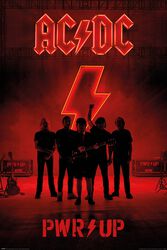 Whether you’re bringing back a special friend for the evening or you’re just having the group around for a bit of AC/DC on the speakers, let’s be honest, you don’t want them to be judging your décor. A ‘Live, Laugh, Love’ print from IKEA might not scream Highway to Hell. Swap out the bland for your favourite band and check out our collection of AC/DC posters and prints…


You want to leave your guests Thunderstruck by your innate rock and roll soul, we get it. That’s why we’ve searched high and low through the Mists of Time to find the best AC/DC wall décor, pictures and posters to transform any room. The collection of AC/DC posters in the EMP store includes the very best of the Aussie band’s legacy, as well as celebrating the band’s longevity in the present day.


A melting pot, AC/DC are an Australian band formed by Scottish-born brothers, Malcolm and Angus Young. Add in another Scot – Bon Scott – and AC/DC flipped the power switch on and lit up Australia with classic rock hits. It wasn’t long before they moved up from Down Under and become rock icons around the world. With their first globally distributed album, High Voltage, the group found worldwide success… followed by tragedy. Bon Scott passed away in 1980. The band, with the blessing of Scott’s family, pushed on to create a legacy that will have all members – including new vocalist Brian Johnson – become certified rock gods. Across their 16 studio albums, the band have sold more than 200 million records worldwide.


Several of their albums and singles are iconic cornerstones in rock. Back in Black, released in 1980, is considered one of the best-selling albums of all time – across any genre. Celebrate this genre-defining masterpiece by purchasing a framed image of the Back in Black artwork for your home.


Other AC/DC posters and prints include a PWR UP AC/DC flag and a Bon Scott flag. Bon Scott is still an integral part of AC/DC history who is memorialised by fans and the band alike.


From album artwork to collages of the band live in action, we’ve also got a 2022 calendar for those needing to plan when they are about to rock. Listen, for there to be rock, sometimes there needs to be organisation.


From AC/DC posters to calendars and framed images, your home will be saying Let There Be Rock without you needing to lift a finger. If you want to match the vibes of your rooms, deck yourself out in our AC/DC clothing too!