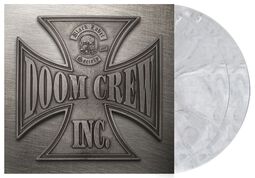 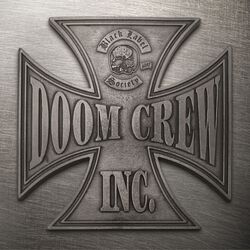 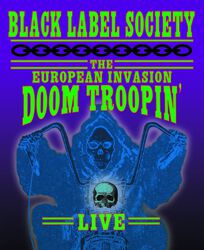 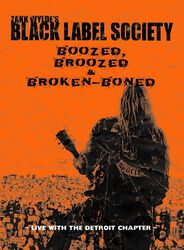 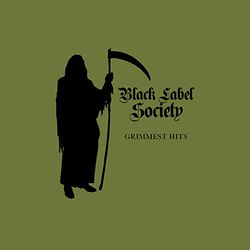 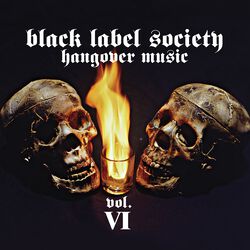 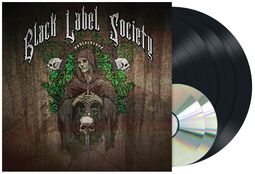 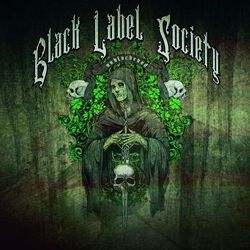 The musician Jeffrey Philip Wielandt alias Zakk Wylde is best known for playing guitar for Ozzy Osbourne in the late 1980s. Together he and Osbourne, hit several milestones in the music scene. Nevertheless, the instrumentalist and the Prince of Darkness went their separate ways, as he could not stand the long gaps between works. Instead, Wylde started his own heavy metal group: Black Label Society. The group did not have many members at first!

Wylde recorded his debut album "Sonic Brew" in 1999 with drummer Phil Ondich. Zakk sang the vocals as well as playing bass and lead guitar. As impressive as this constellation might be, the troupe needed more than two musicians for a tour. So they hired Nick Catanese (guitar) and John DeServio (bass). The group had grown now, but still only Wylde and Ondich went to the studio for the second album.

In the following years there were many changes to the bands line-up: Steve Gibb took over the bass for a live LP before he moved to Robert Trujillo via Mike Inez and ended up with James LoMenzo. The cymbals were also crashed by someone else: Craig Nunenmacher now sat behind the drums. The constant changes among the members were probably the reason why Wylde continued to record the Black Label Society albums with only one drummer. Bassist LoMenzo and guitarist Catanese were only allowed to play on the eighth album.

However, after that it was time to say goodbye to LoMenzo, because he was replaced by John DeServio. But despite all the back and forth within the formation, fans never fell by the wayside: Black Label Society continuously brought new albums put. These include "Shot to Hell" (2006), "Skullage" (2009), "Order of the Black" (2010), "The Song Remains Not The Same" (2011) and "Catacombs of the Black Vatican" ( 2014). Between the studio recordings there was a lot of touring and filming, which resulted in live DVDs that impressed fans with 'catchy' heavy metal.

For the right amount of heavy metal we have the right amount of merch in the Black Label Society online shop from EMP. Black Label Society merchandise includes a large selection of albums by the band. The discs are available on CD as well as LP. If you want more than just the harsh sound, you can get also tons of t-shirts and hooded jackets from EMP.

Are you in the mood for more good bands? No problem, take a look at Black Sabbath, Pantera, Megadeath Merchandise or Judas Priest.