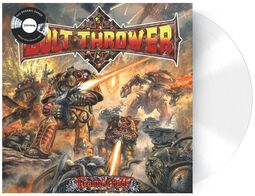 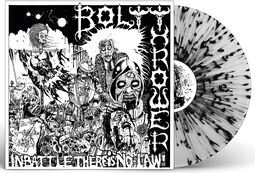 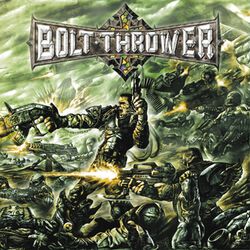 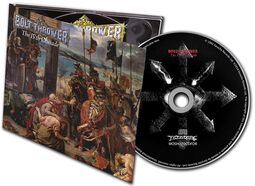 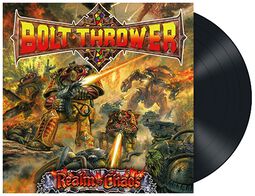 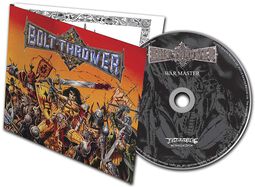 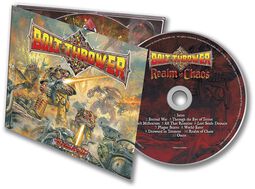 Coventry. Full of history, heritage and… heavy metal. That’s right, the land of Philip Larkin and WWII ruins is also the birthplace of one of the UK’s deadliest death metal bands, the high-octane, high-intensity Bolt Thrower. Over the course of their 30-year career, Bolt Thrower went through different line-ups and released eight studio albums, three EPs, one live album, three compilation albums and two demos. Their sound was a thrashing mix of heavy metal and grindcore, which borrowed elements of punk.

Enter the Realm of Chaos… aka our official Bolt Thrower merch store. Stocking a range of authentic, licenced Bolt Thrower merch, our online store really is the nuts. Bolts. Nuts… (we try, okay). Our Bolt Thrower merchandise includes remastered and limited edition re-releases of the band’s iconic discography. Get your hands on these rare, collectors editions of albums including "Realm of Chaos", "Honour Valour Pride", "War Master" and "For Victory".

In September 2016, Bolt Thrower fans were dealt the news they were dreading. Following the first anniversary of drummer Martin Kearns' death, Bolt Thrower announced that they would not continue as a band.

In a touching statement, they explained why, writing: ‘We spent over 20 years together, touring the world, with 3 different vocalists, but he was so much more than just a drummer to us. So when we carried his coffin to his final resting place, the Bolt Thrower drummer position was buried with him. He was, and will now forever remain THE Bolt Thrower drummer, our Powerhouse and friend Martin 'Kiddie' Kearns.’

A fitting end to a band that showed what Little Britain could do, rivalling heavy metal bands from across the globe and helping revolutionise the sound of early grindcore. A band like Bolt Thrower will never really go away, not as long as new generations of metalheads are forged, ready to test their mettle. Celebrate the band’s legacy and shop our Bolt Thrower merchandise today.