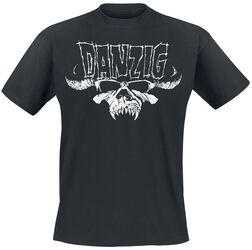 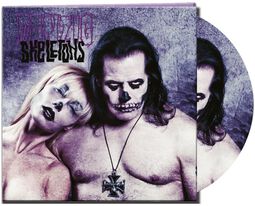 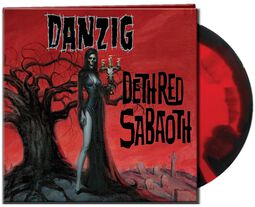 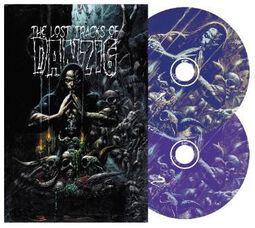 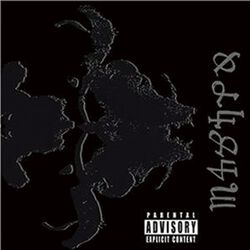 ‘We are each our own devil, and we make this world our hell’ – Oscar Wilde. For many readers, this quotation is perhaps a macabre threat, or a chilling premonition. For Danzig, it was a promise. You’ll feel the darkness repeated throughout the Danzig merchandise available in our online EMP shop, but that’s just scratching the surface.

Formed in 1987 and still going strong, Danzig is a heavy metal band fronted by ex-Misfits singer Glenn Danzig. The group quickly made a space for themselves in the rock scene, fusing Glenn’s crooner way of singing with bluesy, doom rock. Think Elvis turned evil. Frank Sinatra in flames. The juxtaposition of a crooner style vocal with heavy metal instruments and bleak, visceral lyricism made Danzig a band with few direct peers. Their openly satanic lyrics and controversial imagery pushed them even further into their own field.After a juggernaut mainstream hit with a live version of 1988 song ‘Mother’, the band forged ahead, experimenting with industrial sounds and expanding their heavy metal shredding and slashing.

Amassing a rabid following, Danzig have released twelve studio albums over the past thirty-plus years. Danzig’s discography include:

Danzig have often struggled to shake off the shock and outrage at some of their satanic allusions. Glenn Danzig has gone on the record to neither confirm nor deny his position on the Prince of the Underworld. He has been quoted as saying: ‘I embrace both my light and dark side... I definitely believe in a yin and yang, good and evil.’ Although he has been cited as voicing support and approval for certain aspects connected to the ideologies of Satanism, including the quest for knowledge and individual freedom.

Whether or not people accept the satanic imagery and lyricism as authentic is a question of personal taste, but Glenn Danzig’s musical authenticity can’t be questioned. Far from a gimmick, he had a successful career with Misfits before establishing Danzig and Glenn has written songs for other iconic musicians, including Johnny Cash and Roy Orbison.

A musical maverick and artists who refuse to follow anyone else’s path, discover the band’s history further with our selection of Danzig merch online. A Danzig t-shirt proudly bearing the band’s classic logo is a great place to start, and an immediately recognisable motif that will attract your fellow fan-zigs. Other Danzig official merch includes selections of their discography, with jewelcase CDs of some of their albums including Lucifuge and How the Gods Kill.