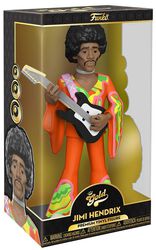 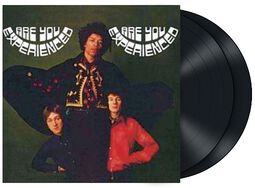 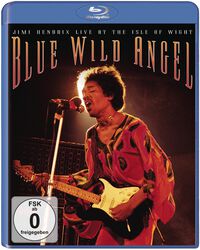 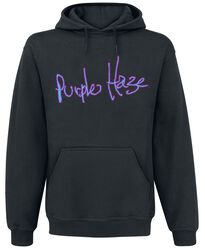 On November 27, 1942, one of the most creative minds the rock industry has ever seen was born. Jimi Hendrix changed rock and its listeners like no other.

Jimi Hendrix managed to do what many before him had tried and failed to do. He used the electric guitar in a way that nobody else did. His feedback, unique frequency overlays, and distorted guitar sounds will forever remain legendary.

Jimi Hendrix came into contact with music early on when his father gave him a ukulele. Later, Jimi Hendrix bought an electric guitar for himself. At that time, nobody knew how much Jimi would write music history with this electric guitar.

In the early 1960s he played with various artists such as Little Richard and King Curtis. But he realized that he'd rather be alone on stage than share the spotlight. After moving to London he quickly became famous for his unique way of playing guitar and released his first singles such as "Hey Joe", "Purple Haze" and "The Wind Cries Mary" - singles which landed straight in the top ten. Then Jimi Hendrix released his debut album "Are You Experienced?" An album that went down in rock history.

It was the beginning of the Jimi Hendrix Experience.

After the debut album "Are You Experienced" came further milestones in rock history. In 1967 Hendrix released "Axis: Bold As Love" and a year later Jimi Hendrix's "Electric Ladyland" came out. His guitar playing remained as extraordinary and unique as before, but by this time new facets had been added to it.

At concerts, Jimi Hendrix tore down one stage after the other. One of the highlights was his appearance at the Woodstock Festival in 1969, when the former soldier played an incendiary instrumental version of "The Star Spangled Banner".

Jimi Hendrix last concert was on September 6th, 1970 in Schleswig-Holstein. Twelve days later he died in London from causes that are still not clear to this day. But even after his death he was able to continue to inspire people. The albums "Valleys Of Neptune" and "People, Hell and Angels" came out well after his death and include unreleased songs. The Jimi Hendrix Best Of will never be forgotten.

If you're just as impressed with Jimi Hendrix as we are, then take a look round the EMP Jimi Hendrix Shop. Here we have a lot of Jimi Hendrix vinyl's, CDs, LPs and even DVDs. With our Jimi Hendrix t-shirts you can show everyone that you are a fan of this music legend. And if that's not enough for you, we also have patches and posters by Jimi Hendrix too.