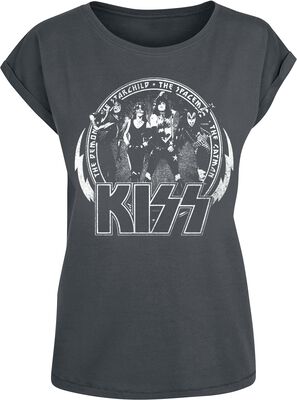 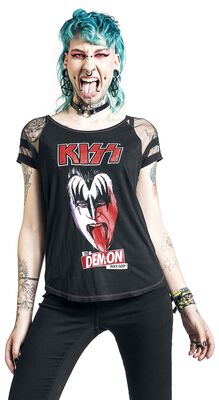 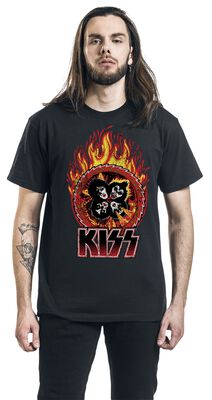 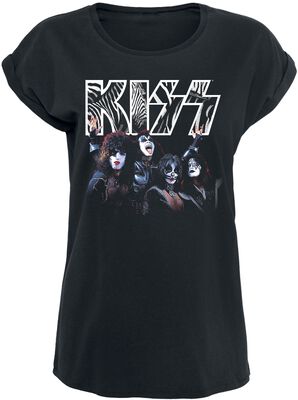 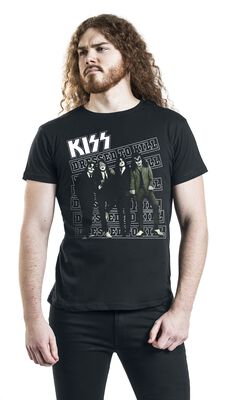 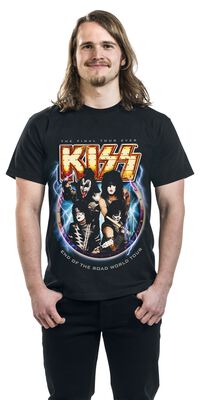 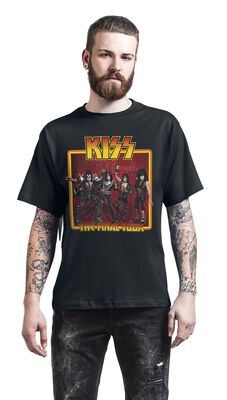 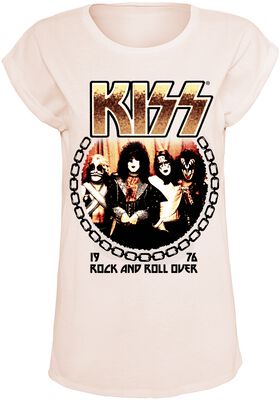 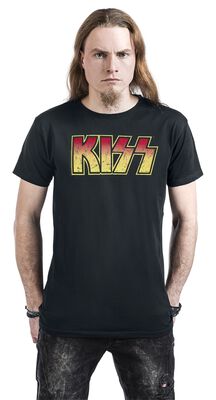 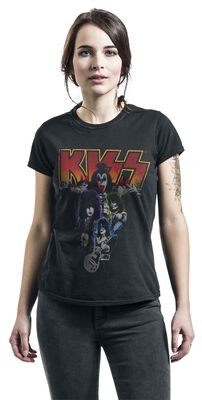 KISS, the glam rockers known for their tongue-wagging, face-paint theatrics, don’t get the credit they deserve for basically popularising rock merch.

While their music definitely earned them their spot in rock music history, most of KISS mania was not necessarily kickstarted by their music to begin with. Riotous and rebellious kids of the 70s were first infatuated with the look of Kiss, and decked out in outrageously flamboyant costumes and makeup, the band fashioned the sort of stage show that had to be seen to be believed. Today, many large-scale theatrical rock shows owe a debt to KISS, who pioneered their early 70s and 80s shows with dry ice, smoke bombs, elaborate lighting, blood spitting, and fire breathing.

Beatles mania for a midern audience

KISS exploded because of their stage antics. They dominated all aspects of pop culture in a way that built on Beatles Mania for a more modern audience. KISS had the benefit of the newer technologies and mass marketability. Thousands of pieces of merchandise hit the marketplace including pinball machines, board games, clothing and makeup and masks to recreate the band’s look. If that wasn’t enough, the group had two comic books released by Marvel as well as a live-action TV movie, "Kiss Meet the Phantom of the Park". By 1977, a poll named Kiss the most popular band in America.

Once people were used to the surface, KISS kept their momentum going by proving their substance was just as engrossing. Their sound laid the groundwork for arena rock and the pop-metal that dominated rock in the late '80s.

Because KISS understood the power of merchandise and branding like no other band before, it makes sense that we here at EMP are stocked full of official KISS merch. Our KISS t-shirts are varied in design and come in inclusive sizes. Not content with just sticking the band logo on a t shirt, we’ve got a KISS t shirt that slaps Gene Simmons’ face front and centre, tongue oversized and prominently featured – of course. Then there’s a KISS shirt with glitter effects for anyone looking for a shirt with more a bit more show. From retro KISS album covers and tour posters to animal print KISS crop tops, give boring fashion the kiss-off and shop the range today.