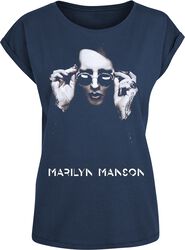 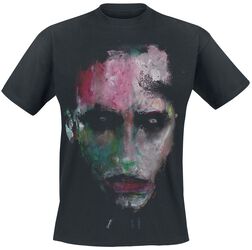 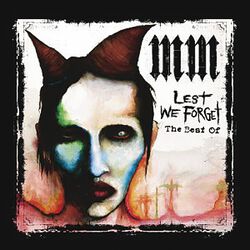 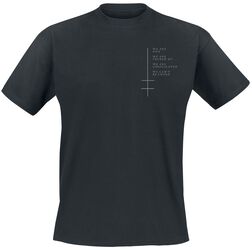 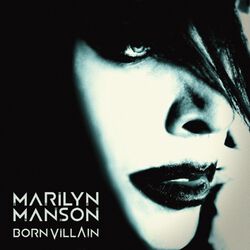 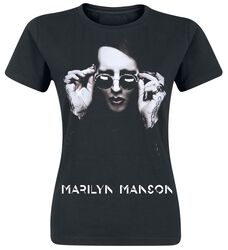 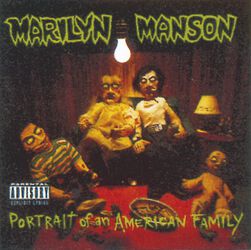 Manson is one of the most instantly recognisable figures in the international rock and metal scene. The American shock-rocker stands out from the crowd immediately, thanks to his appearance alone. The androgynous, garishly made-up being, with narrow shoulders, piercing eyes, bodice and suspenders, brings his fans stunning live shows, and is an icon far beyond the Gothic scene.

Who is Marilyn Manson?

The man behind the stage name is Brian Hugh Warner, born on January 5, 1969 in Canton in Ohio, the founder of the eponymous rock band. The name, which is both the band’s moniker and Warner's own artist name, originated from a combination of "Marilyn Monroe" and "Charles Manson". The fictional character thus combines the insane and criminal energy of the murderer Charles Manson with the naive charm and sex appeal of the actress Marilyn Monroe, reflecting the two worlds of American society at the same time. Manson wanted to make it clear through his name that good and evil are inseparable and both have their legitimate place in life.

♫   Did you know that Before becoming a rock star, Marilyn Manson was pursuing a career in music journalism   ♫

The career of an antichrist

Brian Hugh Warner, the former student of a Christian private school, got into hard rock at a young age, in particular the band KISS, whose drummer he often imitated. Later, as a music journalist, Warner had the opportunity to personally meet and interview the members of the band KISS. Like his idols, Warner also loves provocative performances. During a stay in Fort Lauderdale, Florida, together with guitarist Daisy Berkowitz, aka Scott Mitchell, he designed the overall concept for the band, including satanic multimedia masses, grandiose stage shows, controversial logos and sado-masochistic outfits.

Trent Reznor, a member of the band Nine Inch Nails, quickly became interested in this idea and was enthusiastic about the trashy mix of metal and synth elements. Trent Reznor became Manson's mentor and took the group under his own band’s wing. As expected, their success was both shocking and bombastic. The media saw in Manson a kind of new Aleister Crowley, and considered him the epitome of a disciple of Satan. Manson's fame grew rapidly. He got the media coverage and thus the publicity he was looking for and caused a worldwide sensation as a shock-rocker.

What else does Mr. Manson get up to?

More than twenty years have passed since Manson released his debut album “Portrait of an American Family”. Today, as then, he stands against old-fashioned moral concepts and the status-quo. The targets of his satire are not only corrupt politicians and prudish American citizens, but also the hypocritical media. The eccentric industrial rock superstar, for whom time is an abstract idea, and who lives without a calendar or a clock, has no thoughts about stopping his work, though – luckily for us!

So far, the band has released several Marilyn Manson albums and various live albums as well as several video albums and numerous music videos. Manson was awarded gold status for his work, including for the album "Antichrist Superstar" in Argentina and Australia. In Canada, the band went platinum twice in 1997 for the same album.

The albums "Mechanical Animals", "Smells like Children" and "Guns, Gods & Government" also went platinum in Canada. "Golden Age Of Grotesque" and "Lest We Forgot: The Best Of Marilyn Manson" have already reached gold status. And even the newer works like "Born Villain" and "The Pale Emperor" have us completely convinced - we just love Manson!

If you’re on the lookout for Marilyn Manson merch, you’re in exactly the right place. We’ll kit you out with the entire Manson discography as well as all kinds of fan merch. How about Marilyn Manson T-shirts , for example? As well as a huge range of shirts, you’ll also find Manson patches and loads more here.