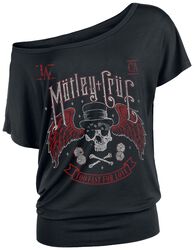 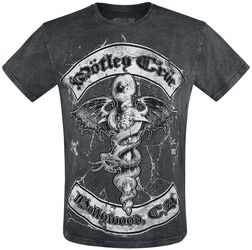 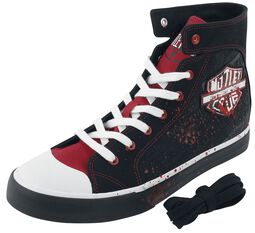 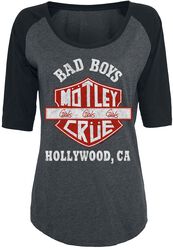 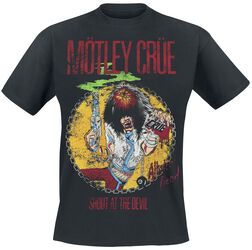 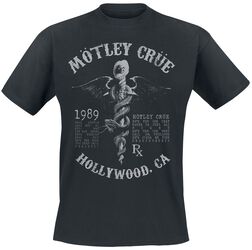 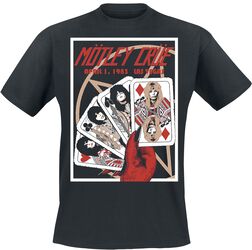 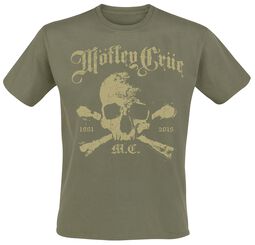 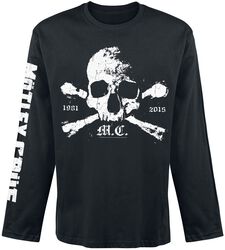 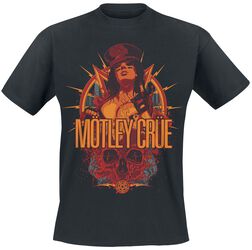 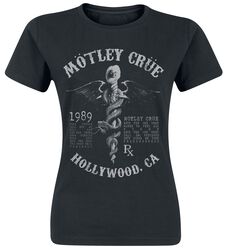 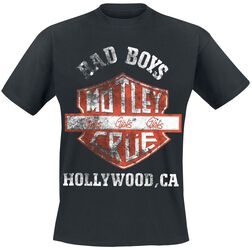 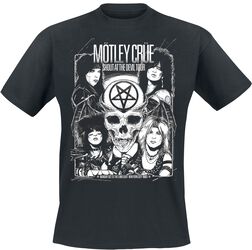 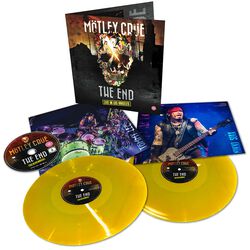 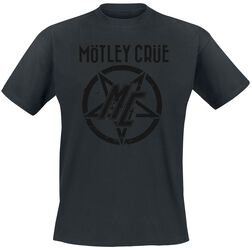 Boys and Girls, Girls, Girls, it’s time to take a walk on the Wild Side. Forget #SquadGoals. We’re going back to the originals. The original crew you wanted to be. Mötley Crüe.

Formed in Los Angeles in 1981, the band was founded by guitarist Nikki Sixx and drummer Tommy Lee, who were later joined by guitarist Mick Mars and lead singer Vince Neil. This was to be Mötley Crüe winning formula, with the group changing the face of glam metal, shocking and rocking the world for over 38 years (and counting).

Across nearly four decades, Mötley Crüe have released nine studio albums, multiple live albums and compilations, which have sold more than 100 million copies worldwide, including 25 million in the United States alone, making them one of the best-selling bands in history.

Mötley Crüe broke the mould on and off the stage. Their music blended hard rock with heavy metal and glam metal, but their personas helped solidify the rock and roll lifestyle 24/7. Not just showmanship for the stage, the band were the very definition of wild. The old stereotype of bands throwing TVs out of hotel windows? That was Tommy Lee. Their hedonistic lifestyle delighted and revolted the public in equal measure, cementing a hardcore fan base and at the same time shocking the censors.

With truth being stranger than fiction, Mötley Crüe – though never really staying quiet for too long – have had something of a renaissance amongst the younger generations because of their real-life antics. "The Dirt" isn’t just one of the band’s albums, it was the name of a Netflix movie based on the best-selling book co-written by Nikki Sixx, Tommy Lee, Mick Mars and Vince Neil. The film introduced the band to a whole new generation, a Primal Scream of anarchy against today’s culture which is wired much softer.

Celebrating one of the world’s biggest and boldest metal bands in history, asking band merch to ‘Kick-start my heart’ might be a little extreme but our Mötley Crüe merch will kick-start your memorabilia.

For Looks That Kill, you can’t go wrong with a Mötley Crüe t-shirt – a new outfit is a fool proof way to make you Dr Feelgood. In the EMP online store, we’ve got different designs – including vintage album prints, photos of the band in their heyday or prints which throw it back to their seedy California dive-bar roots. Find the right Mötley Crüe shirt for you and finish off the look with a band patch to add to your battle vest or jeans.

Other Mötley Crüe merch to accrue includes re-releases of the band’s iconic discography. We’ve got albums including the multi-platinum selling "Shout At the Devil", "Girls Girls Girls" and "The Dirt".

In true Mötley Crüe style, they couldn’t even follow the rules of retirement. Though officially announcing the end of the Crue in 2013, the band reunited in 2019. Since then, they put out new songs to accompany the Netflix biopic and are expected to go on a huge stadium tour with metal band legends including Poison and Def Leppard.

If you can’t get tickets, you can at least get Mötley Crüe merch from EMP. It’s the next best thing.