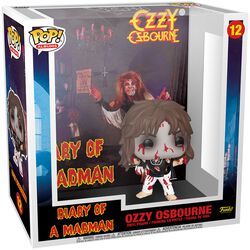 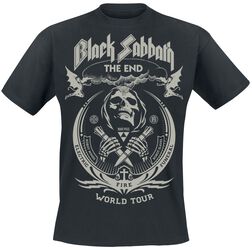 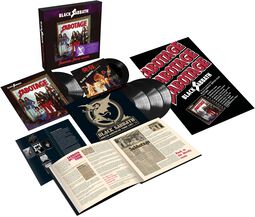 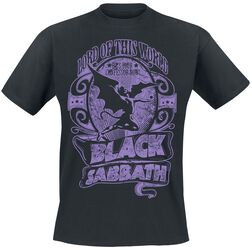 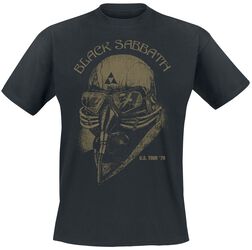 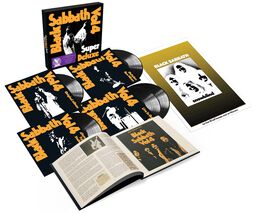 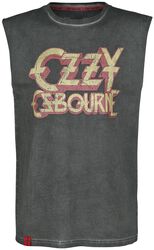 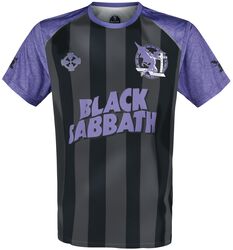 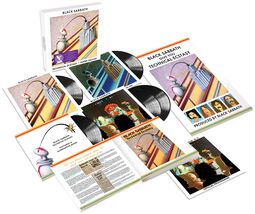 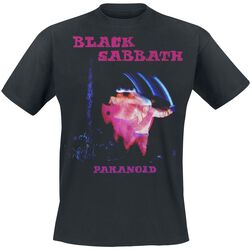 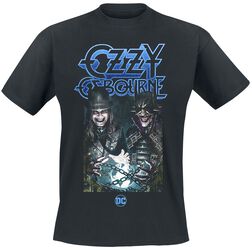 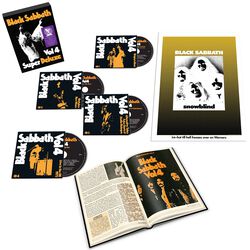 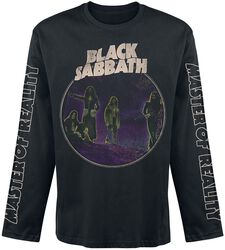 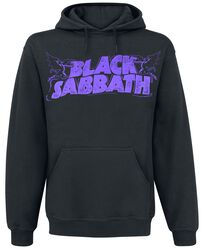 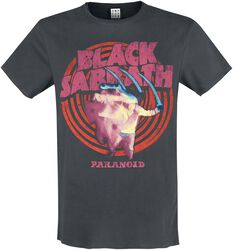 Prince Harry this. Meghan Markle that. Fed up of the royals too? We get it. There's only one Prince that we'll never want to dethrone. The Prince of Darkness. In our online Ozzy Osbourne store, you can shop a full range of all things Osbourne – Ozzy Osbourne merch covers everything from his hedonistic early days with Black Sabbath to his solo career.

Ozzy, ozzy, ozzy, oi oi oi. There’s simply nobody like him – and that is why he’s both the undisputed Prince of Darkness and Godfather of Metal. Swooping in like a bat out of hell (more on that later) during the 1970s, Ozzy gained notoriety as the lead vocalist of the heavy metal band Black Sabbath.

Despite the band becoming an iconic force in dark metal, Ozzy was actually fired from Black Sabbath, due to alcohol and drug problems in the late 70s. Obviously, this wasn’t going to stop him. And he went on to have one of the most enduring solo careers in metal, releasing 12 studio albums, the first seven of which received multi-platinum certifications.

Ozzy found his way home eventually, reuniting with Sabbath in 1997 right up until the band’s farewell tour that ended with a February 2017. The last performance took place in their hometown, Birmingham.

His second act – a return to mainstream media – came in the unlikeliest of ways. His family – wife Sharon and children Jack and Kelly – became the First Family of MTV, inviting viewers into one of the earliest reality shows around. The show was phenomenally successful and showed that the Prince of Darkness was a bit of a Prince Charming, too.

But… don’t let the quirky elder statesman act disguise the fact that Ozzy has been responsible for some of the most shocking urban legends and iconic moments in rock ’n’ roll history. On 20 January 1982, Ozzy would do something that has been parodied and talked about for decades - he bit the head off a bat live on stage. According to Osbourne in the booklet to the 2002 edition of "Diary of a Madman", the bat was not only alive but managed to bite him back, resulting in Osbourne being treated for rabies. When people say ‘they don’t make them like that anymore’, this is what they mean.

👀   Did you know that according to one documentary, Osbourne thought that the bat was one of those plastic bats that you get in toy shops - which is why he thought it was safe to bite into it. He had to get rabies shots for 30 days through the walls of his stomach following the incident.   👀

Rock, rebellion and a royal f**K you was in Ozzy Osbourne’s DNA – and now it can be in yours, when you shop our official Ozzy Osbourne merch. Toto, you’ll realise you’re not in Kansas anymore when you experience the Blizzard of Oz – available in a coloured re-release in our online Ozzy UK store. Other re-releases and LPs from his solo career and with Black Sabbath are available, including "Memoirs of a Madman", "Ordinary Man" and "Masters of Reality". Rock is for everyone – a Dem-rock-racy, if you will. So don’t leave any members of the family out. Sure, the kids can’t enjoy shots out of our Ozzy Osbourne shot glasses, but they can start their rock history early with Ozzy Osbourne onesies and bodysuits.

From Ozzy Osbourne t-shirts to Black Sabbath LPs, take a bite out of our store today.