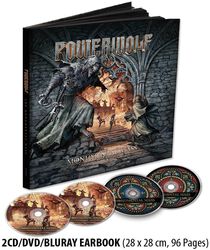 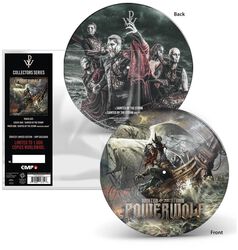 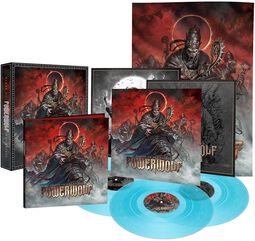 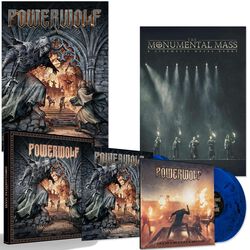 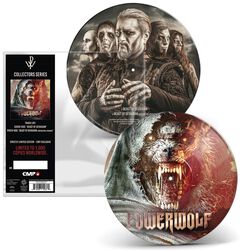 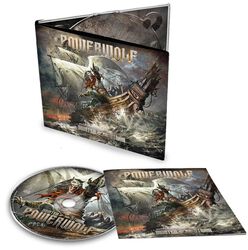 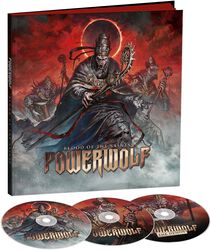 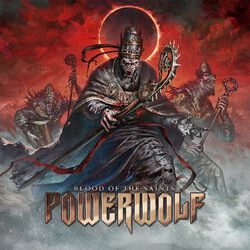 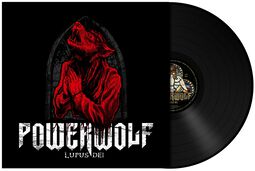 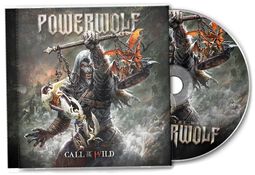 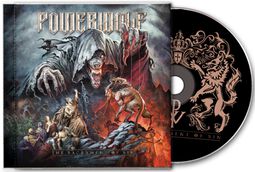 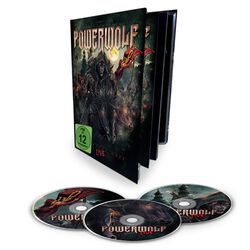 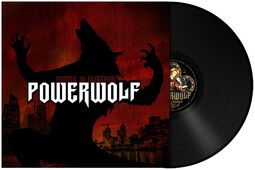 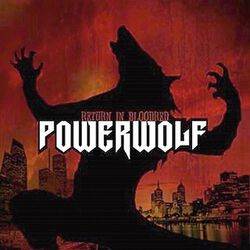 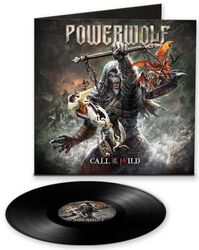 Do you know what bands like Dragonforce, Blind Guardian, Hammerfall, Sabaton and Helloween have in common? They all belong to Power Metal. In addition to these well-known groups, the guys from Powerwolf certainly don't have to hide. Their guitar riffs are typical for the genre, which rage alongside drums, accompanied by clear vocal passages.

Founded in 2003, the unique thing about the band Powerwolf, is certainly their song lyrics, which with Christianity as well as Romanian legends. In addition to classic metal instruments, Powerwolf also like to use organ sounds, however, the Powerwolf guys themselves say they don't want to be seen as a religious band. Apart from that, they also impress with their external appearance.

♫   Did you know that the debut Powerwolf album was supervised by Fredrik Nordström? He has also produced bands like In Flames and Hammerfall.   ♫

Experience the music of the grey wolves

Die-hard Powerwolf and Metal fans probably know the band's songs by heart. There is no hesitation when song titles like 'Demons Are A Girl's Best Friend', 'Montecore', 'Lupus Dei', 'Midnigt Messiah' or 'Blessed and Possessed' are mentioned. The album that goes with it is quickly pulled from the shelf and played.

But what if you are a huge fan and don't own any albums yet? Don't worry, you can buy your first Powerwolf album in our online shop at any time and continue your journey through Power Metal.

Even if you've only just started to listen to these fascinating representatives of this music genre and are still a Powerwolf and Power Metal newbie, you should definitely still browse our online shop. You are sure to find a new favourite album in our selected offer.

♫    Did you know that the band was formed by brothers Charles and Matthew Greywolf? And that these names are just pseudonyms? All the names of the band members are pseudonyms by the way.   ♫

The choice is yours - experience Powerwolf on vinyl or CD

In the age of music streaming services, why should you collect physical records at all? Here's the simple answer: Because they look awesome.

The album covers of metal records are usually very artistically designed. The Powerwolf albums are no exception. The drawn covers perfectly reflect the mentality of 80s metal - even though the band was only founded in the early 2000s. You don't want to miss these little works of art!

Are you a record lover and want the nostalgic feeling that comes when you put that black vinyl LP on a player? After all these years, do your fingers still tingle and your heart beat wildly when you carefully place the needle down? Then you are definitely going to want to stop by our Powerwolf vinyl's and find a new record for your collection.

But if records are too old school for you and you would much rather have compact CDs on your shelf, you will find them here. We have put together a Powerwolf CD album collection for you as well. Take a look around and buy your next favourite album. And if you like recordings of the live concerts: We also have Powerwolf DVDs on offer.

Not enough of Powerwolf?

Want to express your love for the grey wolves even further? You can do just that with our other Powerwolf merch! Just take a look at our Powerwolf t-shirts and tops as well as Powerwolf hoodies. The t-shirts are just as artfully designed as the album covers. In addition, you can only find some of the pieces exclusively here at EMP! Don't miss out!