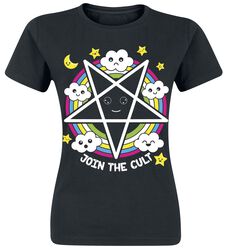 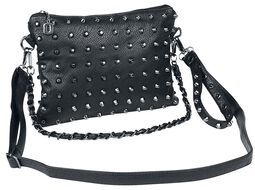 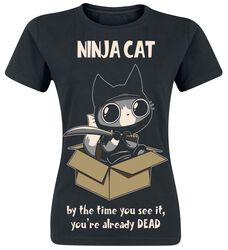 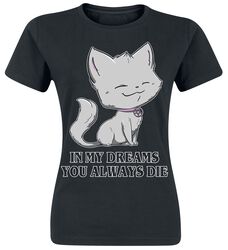 Come in! In the Cupcake Cult Managerie, a zombie pony, a zombie pikachu, a demonic Bambie and a psycho penguin are waiting for the performance to start!

This morbid circus takes place every day at Cupcake Cult! So think carefully beforehand, can your nerves take it? Are you ready for colourful and macabre goings-on!

Cupcake Cult clothing is particularly characterised by its comparatively simple cuts and the colourful and oblique prints. Cupcake Cult's speciality is alienating and zombifying well-known characters from films and games. Macabre and funny are combined so that an overall picture is created that is both cute and disturbing at the same time.

Eye-catching and grotesque prints are available in t-shirts for men, women and children. Among other things, you can meet a half-decayed Ariel mermaid combined with a Zombie looking hero who you will recognize from Zelda. But watch out for the crazy killer Sonic, who stops at nothing. He is particularly dangerous!

☠   Did you know that the record for eating the most cupcakes in the shortest time is 29 cupcakes in 30 seconds. The world's largest cupcake weighed over 1,200 lbs and had over 2 million calories.  ☠

We managed to catch some crazy crazy fiends! Elaborately processed and equipped with many details such as lacing, rivets, button eyes, monster teeth and sewn ears, to give clothing with an extravagant and funny look! Why not give the Cupcake Cult Monster coat a new home in your wardrobe?

Every item at Cupcake Cult is characterised by high-quality and workmanship but not all Cupcake Clothing is colourful and wonderfully strange. For anyone that likes things a bit more subtle there are some more understated imaginative designs in the range. For example, you can slip into a whole galaxy and carry a thousand stars with you with colourful intergalactic prints on gorgeous dresses, leggings and jackets.

Cupcake Cult not only provides a different kind of clothing, but also a different kind of accessory. You can find bags and hats studded with rivets, as well as stock up on sugar-sweet jewellery. The pieces go perfectly with bright or unusual clothes and give every outfit that certain extra something!

So check again whether you have your ticket for the Cupcake Cult Circus with you and then come in! Goths, punks and rockers will like the performance as much as those who just don't feel like mainstream clothes. Like to shock others? Clear the ring for Cupcake Cult!