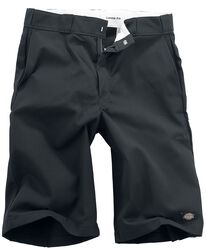 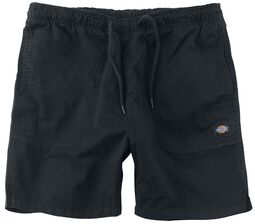 Dickies is THE address for high-quality everyday clothing that is simple yet stylish. In this country, Dickies clothing is often associated with the skate world, but the label from the USA has long since evolved beyond that.


Or vice versa: Actually, Dickie's clothes were never limited to this scene. Instead, the term workwear was coined and streetware redefined: Somewhere between subculture and pop culture, chino pants in particular have arrived at the heart of a generation.


A century of experience


The Texan manufacturer of clothing, a few shoes and some accessories began to conquer the world back in 1918. Literally: among the first major customers was the US Army, which had its uniforms made by the company during World War II. In the EMP Dickies Online Shop today there is only civilian equipment - but in the same quality.


The brand quickly acquired a good reputation for the durability of its products, which also reached Germany through the American soldiers. The Willamson-Dickie Manufactoring Company followed up on this from the 1950s onwards, selling pants for discerning customers all over the world.


More than just workwear in the EMP Dickies Shop


For a long time, the central market for the company remained workwear. This can still be seen today in the names of the products, the pants are called Work Shorts or Work Pants, but since the kids on the boards of this world learned to appreciate the solid fabric in the 1980s, which also survived a fall on the road, Dickies has become a fixture in the closet of the younger generations.


With the jackets Millersburg and Cornwell, for example, there are also real winter clothes. With the high-quality Dickies winter jackets you come perfectly through the winter! But the manufacturer became really famous through the Dickies pants, which are suitable in the sleek design both for crafts and for the office.


That there is no set style except simple elegance in the house of Dickies, is also reflected in the most famous of all customers.


Already the Foo Fighters rocked on stage with the famous yellow horseshoe on the chest, the logo of the brand. In the same way, however, the nu metal legends Limp Bizkit also wear the label on stage - and look just as good in it. At EMP, Dickies Online is also available for everyone else. In addition to the pants, tank tops, jackets, shoes, shirts and shorts can also be found in the Dickies store.


From America into your own closet


The fact that the Williamson-Dickie Manufacturing Company is a Texas company and, in addition to being a pioneer in quality merchandise, is also absolutely homegrown can be seen in the product catalog: The classic hoodie with logo on the chest is called Nevada, the cap for rough weather was named Alaska.


No frills here, it's all about sensible basics. These clothes were made by people who know what it's like in the world. At Dickies online, there are shorts that feature extra pockets and are simply called 13 Multi-Pocket Work Shorts.


And the concept of simplicity absolutely works: In the EMP Dickies store, instead of surprises and always new designs and collections that change every six months, there is exactly what the brand has become famous for: high-quality Dickies clothes in super quality for everyday life.