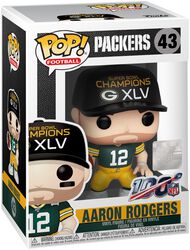 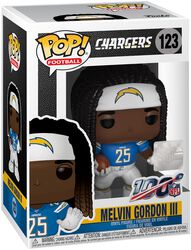 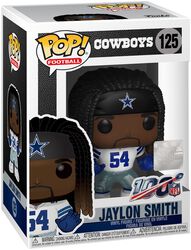 The NFL (National Football League) is a professional American football league organised by the American Football Conference and the National Football Conference. It is made up of 32 different teams that are divided into a further 4 categories. American football is played over seven weeks across 16 games, with the best four teams from the division standings then competing in the playoffs to win the championship.

The best two teams are named as wild-card qualifiers and square up to one another during the Super Bowl. Not just an American sporting event, the Super Bowl is now finding more and more fans in Europe and is traditionally played on the first Sunday each February.

For motivational incentives, players are showered with various awards, such as Offensive Player of the Year, as well as trophies for the entire team when taking part in or winning the Super Bowl.

If you're an NFL super fan, why not head on down to EMP's NFL merchandise shop to kit yourself out with all the right equipment?

A game of giants

NFL and AFL jointly created the Super Bowl, allowing for many records to be broken! Examples of such are the Green Bay Packers who have won the most championships with 13 in total, or the New England Patriots, who have had a total of six (and the most) home grounds.In 2007, the Patriots broke a very promising record with 18 wins and zero defeats. The Detroit Lions, however, had a very poor result - losing 16 games in total.

They're not the only record-breaking figures...check out how much American football players earn! Each player in a winning team earns the equivalent of £82,000. If the team loses, each player "only" gets around £40,850. We forgot to mention - the team that wins the Super Bowl earns an extra £58,000 per player.

Learn interesting facts about your favourite sport and discover new things about NFL you didn't know before!

NFL (especially the Super Bowl) is the most watched sporting event in the world. Over 1 billion people watch this event across the planet, with over 100 million Americans tuning in to see it. One in every four Americans holds or goes to a Super Bowl Party.

In the region where the Super Bowl is held, that equates to a massive hike in fan merchandise sales figures - amounting to around 400 million USD. After the game? It's time to relax! One in ten Americans don't turn up to work the day after the championship.

Successful New England Patriots quarterback Tom Brady is married to supermodel Gisele Bündchen. The pair's total assets are estimated to be around half a billion dollars, about a third of which coming from Tom. Model + American football star=rich!

Browse the EMP Online Shop now for all your NFL merchandise!

Discover a wide range of NFL-related merchandise with EMP. Make waiting for the next game that little bit more bearable with our team merchandise!

So, put on your favourite team's jersey and get yourself ready for the next American football season (the Super Bowl being the highlight, of course!) Summer or winter, we have just the right NFL fan merchandise for you!

Is this sporting highlight still not enough to satisfy you? Take a look at the EMP WWE Shop and get yourself a cool WWE t-shirt .