We had the pleasure of interviewing Harvey Wigg, guitarist of Icarus Falls – an amazing up and coming band from Brighton, England.

Read the interview below and make sure you check out their new single ‘Phoenix‘, out 22nd May 2020!

How are you? How are you dealing with isolation and social distancing?

We are very well thanks! Isolation isn’t TOO bad for us, as I live with our drummer and we’re lucky enough to have a recording studio at our place. I like to think we are spending our time wisely, writing and recording and preparing!

We’re sticking to social distancing measures although like most musicians we are absolutely itching to get back to gigging or at least a good jam! But it’s always better to be safe than sorry!

When quarantine is over, who’s the first person you want to hug, first place you want to visit and first band you want to see live?

Let’s face it we are all looking forward to being able to get back into the pub and have a good session with our friends and family! First band is a difficult one as there is so many! But I was hoping to go Ramblin Man Fair this year with the likes of Lynyrd Skynyrd, Clutch and Monster Truck on the line up, that would have been a good show!

How would you describe your sound to any new listeners?

Always a good question and always a difficult one, we previously have been compared to “Black Stone Cherry meets Alice in Chains”. Although we are always curious to hear what the fans think!

Out of the videos for ‘Protector’ and ‘Venom’, which was more fun to film and why?

They were both fun for different reasons, Venom was fun because of the nice big venue and the lighting and Protector was fun because of the story and the acting behind it. We’ve used Shaun Hodson of Loki Films for all of our videos and we always have a good laugh with him and he’s very good at getting our vision to screen!

Does the band have any musical influences?

As far as influences go, there are so many, being a five piece band we all have the same taste yet also very different tastes … so when we get together our sound becomes an amalgamation of them all ie;

Doug: a lot of 90s grunge. Such as Alice In Chains, Pearl Jam

Lawrence: metal such as Slipknot and Periphery

Josh: from Led Zeppelin to Tool and Frank Carter and The Rattlesnakes!

What bands/artists have you been listening to the most while in isolation?

Looking on my Spotify now I’ve got bands such as Shinedown, Halestorm, Oasis and The Cadillac Three.

I’ve also got a couple of other genres music such as Dr Dre’s The chronic and Snoop dogg!

Do you have a favourite track you enjoy playing live the most?

For me I’d have to say ‘Venom‘! Always gets the crowd going, which we obviously feed off!

If you could grab a coffee from a character from a movie, book or TV series who would it be and why?

First character that comes to mind is The Dude from The Big Lewbowski because you know it would be hilarious!

What can we expect from Icarus Falls in 2020?

First thing up is May 22nd our new single “Phoenix” is coming out and a music video shortly after that. Another single and music video before the end of 2020 with lots more in 2021! 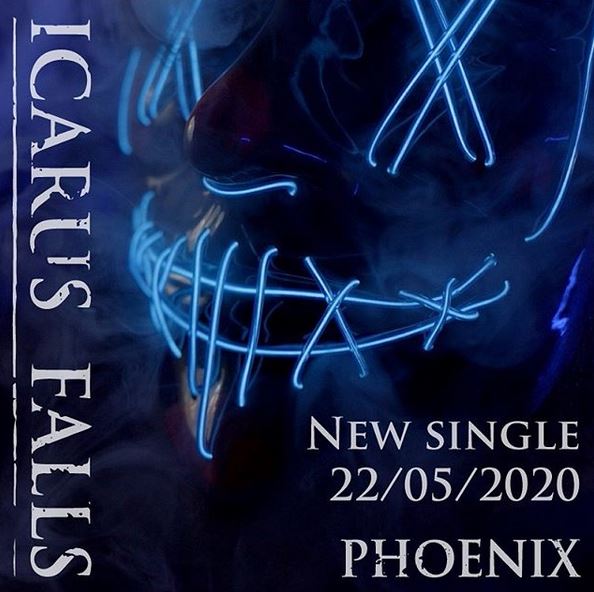