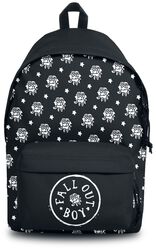 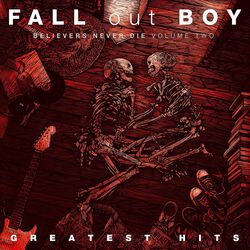 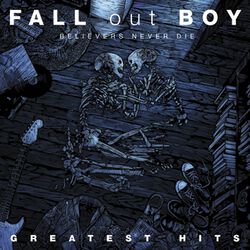 Wentz in Rome, do as the Romans do. Wentz on EMP, shop for the latest Fall Out Boy merch.

Patrick Stump, Pete Wentz, Andrew Hurley, and Joe Trohman came together in the early 2000s and would be known by rock and pop punk fans the world over as Fall Out Boy.

Though their mainstream success came with a more pop punk sound, each member had proven their metal in Chicago's underground hardcore metal scene. With Andrew Hurley drumming for Racetraitor, the furiously political metalcore band.

Coming together with a radio-ready but still rock sound, Fall Out Boy exploded into the emo scene of the mid-00s. After releasing EPs and demos for some time, Fall Out Boy were signed by Fueled by Ramen, the label co-owned by fellow pop-punk band Less Than Jake’s drummer Vinnie Fiorello.

The rise of FOB

Fall Out Boy went mainstream – fast – thanks in part to members of the band. Pete Wentz was something of a breakout star, generating tabloid headlines for his relationship with Ashlee Simpson and general celeb antics.

After finding success so early on, the band didn’t let momentum slow down. "Infinity on High", whose title was taken from a line in one of Van Gogh's personal letters, was released in 2007. The album continued Fall Out Boy's winning streak, debuting at number one on the Billboard charts and going platinum.

Fall Out Boy were so popular at one point that a little known aspiring model and reality star by the name of Kim Kardashian made a cameo in their music video, "Thanks Fr The Mmrs". But we won’t hold that against them. From riding the wave of the early 00s emo scene to eventually releasing mature rock albums, like "Save Rock and Roll" (2013), "American Beauty/American Psycho" (2015) and "Mania" (2018), Fall Out Boy have proven they’re much more than a passing fad or tween heartthrobs.

If you’re after Fall Out Boy merch, clothing and other accessories, get ready to Dance, Dance. We’ve got everything a FOB fan needs, from Fall Out Boy t shirts to wear to the next gig to their greatest hits albums. You should be saying ‘Dear Future Self, you’ll regret not copping this Fall Out Boy shirt’ – but we know you won’t have to. Inclusive sizes and different styles make for an impossible to resist purchase. A Fall Out Boy backpack should make its way into your shopping bag too – one way to add a pop of pop-punk to school uniforms or commutes.

Sugar, we’re not going down any time soon, so check out our EMP store today!