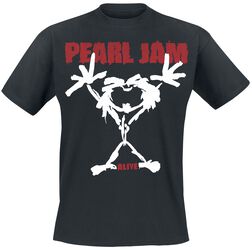 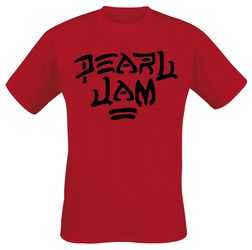 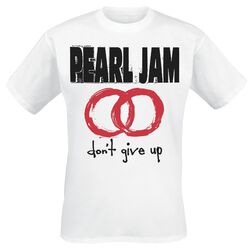 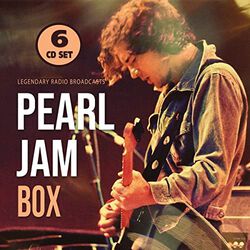 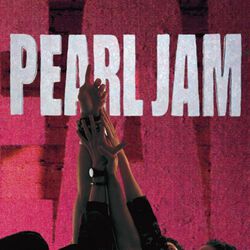 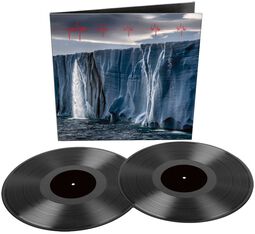 Think Starbucks are the biggest thing to come out of Seattle? Think again. Pearl Jam formed in America’s Emerald City in 1990 and went on to become one of the all-time great rock ‘n’ roll bands – from any generation.

The line-up today includes Eddie Vedder. Mike McCready, Stone Gossard, Jeff Ament and Matt Cameron – and it was the result of something going wrong with Stone Gossard and Jeff Ament’s first band, 'Mother Love Bone', that led to the existence of Pearl Jam. Celebrate one of the happiest accidents in rock music with official Pearl Jam merch – because, let's be honest - rocking a 'Mother Love Bone# t-shirt might not have looked as cool.

Pearl Jam catapulted into worldwide fame with the release of their debut album, 'Ten', in 1991. Ten – now one of the world’s best-selling rock albums ever - stayed on the Billboard 200 chart for nearly five consecutive years. How could they ever repeat such success? Well, with the release of their second album, 'Vs'. Released in 1993, Pearl Jam proved lightning can strike twice as the album sold over 950,000 copies in its first week of release, setting the record for most copies of an album sold in its first week of release at the time (and they’d go on to hold the record for first and second fastest selling CD after the release of their third album, 'Vitalogy' in 1994). Haters can dismiss one as a fluke, two as luck. But three in a row? That’s talent.

Along with Nirvana, Pearl Jam were one of the pre-eminent bands involved in the grunge movement of the 90s. In fact, as fans will know, there’s something called the ‘Big Four’ in Grunge – four acts who defined and refined the genre. These are Nirvana, Alice in Chains, Soundgarden, and, of course, Pearl Jam. If they are number one out of the Big Four for you, it’s time to explore the range of Pearl Jam merchandise on offer from the EMP online shop, which includes vintage Pearl Jam t-shirts and LPs.

Unlike other legacy bands who mellow with age, Pearl Jam haven’t let up. Later albums have included 'Backspacer', 'Lightning Bolt' and 'Gigaton' – successful albums which have helped keep the momentum going for over three decades. Another defining feature of the band is their prowess on the stage. Charisma can’t be bought or rehearsed, and the band have proven time and time again that no one can rock a stage like them. They were knighted as the eighth best live act of all time by Rolling Stone magazine.

Rocking a Pearl Jam hoodie or t-shirts is more than a musical statement, it’s a political one. The band won over legions of fans for their rejection of the stereotypical rock’n’roll excesses, confronting issues including the Iraq War and the monopolisation of the live music industry from Ticketmaster. They fought to make live music accessible to more people, and in a more affordable way. We can only honour them by supporting them with our range of exciting and exclusive Pearl Jam merchandise.