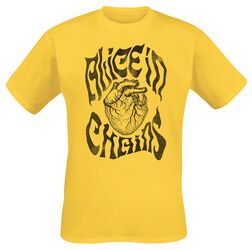 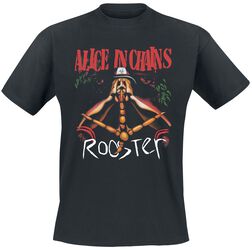 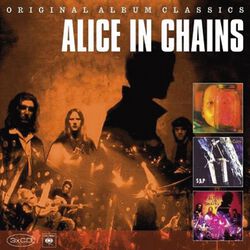 Long before AOC – Alexandria Ocasio-Cortez – was making waves in Washington, AIC were doing the same. AIC – Alice in Chains – are the very definition of classic American rock. Hailing from Seattle, Washington, Alice in Chains emerged in the late 80s, riding the wave of rock’s evolution into new sounds including heavy metal, grunge and hard rock.

Experimenting with their sound and becoming fixtures on the touring circuit, Alice in Chains went on to become of the best-selling rock bands, selling over 30 million records worldwide, and over 14 million records in the United States alone. Alice in Chains found themselves in wonderland time and time again, scoring 18 Top 10 songs on Billboard's Mainstream Rock Tracks chart, five Number One hits and receiving 11 Grammy Award nominations!

Feel part of rock history with our online Alice in Chains UK store.

Titans of rock, the band earned their place besides the all-time greats with the release of albums including "Facelift" (1990), "Dirt" (1992), "Alice in Chains" (1995) and "Jar of Flies" (1994). But never one to chain themselves up in past glories, the band always looked forward, experimenting with sound and connecting with what audiences wanted to hear. More recently, AIC have released the albums "Black Gives Way to Blue" (2009), "The Devil Put Dinosaurs Here" (2013), and "Rainier Fog" (2018). Shop online with EMP to get yours today and listen to classic rock the classic way – full blast, out of a speaker, turning your living room into "Live from the Arena".

People might have thought the band went away, but it was never really a comeback. Alice in Chains was plagued by extended inactivity from 1996 onward, due to lead vocalist Layne Staley's substance abuse, which resulted in his tragic death in 2002. His unique vocal stylings and rock lifestyle took its toll on him – as has been the story of many of rock’s greatest artists – but the band committed to honouring the legacy of their work together, reuniting in 2006 with 'William DuVall' joining on vocals.

As a group, Alice in Chains helped break the chains of rock’s genres, merging different sounds and styles. With their legacy untouchable, Alice in Chains pave a new path, influencing many new artists that have come after them. They’ve been named as huge inspirations from some of rock and metal’s most prominent acts, including Seether, Queens of the Stone Age, Creed and KoRn.

Shop the full range of Alice in Chains merch today, and check out other metal band merch across EMP online.