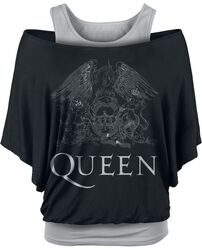 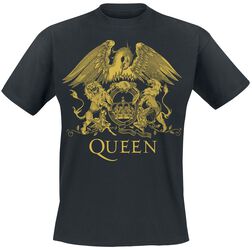 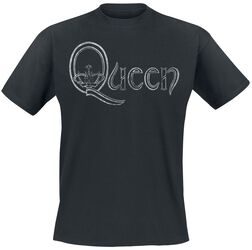 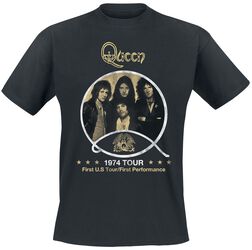 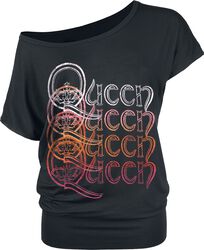 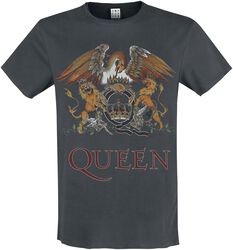 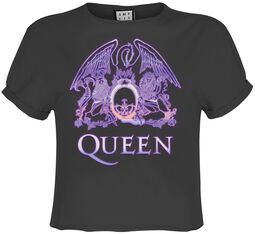 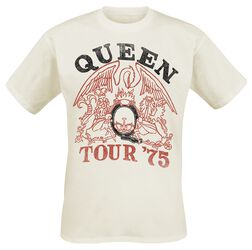 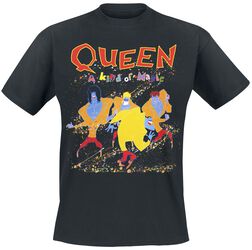 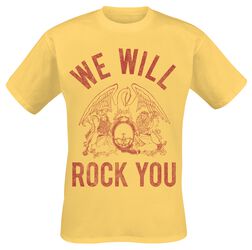 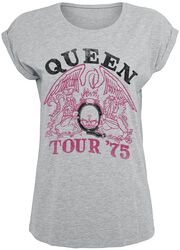 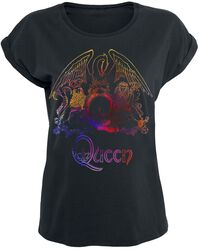 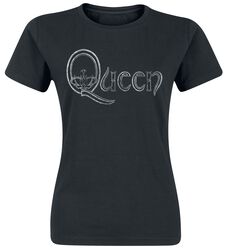 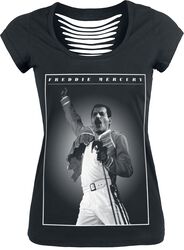 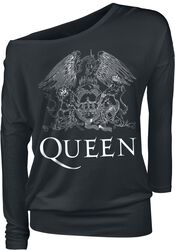 Are you ready to put the ‘good’ and ‘fashioned’ back into Good Old Fashioned Lover Boy? Then rocking these Queen t-shirts is a great place to start…


Turning an everyday essential into something with more panache, our Queen t-shirts include a huge variety of styles and designs. You’ll feel like a rocket ship on the way to Mars rocking a Freddie Mercury t-shirt, proudly wearing the icon caught in his prime on stage. Other Queen t-shirts from EMP include designs inspired by the band’s oeuvre, recreating the It’s a Kind of Magic artwork or showcasing the easily recognisable crest featured prominently throughout the band’s albums and tours. A fun fact about that crest: it was created by Freddie Mercury!


Freddie Mercury designed the logo of the band taking inspiration from the zodiacal signs of its members: two lions for Deacon and Taylor who were Leo, a crab for May, who was Cancer, and two fairies for Mercury, who was Virgo.


As well as a variety of designs, our Queen t-shirts include a selection of EMP exclusives! Stand out like a true Killer Queen in a tee you won’t be able to find anywhere else.


Available in a range of sizes and styles, there’s a Queen t-shirt for every fan out there – and there are plenty of them. Queen were the little engine that could. A strange, unique group made up from friends Freddie Mercury, Brian May, John Deacon and Roger Taylor, they would go from being the outcasts of the rock scene to one of the best-selling bands in the world. Ever. Their estimated sales range between 170 and 300 million, depending on different sources.


Before they became Queen – shorthand for operatic, original, trendsetters and trendbreakers – they were just rockers who loved to experiment. Their earliest works were influenced by progressive rock, hard rock and heavy metal, but the band gradually ventured into more radio-friendly hits and stadium filling singalongs, with elements of arena rock and pop rock. This helped them establish their mainstream success, but really, what sent them stratospheric like a rocket ship on the way to Mars was Queen as a whole package. They weren’t just rock, or hair metal, or prog rock. With Freddie Mercury’s natural charisma and harnessing the exposure of the newly established MTV, Queen became a performance. A pantomime. Living, singing art.


As they themselves sang, the show must go on – and it did. Keeping his legacy alive with each step. Queen reunited with different lead singers like Adam Lambert performing the unbeatable back catalogue.


Once you’ve picked out your new Queen t-shirts, you might be screaming ‘Don’t stop me now!’ Worry not – you can continue shopping with the rest of our official, licenced Queen merch.