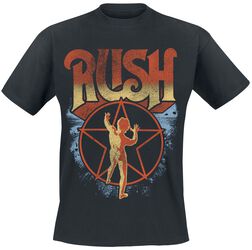 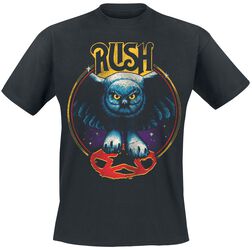 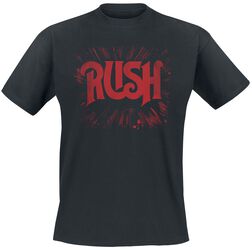 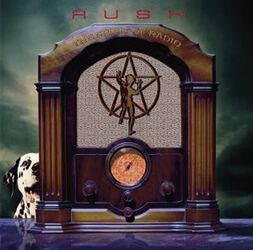 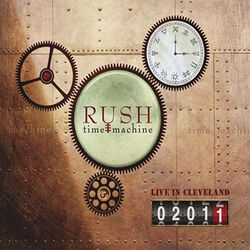 No need to Rush – we’ve got plenty of Rush merch to go around.

The Canadian rock band are the definition of legends, and we honour them with a selection of Rush merch including tour t-shirts and other memorabilia that’ll have you reliving the band’s glory days. And there are many, many glory days to relive.

Known for elaborate and sophisticated compositions, lyrical motifs inspired by science fiction, fantasy and philosophy, and an evolution through different sounds, Rush were titans in the hard-rock and prog-rock scene.

They sold an estimated 40 million albums worldwide in their career, being awarded 14 platinum and three multi-platinum certifications in the United States and 17 platinum album certifications in their homeland Canada. Inducted into both the Canadian Music Hall of Fame and the Rock and Roll Hall of Fame, Rush had a career spanning over 40 years that allowed them to earn every single accolade.

One of the strengths most commonly celebrated was their diversity in musical offerings. From a blues-inspired hard rock beginning, later moving into progressive rock, then a period marked by heavy use of synthesizers, before returning to guitar-driven hard rock, they never chased radio trends but they also didn’t cage themselves into one sound. They were true artists. They being the power trio - Alex Lifeson, Geddy Lee and Neil Peart. This line-up wasn’t the original, but it was this three who found the Rush sound – nailing the first big hit ‘Working Man’ and going on to become Rock and Roll Hall of Famers.

Feel the Rush of a legendary band in their prime when you shop for Rush merchandise with EMP today. From LPs and remastered CDs to live albums of some of their most iconic events including Rush in Rio, complete your collection and bring Rock and Roll to your home. Other Rush merch includes band t-shirts in different designs.

Like what you see here? We’ve got plenty of other licenced rock band merchandise to enjoy too, including AC / DC Iron Maiden and more.