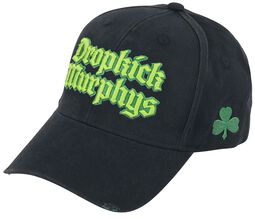 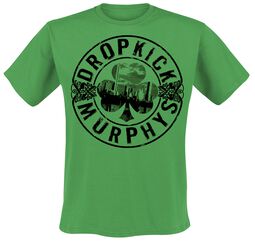 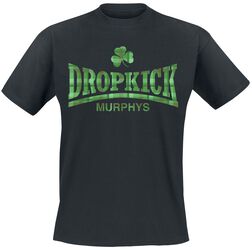 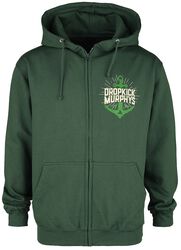 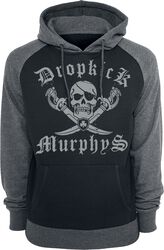 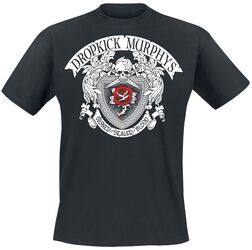 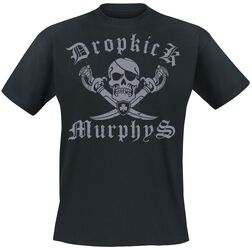 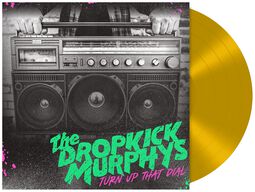 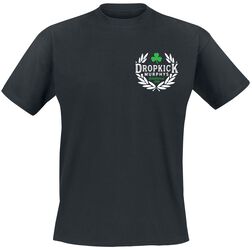 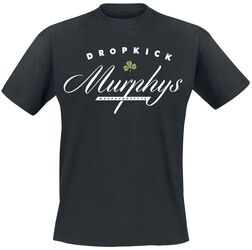 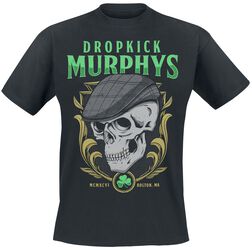 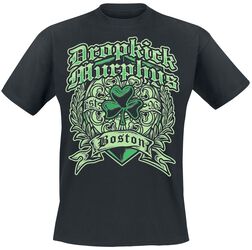 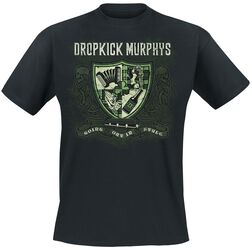 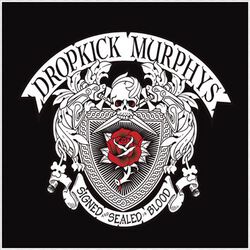 Boston. It's one of the oldest cities in the USA, it’s also a city famed for its representation in series, and last but not least, it's a place where music plays a very important role. Boston is without a shadow of doubt the most European city in the States. It's absolutely no surprise that the metropolis is also home to Dropkick Murphys, a place that Irish emigrants loved almost as much as the Celts love beer.


Early on, Boston was well known for its bustling punk scene, which is also the area Dropkick Murphys started out in. The band's founding members Mike McColgan (vocalist), Rick Barton (guitarist), Ken Casey (bassist) and Matt Kelly (drummer), named their band after a rehabilitation clinic in Boston.


What makes the band's style of music so special?


There aren't many bands out there that can make raw punk music so entertaining, but these boys can! It's partly down to the Irish and Scottish folk influence in their music. Their repertoire includes Irish traditional music as well as songs about drinking, playing games and the many benefits of the female anatomy. In 1998, they released their first LP entitled "Do Or Die", which received undivided positive reviews, despite it being a raw mix of punk and folk music. But McColgan found touring much too exhausting and he quit the band, only to be replaced by Al Barr, who had been vocalist for Bruisers before joining Dropkick Murphys.


During the following tour, Rick Barton could no longer deal with constantly being in a tour bus, on stage and in a hotel room, but at least he took care of finding a suitable successor. Enter James Lynch, a guitarist for Ducky Boys before joining the Murphys, who was joined by a second guitarist in order to make the band's sound that little bit richer. The second guitarist's name was Mark Orell, who was also an accordionist. His presence helped build a strong foundation for the band's folky side.


All the band needed were some bagpipes, a mandolin and a tin whistle. Spicy MacHaggis took to the mandolin and Ryan Foltz was on the tin whistle. The Murphys now stood firmly on Irish legs whilst remaining punk. The band's next LP was recorded with Shane McGowan, Pogues lead vocalist, who made an appearance on songs "Wild Rover" and "Good Rats". The "Sing Loud, Sing Proud" album from 2001 featured a guest appearance from Colin McFaull, Cock Sparrers vocalist. "Blackout" was released in the summer of 2003, and within 6 months the boys had released a DVD called "On the Road With".


Meanwhile, the Murphys had found their style, giving way to releases like "The Warriors Code" in 2005, "The Meanest of Times" in 2007 and "Going Out In Style" in 2011. Their latest album was released in 2017. With "11 Short Stories Of Pain and Glory", this folk punk band from Boston shows its great skill and its insatiable desire to rock not just studios, but also huge stages and parties.


Take a look at what EMP has to offer! The EMP Dropkick Murphys Online Shop isn't just for the band's fans, it's also the perfect place for those with great taste, like any real Celt. You'll also find a great range of Dropkick Murphys albums and merchandise on the EMP Online Shop.


This perfect party band's albums and CDs are a real feast for the eyes (and ears). You'll find all the greatest songs, so turn the volume up and watch the glasses shake on the shelves! Whether studio or live recordings, Dropkick Murphys songs are always an adventure... even the neighbours will love it!


The album covers are just as incredible, and you know what you're expecting with just one glance - Irish and Scottish honesty, both beautiful and believable.


Murphys clothing will give you something to say. And if you don't, your clothing will say it for you! There's a huge selection of Dropkick Murphys t-shirts, tops, hoodies and jackets just waiting for you! They all feature large printed graphics, lettering, logos and photos too. And none of it looks in the least bit cheap! EMP clothing and prints are of an excellent quality.


So lads, ladies - take a browse through the EMP Online Shop, you're bound to find something you love! A lot of our merchandise is exclusively available at EMP, so what are you waiting for? Buy Dropkick Murphys merchandise online now and get ready for the next gig.