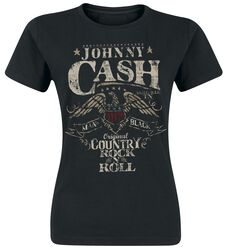 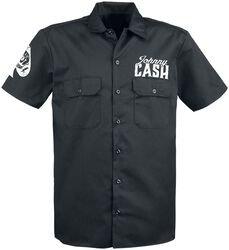 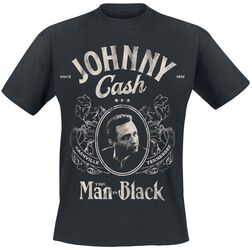 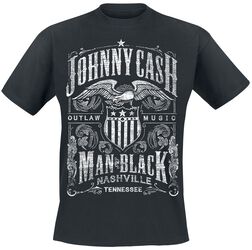 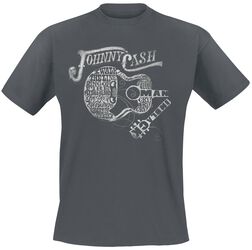 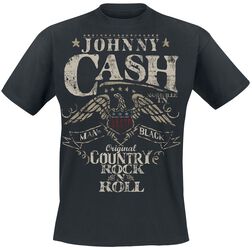 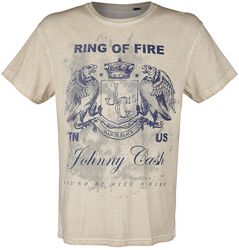 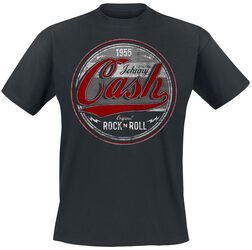 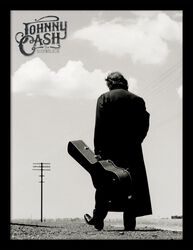 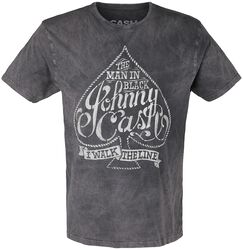 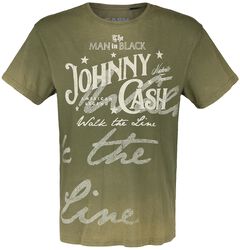 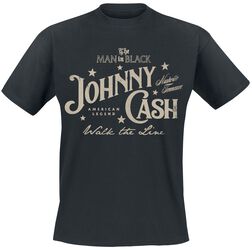 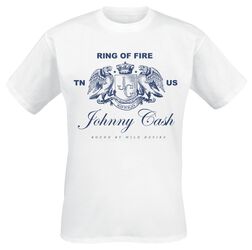 Johnny Cash didn't become an international superstar overnight. Firstly, his name needed some vamping. His mother wanted to call him John, his father Ray, and so his parents both compromised to name him J.R. Cash. He was one of four children and he had a classic upbringing in the American Midwest.


He and his siblings began working on their parents' farm at a young age, and he made his very first appearance at just 18 years old during his high school graduation. Luckily, he received guitar and singing lessons from an early age. His international career didn't take off straight after finishing school, though, instead he worked on an assembly line for cars... and margarine!


Later on, he enlisted in the Air Force and was posted to Germany, where he founded his first band with Landsberg Barbarians and wrote various songs. In 1954, he moved to Memphis, Tennessee, home of Blues in the USA. He married and settled there, and everything seemed so ordinary.


When did he become successful?


He was juggling his day job selling appliances and being in a band called the Tennessee Two together with bassist Marshall Grant and guitarist Luther Perkins. They played Memphis clubs at night, until one day he was introduced to a certain Sam Phillips. Initially not overly impressed with his music, it took a second attempt to get his attention. Why was this so important?


Well, Sam Phillips was the owner of a record label: Sun Records. This seemingly inconspicuous company rose to instant fame due to a contract with Elvis Presley. Yet again, Sam Phillips struck gold in signing Johnny to his label, who chose to perform as John. R Cash because he wasn't permitted to use initials during his military service.


In 1955, his first single "Hey, Porter I Cry! Cry! Cry!" was released, reaching number 14 in the country charts. He made his first big appearance that very same year, one that sends shivers down the spine of any music fan. Johnny Cash was Elvis Presley's supporting act - how legendary! His next song "Folsom Prison Blues" climbed to number 4 in the charts, before his ultimate breakthrough with "I Walk the Line". It topped the country charts at number 1 and reached Top 20 in the pop charts. It was time for more Johnny Cash albums!


Like so many musicians of his time, Johnny was not always up to the constant pressure of his success. Touring non-stop took its toll on him. His marriage was affected, and Jonny turned to taking pills and drinking, his addiction started to move at the same rate as his success. In 1958, Cash moved to Columbia Records and he released "The Fabulous Johnny Cash", a big hit album featuring number 1 single "Don't Take Your Guns to Town".


"Ring of Fire" was released in the early 60s, without a shadow of doubt an international hit that's still listened to and copied today. The rather delicious irony of it all is the song was written by June Carter, a member of the prominent Carter family. She accompanied Cash on tour and they fell in love, even though it was forbidden by their managers as they were both already married. It was a way for Johnny to sing about his feelings and his loved one. The whole world loved it.


But addiction unfortunately got the better of him, and in 1965 he was arrested at an airport for attempting to smuggle over 1,000 amphetamine tablets in his guitar case. In early 1968, Cash hit rock bottom and attempted to take his own life whilst spending several days awake in a cave with no food. But Cash's time had yet to come. He had an epiphany and pulled himself together to beat his addiction. He was going through severe withdrawal issues, which were counterbalanced by the ultimate gift: June Carter accepted his marriage proposal on stage and married him just days later.


Can success be never ending? Yes!


The following are accolades every musician dreams of: Sold-out concerts, thousands of CD sales, Johnny Cash merchandise sold worldwide, appearances with the President of the United States. At just 48 years old, Johnny became the youngest living artist to make it in the Country Music Hall of Fame. In 2003, this exceptionally talented man died suddenly at the age of 71 in Nashville, Tennessee, but his legend is simply unrivalled and will probably remain so for a long time to come!


No questions asked, Cash was and still is a music history icon. Fans can find everything they need to pay homage to the legend on EMP's Johnny Cash Online Shop. Get everything related to your idol, including clothing, posters and records.


Fancy some more legendary music? Take a look at The Doors, Pink Floyd, Jimi Hendrix or the Rolling Stones.