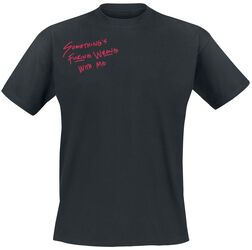 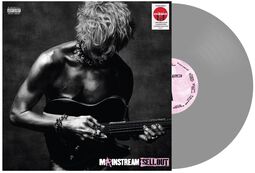 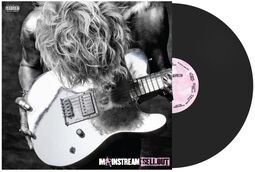 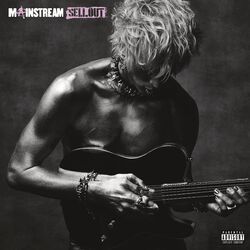 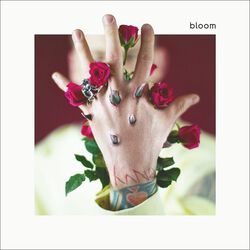 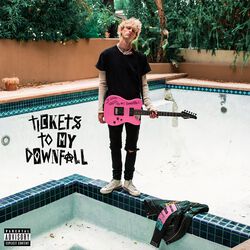 Machine Gun Kelly was born in 1990 as Richard Colson Baker and had a difficult youth. Since his parents moved a lot, he didn't have a real home. When his parents separated, he stayed with his father. But his father became addicted to alcohol before signing up for the army, leaving MGK alone again.

He found solace in music, noticing the artist DMX in particular, with his power, aggression and lyrics that are full of desperation. DMX is one of the reasons Machine Gun Kelly started making music. He had few friends and got involved with drugs, using rap as an outlet for his frustrations. The name Machine Gun Kelly comes from the fact that he can rap faster and more precisely than other artists, almost like a "Machine Gun"

After Machine Gun Kelly moved to Cleveland, his career took off. On stage it becomes clear that Machine Gun Kelly can really rock out as a live act and he quickly stole the limelight from many other acts. He rapped anywhere and anytime and won a competition in New York in 2009, which gave him the confidence to start creating his own style with trap beats and a lot of energy.

♫   Funfact: The song Invincible was the official theme song for Wrestle mania.  ♫

The first mixtapes appeared in 2011 with “100 Words and Running” or “Rage Pack”. The first MGK album "Lace Up" came out in 2012. At that time he was already able to get hold of other artists such as French Montana, Wiz Khalifa or Sleeping with Sirens to feature on some of the tracks.

He brought out the song Cleveland as a tribute to his original hometown and the song is still considered the city anthem by its local residents. After Cleveland Machine Gun Kelly was quiet for a while, but re-emerged when he dropped diss track “Rap Devil” in 2018, against Eminem's “Rap God” confronting his former idol with everything negative that had built up over time.

The album "Hotel Diablo" followed in 2019. This is considered to be his best album to date, influenced by the artists such as Blink 182 and Guns N' Roses. Hoping to build on his previous success, Machine Gun Kelly's latest album "Tickets To My Downfall" has now been released. The album features stars like Halsey and Blackbear are also on the record. Of course you will find the MGK CD in the Machine Gun Kelly Shop at EMP.

Do you want more merch? In the EMP online shop you will find MGK albums as well as Machine Gun Kelly t-shirts and sweaters. We also have other artists in our range that you might like. Have a look at Blink 182, Eminem or Sleeping With Sirens!