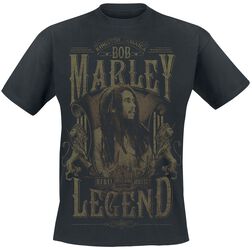 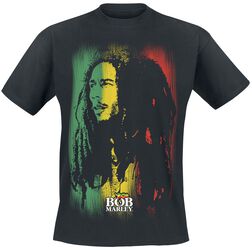 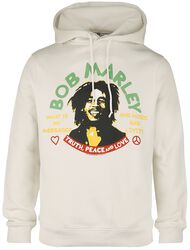 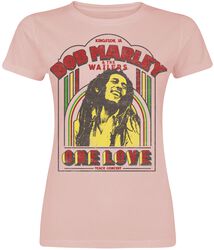 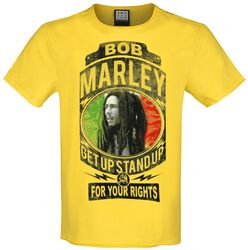 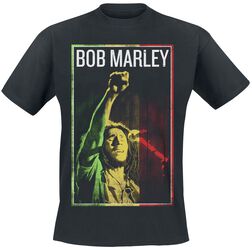 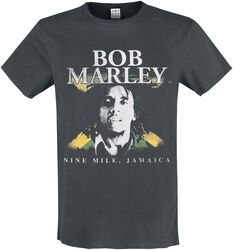 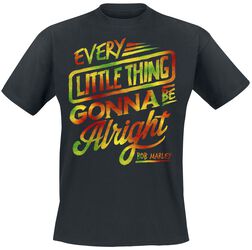 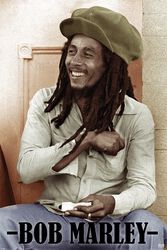 Bob Marley is one of the most important artists to have ever lived. The singer, songwriter and political activist has moved the whole world with his reggae music. Born as 'Robert Nesta Marley' on February 6, 1945, his father was a British naval officer from Essex. Captain Norval Sinclair Marley bedded many of the teenage daughters of the estate workers that he was supposed to oversee and Bob Marley's mother was left to raise young Robert alone.

Subjected to merciless teasing for looking different from all the other kids because of his parentage, Bob Marley longed to fit in. But he also had another longing - he wanted to be famous. He found enthusiasm for music early on. Musicians from the USA such as Ray Charles, Fats Domino and The Drifters brought him and his friends bunny livingston and Peter Mckintosh to music.

The musician 'Joe Higgs' taught them in a backyard, after which they formed their first band "Wailing Wailers". Earning just £3 per week, the trio were so poor that they made their own guitars with strings fashioned from stripped out electrical wiring.

But such was Marley's drive that he forced the band to rehearse for 18 hours a day. It paid off. The band was signed by the Coxsone label and quickly became one of the most popular bands in Kingston. In 1966 Robert married his wife Rita and after moving to the US he was able to earn enough money to open his own label. When he returned less than a year later, however, he had become a deeply religious person. As a follower of the Rastafarians, he and his band devoted themselves more to cannabis and changed their style of music from ska to slower reggae.

After the release of songs like “Soul Rebel” or “400 Years”, the Wailers became known as one of the best bands in the Caribbean, but they were still unknown in America and Europe. That was quickly to change.

Led by Bob Marley, in 1973, the Wailers gained the attention of the world with debut album "Catch A Fire". As the opening act for 'Bruce Springsteen' and 'Sly And The Family Stone', they reached the top of the single charts, but then disagreements in the band led to them splitting up and Bob Marley went on alone.

In 1975 his album "No Woman No Cry" was released with great success. Now Bob Marley was a world star - but he was still not satisfied. The catastrophic politics in his country moved him to make his lyrics more political. After being the victim of an armed robbery in Jamaica, he moved to London and record the album "Exodus". The album "Survival" reports on grievances and the difficulties of life in Africa.

👀  At the height of his career Bob Marley played in Milan in front of an audience of 100,000 people. He had released the album "Uprising", which included songs like "Could You Be Loved" and "Redemption Song".  👀

Bob Marley CDs or Bob Marley albums on vinyl are of course available in our Bob Marley Shop. Unfortunately Robert Nesta Marley fell ill with a serious brain tumour shortly after his meteoric rise to fame ans his life ended far too early on May 11, 1981.

If you want to show that you are a fan of the legend that is Bob Marley, then treat yourself to something from the EMP Shop. We have Bob Marley t-shirts and other Bob Marley apparel. If, like us, you will always remember him, make a statement with your outfit!