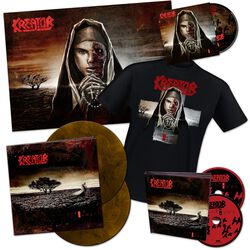 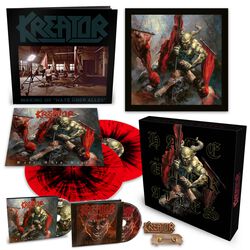 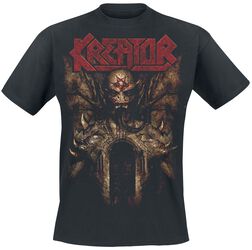 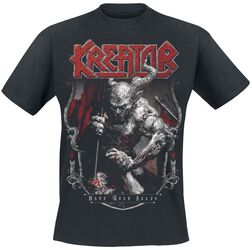 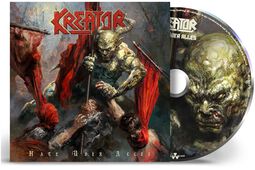 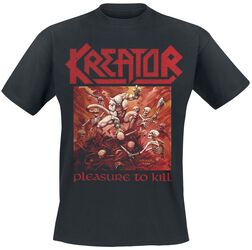 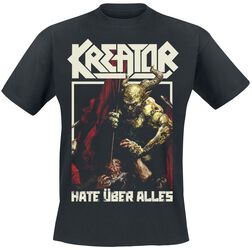 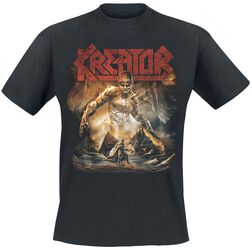 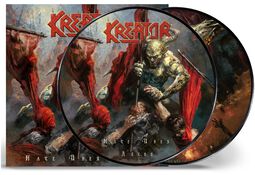 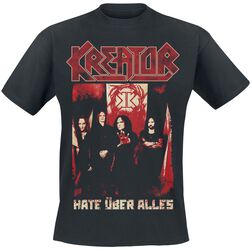 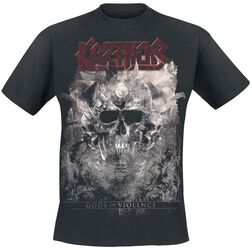 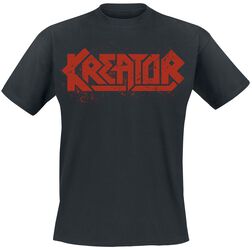 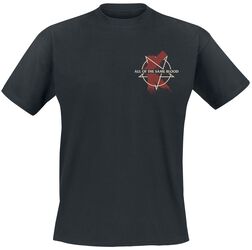 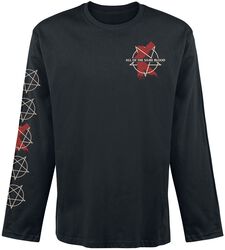 The Ruhr area, or more precisely Essen, in 1982. A couple of teenage boys start a metal band. Miland “Mille” Petrozza sang and played the guitar, Rob Fioretti the bass, Jürgen “Ventor” Reil the drums. At first they called themselves Tormentor and also recorded the first demo under this name. After the second demo they attracted their first small record deal. In 1985 the debut album "Endless Pain" was released, by then the group had already renamed itself Kreator. The name comes from the Latin word "creator", which means exactly what you think it does!

However, singer Mille chose the name originally because his history teacher misinformed him that it related to German mythology. Millie then read the corresponding works and realised that no figure featuring the bands name appeared. But no matter where the name came from, the debut album sold sensationally well. The record company pushed for a second and "Pleasure to Kill" followed just two months later. Since the second album the band has also had a second guitarist in the form of Jürgen "Tritze" Trzebiatowski.

Unbeknown to Kreator, this addition to the line-up would lift the entire genre of Thrash Metal from deep underground to becoming more socially acceptable. A growing fan base developed and Kreator became one of the most important Thrash Metal bands ever. Even behind other big names from the Bay Harbour Area, they never had to hide - rather the other way around! Together with bands like Slayer, Anthrax, Metallica and Destruction, Kreator are among the pioneers of Thrash Metal.

Commercial? A foreign word for Kreator!

Keator finally found their sound on their third album "Terrible Certainty" and a lucrative record deal was signed enabling them to market themselves in North America. The albums that followed cemented their style as well as a place in the hearts of their followers. "Extreme Aggression" and "Coma of Souls" satisfied fans, and the band have since toured in South America.

Tritze jumped off the tour merry-go-round before the next album was released and was replaced by another guitarist. It was now 1990 and in the years that followed Thrash Metal was at a crossroads. The big bands like Metallica and Anthrax had become a bit more commercial and aimed their music in the direction of the masses for commercial success.

Kreator took a different path and experimented with hard-core and industrial sounds on the next album "Renewal" (in 1992). Although the album opened up new audiences, long-term Fans weren't moved and it was time for a shake-up. Drummer Ventor took a two-year hiatus, bassist Rob left the band completely and in 1994 Christian "Speesy" Giesler was replaced leaving Petrozza as the sole original band member.

In 1995 Kreator released "Cause for Conflict" and in 1997 "Outcast" appeared; an album which divided fans. The supposed low point was reached in 1999 when the band released a work called “Endorama” that was more reminiscent of symphonic metal than thrash. Fans were disappointed but Mille didn't really care - he didn't want to let himself be controlled by commerce and continued to make music that the band liked - but would it pay off?

Back to the roots - pure Thrash Metal

In 2001 the band found their line-up for the next few years with the addition of Finnish guitarist Sami Yli-Sirniö. The tenth studio album was due. "Violent Revolution" sounded a lot more like the original Kreator sound again, even though some new Melodic Death elements could be heard again. Critics and fans were enthusiastic and the group catapulted itself back to the top of German metal thrash.

The album was followed by a period of touring, countless festivals, and live releases. The next studio album came in 2005 and was called "Enemy of God" and was again very successful: The band had successfully reinvented themselves and toured worldwide.

In 2009 "Hordes of Chaos" was released. In the meantime, four years between albums have been too long for the group. So they announced no tours for 2011 and instead withdrew to the studio.

Kreator has never been more successful

In 2012 "Phantom Antichrist" was released and shot to number 5 on the album charts in Germany. It entered the charts in almost all of Europe and the USA, even at number 11 in Finland. The band reacted as you would expect them to and toured the globe for the first time. North America, Australia and Europe were made unsafe as Kreator Merchandise was spread worldwide. Then at the beginning of 2015, the band buried themselves in the studio again to work on their new album.

After a couple of years the next album was finally released in January 2017 and it is their most well-known meticulous work. 35 years after their formation as a school band in Essen, Kreator made it to number 1 in the German album charts with the album "Gods of Violence". And they made it as a thrash metal band. Despite their numerous experiments, Kreator always remained true to what they wanted to do.

In other countries, too, they broke their own records with this album, achieving top ten placements in Austria and Finland. Even after all this time, the band never tires of planning tours and recording new albums - much to the delight of their fans!

Where can I get Kreator Merch?

With so many releases, it's easy to get confused as a fan. In the Kreator Online Shop at EMP you can find everything you're looking for, whether thats albums or merchandise. Stock up on your favourite items so that you are perfectly prepared for the next Kreator concert - see you there!

Do you want more good bands? Have a look at Testament, Overkill, Megadeath or Judas Priest.