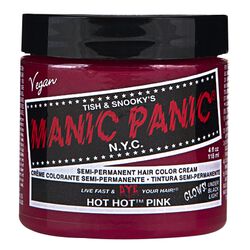 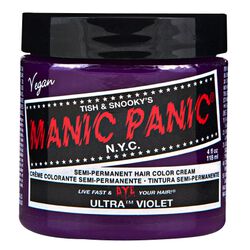 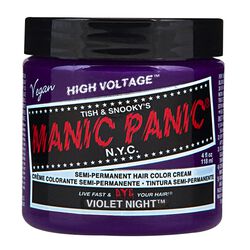 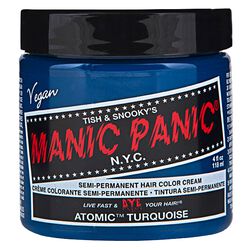 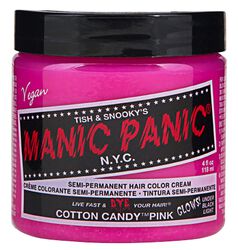 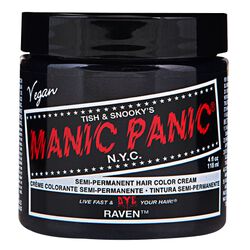 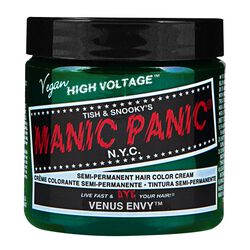 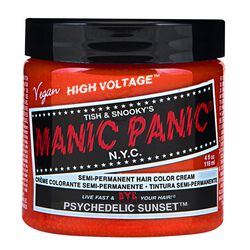 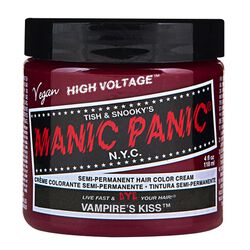 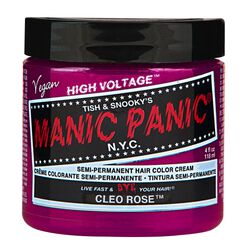 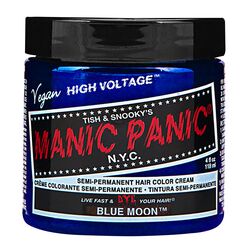 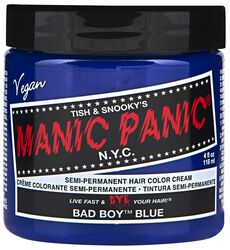 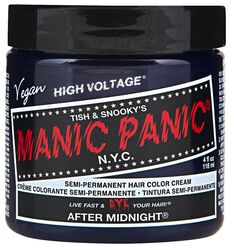 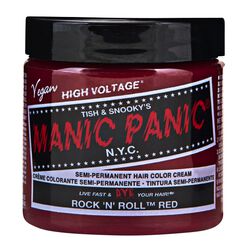 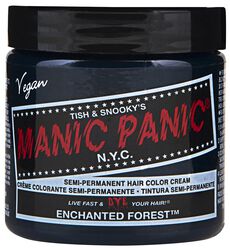 Dye-ing for a change? We’re hair to help…

Your life should be full of colour, and with Manic Panic hair dye, it most definitely can be. An established brand with a reputation that has been perfectly-groomed for over four decades, Manic Panic first started # in 1977. When punk was dominating the mainstream, two friends – Tish and Snooky – started selling vivid rainbow hair dyes at the original Manic Panic boutique at New York’s famous St. Mark’s Place.

Manic Panic continued to grow as more and more people embraced living life with more boldness. Colourful hair graduated from an act of punk defiance to a widely accepted form of self-expression. This evolution of the product pushed Manic Panic to consistently innovate and evolve, and led to the introduction of the Amplified semi-permanent hair dye formula for Dye Hards™ that were looking for an even longer lasting formula. This has been considered the holy grail of hair dye by enthusiasts and those in the know, setting a high standard.

Manic Panic guarantee that their products continue to be tested and quality-controlled by in-house staff – which still include the OGs themselves, Tish and Snooky, to this day. As well as consistently pushing for top quality and bold new ideas, Manic Panic promise to deliver ingredients that are Vegan & Cruelty-Free, as accredited by PETA®.

Effortlessly cool character-actor Jared Leto has appeared in the pages of Vogue supporting a mane coloured by Manic Panic. And in one of cinema’s most coveted roles, when Leto took on the Joker for 2016’s Suicide Squad, Manic Panic hair dye achieved his colourful tresses. Manic Panic were also responsible for Margot Robbie’s blue and pink pigtails as Harley Quinn – the look that launched a thousand Halloween costumes.

From raven black to blue moon, EMP boast a selection of Manic Panic hair dyes that look plucked right from the rainbow. Whatever your hue, we’ve got it for you. Shop for Manic Panic hair dye today and create the version of yourself you’ve always pictured – be that cotton candy pink hair or splashes of wild fire red. Limits need not apply.