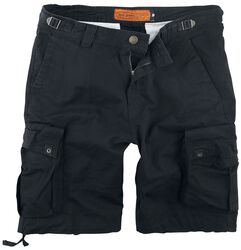 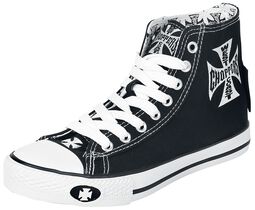 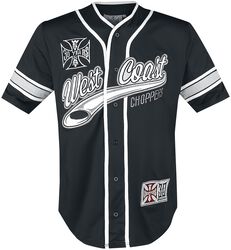 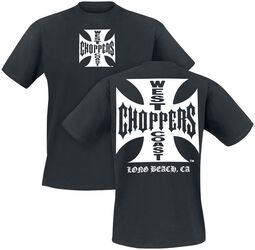 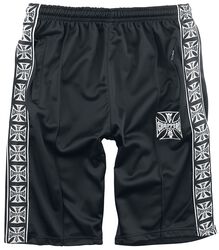 When it comes to all things Americana and authentic rock and roll, West Coast is the Best Coast.


From Sons of Anarchy to the desert rock of Queens of the Stone Age and other Californian groups, there’s always been a connection between the free-spirited, outlaw life and the allure of the open road. Nobody understood this fine balance between hero and anti-hero than Jesse James, founder of West Coast Choppers.


Jesse James – founder of West Coast Choppers – was actually a descendant of the other incredibly famous Jesse James, American outlaw, bank and train robber, guerrilla, and leader of the James–Younger Gang. This is perhaps why the new Jesse James was so drawn to the visuals of classic America – leathers, bikes, iron crosses.


From West Coast Choppers tops to sneakers, EMP are proud to partner with a brand who’ve always followed their own path. Hop on(line) for a walk on the wild side.