Equip yourself for the new season! 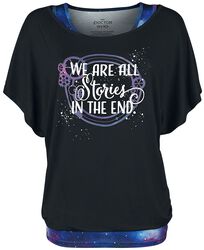 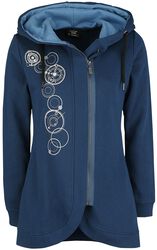 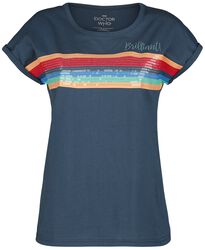 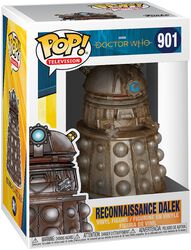 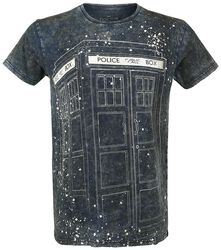 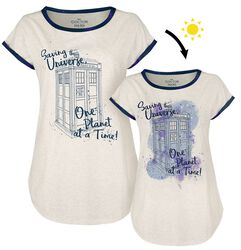 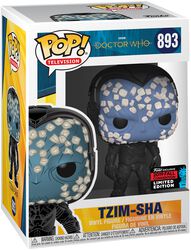 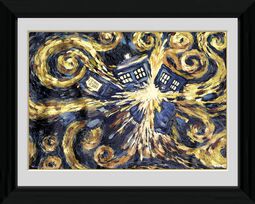 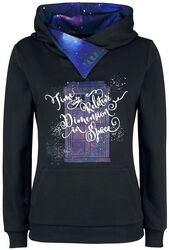 The mysterious Time Lord from the planet of Gallifrey is a real piece of British pop culture and was relaunched in a television series in 2005. As all true Whovians know, the series has actually been around since the 1960s, with more than 800 episodes about the Doctor and his various companions' fast-paced adventures in space and time.


The name is actually a play on words of the original title. "Hi, I am the Doctor". The Doctor has no name and is always polite when faced with tricky situations. When ignorant Earthlings ask the time traveller "Doctor Who?", he's never able to give a response. The Doctor's companions simply need to trust him, and they're pulled into a whirlwind of events. Discover the myriad of quotes that make the Doctor so unique with EMP's Doctor Who merchandise.


Be as stylish as one of the Doctor's young companions with the TARDIS Nouveau dress available on the EMP Doctor Who Online Shop. The Doctor travels in his TARDIS, a blue British police box, which is an acronym for "Time And Relative Dimension In Space". These blue telephone boxes were around much before smartphones and they contained a telephone able to make emergency calls.


You're able to find the TARDIS in various forms on the EMP Online Shop, such as on Doctor Who t-shirts. The TARDIS has remarkable characteristics, it guides the Doctor's destiny and travels through space and time. Most remarkably though, its interior is much larger than it appears from the outside. That said, we're still trying to figure out whether the same applies for the TARDIS cookie jar and coffee mug available on the EMP Doctor Who merchandise site...


Want to stock up on even more stylish clothes? Well, take a look at the Doctor Who t-shirt shop and browse the wide range of products.


The TARDIS is to Whovians what the USS Enterprise is to Trekkies. Travelling through space and time takes place in a spiral of dimensions, which is depicted on 3D posters available on the EMP Doctor Who Online Shop. If you want something a bit more classic, why not hang up a framed Doctor Who Exploding Tardis Collector Print, reminiscent of Van Gogh's A Starry Night? It's a must-have for all true Whovians, especially those who cried their eyes out at the "Vincent and the Doctor" episode.


During their adventures, the time travellers encounter various dangerous races and monsters that often threaten, conquer or destroy innocent worlds. Usually the Doctor is able to change fate with the help of his companion! But it's not just foreign worlds that are threatened, Earth is also in constant danger, with its fate doomed not just in the past but also in the future.


The infamous Daleks, the Doctor's arch enemy, are a race of extraterrestrial mutants hidden in a metal casing. You'll easily find the Daleks on the EMP Doctor Who Online Shop, and they're also immortalised as vinyl figurines and on an Abbey Road poster. Although they destroyed all living things during the Last Great Time War, the Daleks are not the Doctor's only enemy.


Cybermen are equally a threat to humanity, as well as the Doctor. These cyborgs have been so altered they have few remaining organic parts, and they have lost their humanity. The conformist Cybermen expand constantly into foreign worlds and temporarily take over the entire earth. But luckily Doctor Who is around to prevent humanity's destruction!


Another of the Doctor's dangerous enemies is the Weeping Angel, available on EMP as a cute Funko Pop! vinyl figurine, even if the originals are anything but cute! Appearing at first to be a stone statue, these Angels can turn into an extremely powerful species in the blink of an eye. Their goal is to capture other creatures' souls, but they can only move when their victims' eyes are closed. It's pretty important to follow the Doctor's orders when you're near the Weeping Angels: "Don't blink".


Everlasting fun with Doctor Who


Around 900 years old, the Doctor is immortal too. When fatally injured, he regenerates in a new incarnation. And it's just as easy for production to change actors. There have been 12 reincarnations up until 2017, and great actors have been taking over the Doctor's character since 2005.


This long-term broadcast also appears in the Guinness World Records, and many other sci-fi creations have honoured Doctor Who with an array of references. The TARDIS can be seen in video game Fallout 4, as well as in Family Guy, The Simpsons, Big Bang Theory and even on Star Trek. What a cult it's become!


Fancy some more cool merch? Discover Supernatural t-shirts, join Rick and the gang in one of the The Walking Dead t-shirts, or wander around Westeros with one of our Game of Thrones t-shirts.