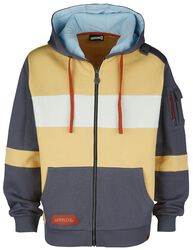 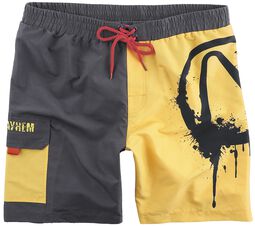 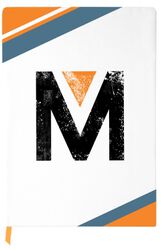 You have to ask yourself, ‘Do I feel lucky?’ Well do ya, punk? When you hear Western, you probably picture that exact scene. But when you hear Space Western, we’d bet all our loot you think of Borderlands – the shooter-RPG that has transformed sci-fi western games.

Going back to the opening question – are you feeling lucky, punk? – we’d hazard a guess and say you are if you were after Borderlands merch. From a Borderlands T-shirts to the iconic Psycho face mask (because remember – hands, space, face…), the merchandise in our Borderlands shop is borderline insane. Some of the loot, including a limited-edition Borderlands shirt, is exclusive to EMP. That’s right. You could say it’s our very own Vault.

Not a clue what we’re going on about? Then that means you haven’t yet discovered the land of Borderlands. And for that, we’re a little bit jealous. You get to experience it for the first time. For those already in the know, let’s recap on just how 2K Games’ Borderlands became the juggernaut it is.

Set in the distant future of 2864, several colonising ships head to a planet on the edge of the galaxy: Pandora. Not the charm bracelets. Much better. The colonists are drawn there in search of a better life but a little while after settling, the colonists discover that the planet offers little aside from decrepit alien ruins. When the companies mining the planet leave, they let loose the criminals they had employed as forced labour and left any other colonists there.

Some of the settlers seek to get rich quick by discovering alien technology, most others are just trying to survive. But it’s not just criminals and schemers on this planet – it’s a shame the same cant be said about Earth *drum noise*. There’s horrifying monsters and other secrets the planet slowly starts to reveal. The only beacon of hope for the remaining colonists emerges in the form of a mysterious alien Vault carved in the side of a mountain. This Vault is said to contain vast stores of alien technology and secrets.

Navigating RPG roleplay and multi-player ‘drop in, drop out’ four-ways, gamers take on the persona of four distinct character classes.

🎮  Brick the Berserker – he likes getting handsy… in a very ‘Hulk Smash’ way.
🎮  Lilith the Siren – this character class can 'phasewalk' – where she enters a dimension where she cannot be hurt by enemies.
🎮  Mordecai the Hunter - Bloodwing; Mordecai throws out his pet Bloodwing to attack his enemies.
🎮  Roland the Soldier - Roland deploys an automated Scorpio turret that targets enemies in front of it and provides cover.

The game, and subsequent sequels Borderlands 2 and Borderlands 3 have become some of the most renowned in the history of gaming. Within its first five days, Borderlands 3 sold over five million copies - making it 2K's fastest-selling game of all time.

With its smart, multi-play options and individual missions to its many pop culture references – there are websites dedicated to dissecting all the nods, spin-offs and references the game makes to other franchises and iconic pop culture events - Borderlands has become an elite gaming choice. And EMP is the elite choice for Borderlands merch. Fully licenced and fully loaded to enhance your next gaming experience.