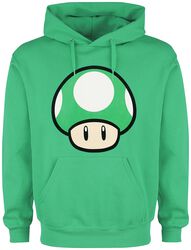 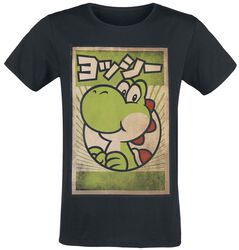 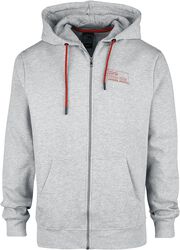 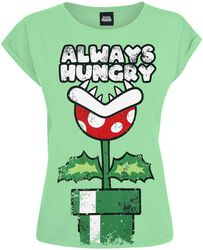 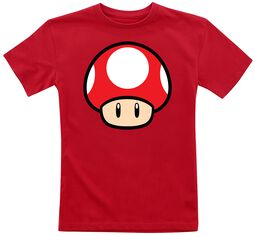 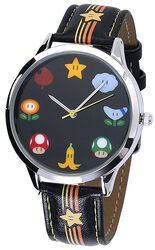 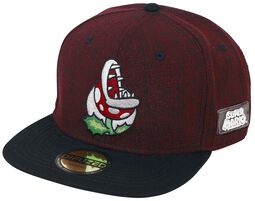 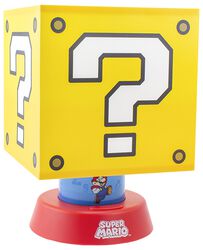 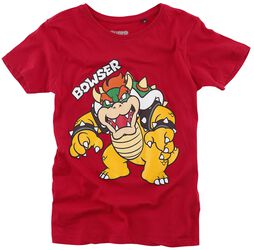 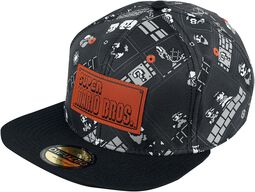 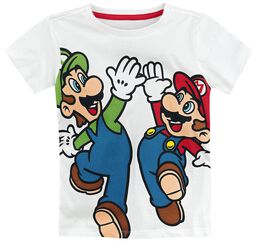 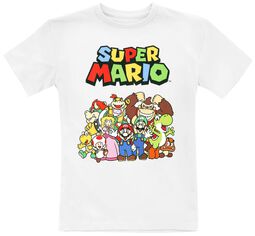 Heroes come in all shapes and sizes, and Super Mario is no different. Don’t count out the pint-sized plumber. He’s been saving princesses and battling baddies since most of us were in diapers – that’s why we’re all about the Mario merch here.

Having sold over 600 million units sold worldwide, the overall Mario franchise is the bestselling video game franchise of all time. Not bad for someone that was originally intended to be nothing more than a cameo character. Mario first appeared as a side character in Nintendo’s Donkey Kong. The artist who designed Mario, Shigeru Miyamoto, initially wanted to use Popeye as the protagonist, but when the licencing rights were turned down, he created Mario instead. If ever the word serendipity was appropriate…

Proving that sometimes even the creative geniuses attached to Nintendo get it wrong, Miyamoto expected the character to be unpopular. Mario's clothing and characteristics were themed after the setting of Donkey Kong but he quickly picked up in popularity and began to star in the Super Mario series of platform games, beginning with the critically acclaimed Super Mario Bros. in 1985. The rest, as they say, is history.

And we honour that history with our Mario merchandise across the online EMP store.

EMP provides you with first-class Super Mario merchandise, from Mario t-shirts to collectible Mario Funko POP! figures. Feel free to plumb the depths of our online store and plunge right in to extract the finest gifts and merch inspired by the Italian plumber and his brother Luigi

With our hoodies, t-shirts and accessories, you can literally wear your Mario fandom as a badge of honour. Mario clothing from EMP ranges from subtle tees and hoodies with characters and icons recognisable from the franchise to more stand-out pieces, like a jacket designed in Mario’s familiar bright red hue.


No other video game character is as well-known as Super Mario. The little, fat plumber with the moustache is the figurehead par excellence for his creators at Nintendo. For well over 35 years, Mario has been jumping, running and puzzling his way through his adventures and straight into the hearts of entire generations of gamers.


Whether you're into consoles or PC games, shooters, strategy or jump'n'run: every self-respecting gamer has their very own memories of afternoons spent playing through Mario, Luigi, Wario, Bowser and co.
In 2005, he even received his own star on the Hollywood Walk of Fame - and absolutely deservedly so, because countless games, series, films and of course merchandise show one thing quite clearly: Mario is cult.


A legend is born


Quiz question: In which game did Mario first appear? Savvy gaming experts know the answer, of course: not in Mario Bros. or Super Mario, no, the plumber with the moustache made his first appearance in Donkey Kong.

Quiz question: In which game did Mario first appear?
Shigeru Miyamoto, Nintendo's chief genius, developed the game for arcade machines in 1981, in which the chubby handyman had to free his girlfriend from the hairy grips of a gorilla.


According to the backstory, by the way, Super Mario wasn't a plumber back then, but a carpenter. Not least thanks to Mario, Donkey Kong became a huge success and the second most successful arcade game after the legendary "Pac-Man". And that was just the beginning...


Mario gets shape - and a brother


In 1983, Nintendo then released Mario Bros, the first game to focus on Mario. In this game, players were also able to control his thinner and taller brother Luigi for the first time, who, in a contrasting green outfit to his brother's blue and red, is still a loyal companion of Mario's to this day.
That same year, the Super Mario Bros. game was released, setting the course for the future of the franchise. Princess Peach, the little mushroom Toad and of course Mario's arch enemy Bowser joined the cast in this game. In this game, Mario had to free Princess Peach once again, this time from the clutches of the reptilian King of Koopaland.

Some things changed technically as well: Super Mario for the FamiCom and NES was the first platform game for Mario and Co., a genre that remains at the core of the Mario franchise to this day.


Two sequels from 1988 were then followed by a real milestone in gaming history: with the sales launch of the Super Nintendo Entertainment System, or SNES for short, Nintendo brought out Super Mario World, which immediately became a huge sales hit and has been ported to numerous other systems by Nintendo to this day. The typical music and colourful 16-bit look have become an icon of the gaming scene and many gamers today can still play the first levels completely blind.


Gaming together, with each other, against each other


"Super Mario Kart" from 1992 for the SNES and "Super Mario Kart 64" from 1997 for the brand new Nintendo 64 allowed players to play not only together but also against each other for the first time. No one knows how many deep friendships were made while racing together ... Only to turn into lifelong enmity minutes later because of those cursed red tanks. But even that couldn't dampen the success of Super Mario.


Mario in every shape and form


Every new Nintendo console from NES to Wii U got at least one Mario title as a launch title. Mario and friends (and enemies) appear in role-playing games, sports games, quizzes and more, in addition to racing and platform games.


Nearly 300 million Super Mario games have been sold to date. In addition, there have been half a dozen anime and real-life series and a cinema film about the little plumber. Mario has long since ceased to be just a video game character and has become a cultural phenomenon.
And what do real fans need then, of course? Right: Super Mario merchandise! How about a Super Mario T-shirt or a Super Mario cap, for example. You can set the scene for your gaming collection with Super Mario lamps.


Your merch is not in another castle


In the EMP Online Shop you'll find everything a Mario fan's heart desires: Here you can browse extensively and buy the right Super Mario fan articles online - all from the comfort of your own home, perhaps even over a Super Mario cup of tea. By the way, you can stow your gaming paraphernalia in one of the many Super Mario bags.
This way you can always show which game hero your heart beats for in everyday life, at the convention or when you're gaming with friends (and enemies). Unlike Mario, you don't have to run through countless levels to find what you're looking for: the EMP Online Shop is sure to have the right Super Mario merchandise for you. Mario, Luigi, Yoshi and more are already waiting for you on our Super Mario posters.

As with most franchises, having your name on the front doesn’t mean you’re the only star. Mario is packed full of characters who’ve become pop culture icons, and they get their fair share of attention across our Mario merchandise. From Luigi and Yoshi to Donkey Kong, there’s collectible figures, clothing and so much more. And we, of course, couldn’t forget Princess Peach. The woman who launched a thousand Super Mario spin-offs. Without Mario’s quest to consistently save his beloved Princess, the world might never have had the likes of Mario Kart.

As a plumber, Mario is probably counted as an essential worker. And essential is exactly what he has been in creating one of the gaming world’s biggest communities. A true pop culture icon who shows no sign of phasing out or being replaced. Celebrate the Italian stallion and shop the full range of Mario merch today.