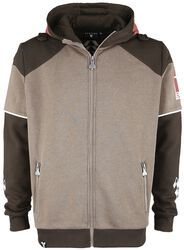 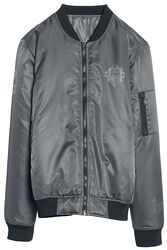 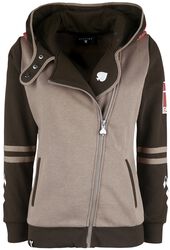 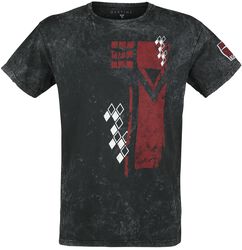 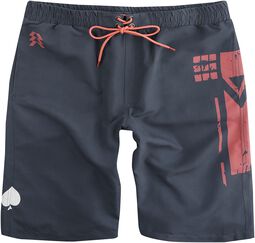 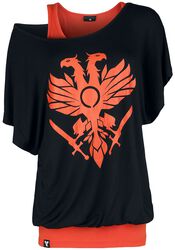 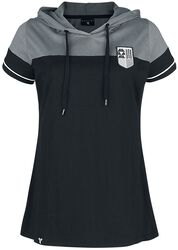 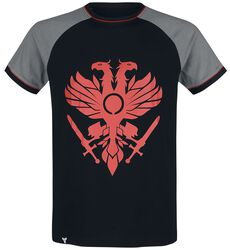 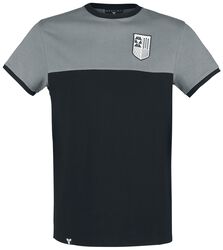 "You won’t have to operate any daring raids at the whim of the Traveler to get your hands on this Destiny merchandise – we’re making it easier than ever for fans to get their hands on gifts, clothing and more in the EMP online shop.


Destiny is the open-world multiplayer first-person shooter (FPS) video game developed by Bungie. Set in the 28th century in a post-apocalyptic setting, humans have since spread and colonised the Solar System with the help of a spherical entity known simply as ‘the Traveler’ who reshaped planets and moons, and taught humanity new technologies and mystical powers that led to a time later called the Golden Age. An event known as ‘The Collapse’, an attack from the Darkness, an unknown faction or entity, saw the dissolution of these colonies and left mankind on the brink of extinction. The only known survivors of the Collapse are those living on Earth, who were saved by the Traveler. Players take on the role of the Guardian of the City, tasked with saving what’s left of humankind.


Unlike other FPS games, Destiny features role-playing elements and is often compared to something akin to World of Warcraft in space. This comparison captures something of the vast scale the game has taken – people all over the world immerse themselves in the action, playing with their likeminded communities, whether they live down the road or on a whole other continent.


Whether you lean towards Titan, Hunter or Warlock, our Destiny merch is for all fans. Our collection of Destiny merchandise includes plenty of Destiny t-shirts and hoodies that make looking good a pre-determined destiny. Our range of t-shirts include designs taken from gameplay, and feature emblems like the Celestial badge.


Any Destiny player knows that you need some function in your fashion – how else are you going to conquer any mission that comes your way? – so deck yourself out with useful belt pouches, wallets and more designed with emblems and motifs from the game.


Forget the Traveler, the only travelling you need to do is surfing over to our EMP store. The rewards are much better than something as inconsequential as saving all humankind too. You’ll be getting your hands on the very finest Destiny gifts and more. We firmly believe that giving you the best Destiny merchandise is our Destiny, child.