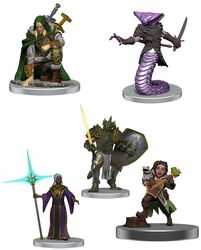 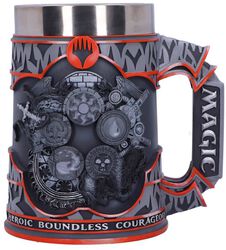 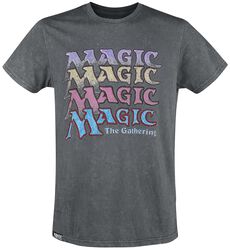 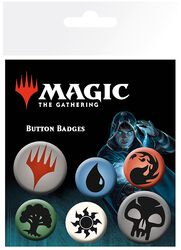 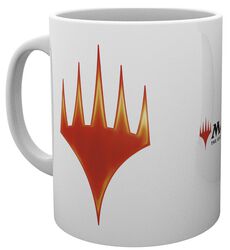 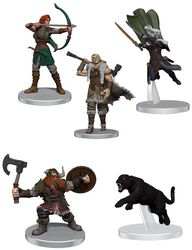 £55.99
Adventures in the Forgotten Realms Companions of the Hall   Magic: The Gathering   Collection Figures   Limited Edition 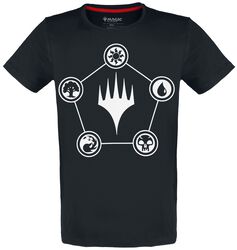 If there’s one thing that doesn’t need to be seen to be believed, it’s that as a society we can’t get enough of magic. From Harry Potter to Bewitched, Buffy the Vampire Slayer to Sabrina, we’ve welcomed all sorts of witches and wizards into our hearts through book, film and TV. But what about getting a bit more hands on?

Magic: The Gathering – known between fans as Magic or MTG – brings a touch of magic to strategy game play. Magic is a collectible and digital card game created by Richard Garfield, first released back in 1993 by 'Wizards of the Coast', now a subsidiary of 'Hasbro' and renowned for acquiring and expanding the Dungeons and Dragons world. Even before people were trying to catch ‘em all, Magic was actually the first trading card game that really dominated pop culture. Business Insider – and you know them suits 'aint lying – estimated that the game has over thirty-five million players across the globe, and there’s been over twenty billion Magic cards produced in the period from 2008 to 2016.

How does Magic: The Gathering work?

A player in Magic takes the role of a 'Planeswalker', doing battle with other players as Planeswalkers by casting spells, using artefacts, and summoning creatures on different cards from different decks. A player will win the battle when they’ve drained their opponent of their starting life total. Although the concept of the game shares similar motifs of role-play games, MTG is widely celebrated for its more substantive game play, complex rules and strategic play.

Magic can be played by two or more players, either in person with printed cards or virtually, using a computer, smartphone or tablet. Thanks to the magic of technology, the hugely immersive gameplay continued throughout the Covid-19 crisis. The video game editions of MTG existed before COVID, but being able to stay connected to the community through the software Magic: The Gathering Online and Magic: The Gathering Arena kept the magic alive. Magic continues to evolve, with new cards released on a regular basis through expansion sets and a worldwide professional competition established – the DCI. As the game grows, so does the MTG merch.

In our online Magic the Gathering shop, not only do we stock Magic: The Gathering cards to get you started (or keep you improving), we have a wider selection of officially licenced merch to celebrate your passion even when you’re not playing. Rock a Magic The Gathering t shirt, drink out of a Planeswalker jug and keep your cards safe (and stylish) with deck boxes and MTG wallets.

All treat, no tricks – our Magic merch is yours for the taking. Just say the magic word…