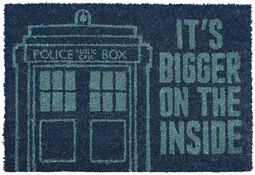 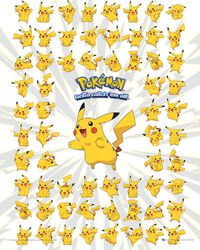 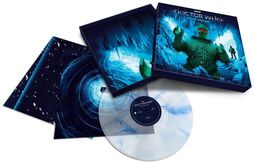 With the best Doctor Who merchandise across time and space, you don’t want to be Tardis to our party.

EMP are big fans of the Doctor. Who? Yes, Doctor Who. From Tom Baker to David Tennant, Matt Smith to Jodie Whittaker, the time-travelling, galaxy-hopping Time Lord has captivated the young and old for generations, spanning right back to the 1960s.

The first episode of Doctor Who aired on 23 November 1963. The cover of the Radio Times that week heralded the upcoming debut as ‘a new Saturday-afternoon television series of adventures in time and space.’ But Doctor Who was to be much more than another Saturday afternoon show. It has become an institution. A classic of British television. A sci-fi staple. And the perfect platform for collectors and fans to get their hands on collectibles and merch.

Doctor Who’s initial run lasted until 1989, with a television film in 1996. However, you can’t keep a good Doctor down and the show returned in 2005, instantly becoming a favourite for a whole new generation and arguably expanding its reach across the globe.

Whovians – the correct way to address a true Who fan – will be hoping their cupboards, draws and wardrobes have as much inner space as the Tardis when they check out all the Doctor Who merchandise available from EMP. Across our Doctor Who merch, there’s clothing inspired from the show, brilliantly designed framed images and posters and a range of Doctor Who t shirts.

But, just as iconic as The Doctor himself, are the Doctor’s many foes. Being around for as long as he/she/they have been, you’re bound to pick up a few naysayers – and none are quite as (in)famous as the Daleks. The Daleks – who, fun fact, were inspired by the Nazis - are violent, merciless cyborg aliens, who demand total conformity to their will. Their whole reason for being is the conquest of the universe and the extermination of what they see as inferior races. Who canon implies that the Daleks had engaged in a Time War against the Time-Lords that has reverberated throughout much of the universe and altered whole chapters of history.

So naturally, Doctor Who merchandise without these fearsome things wouldn’t be complete. We’ve got a detailed, hand-painted Dalek statue inspired by the classic Genesis of the Daleks storyline, which saw the Fourth Doctor (Tom Baker) travel back in time to try to halt the creation of the exterminators.

The Doctor is nigh on impossible to kill – when wounded he just comes back in another form. And you know what, that’s a bit like EMP. We get Doctor Who merch. We sell out. We get some more – modern, classic, ranges exclusive to us.