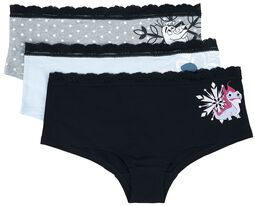 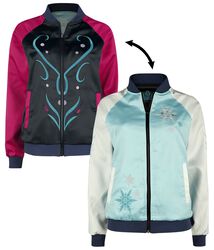 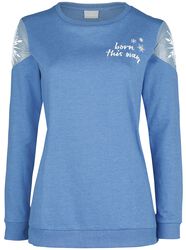 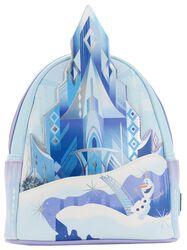 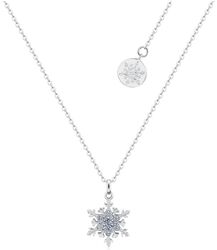 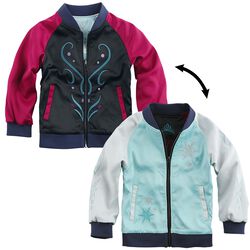 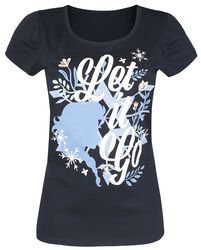 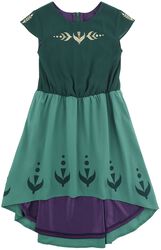 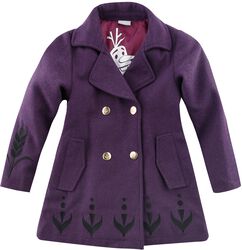 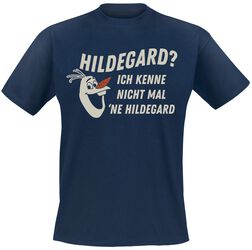 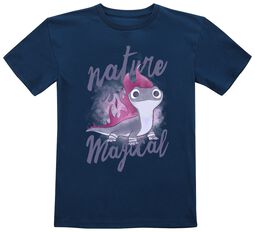 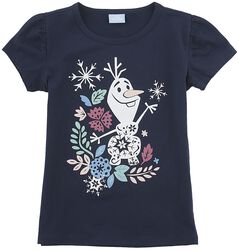 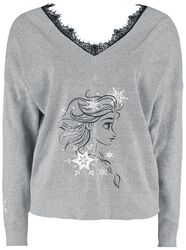 Do you want to build a snowman? Come on let's go and play. Browse through the colourful selection of Frozen merchandise in the EMP online shop and bring your favourite characters closer.

The story behind Frozen

Frozen is set in the fictional Kingdom of Arendelle, which is a beautiful place with snow-capped mountains peaks and dense green forests - like something straight out of a picture book! It’s in this idyllic land that sisters Anna and Elsa live.

Elsa's character is loosely based on the Hans Christian Anderson fairy tale 'The Snow Queen', and she has magical powers that can turn things to ice and snow. Her younger sister Anna is open-minded, cheerful and curious, but Elsa shies away from contact with people, fearing that her powers could hurt them.

In Disney's adaptation, Elsa can't control the icy powers that she was born with and she accidentally plunges the Kingdom of Arendelle into an eternal winter. Fearing that she could have endangered the lives of everyone in Arendelle she flees the city to make sure that such an incident can never happen again.

Anna calls after her sister Elsa, but to no avail, sparking an adventurous journey with mountain-dwelling ice harvester Kristoff and his loyal friend, Sven the reindeer. In the daring search for her big sister, not only does Anna fight many mysterious creatures, she also meets Olaf - a snowman that Anna and Elsa built during their childhood. Olaf’s initial introduction doesn’t go that well however, because Anna doesn’t recognise him at first and kicks off his head. Olaf joins the odd-looking group as they continue their adventure, conquering magical obstacles and defying the elements along the way. Eventually they find Elsa’s Ice palace and (after a lot of persuading) convince her to journey back with them to Arendelle.

Walt Disney animation studios released a sequel to Frozen in 2019. Set 3 years after the events of the first film, the magical world of ice continues in Frozen 2, but there is still speculation about the specific plot. It is believed that the sisters journey far away from their kingdom of Arendelle in order to discover what really happened to their parents and find the source of Elsa’s magical powers.

Like the song with which we associate so many beautiful and funny moments in Disney’s Frozen, you might have to 'let It Go'. The writers and directors say that they feel they have accomplished what they set out to and therefore an end might be in sight for the sisters from Arendelle.

Become part of the Frozen family with Anna, Elsa and Olaf

Not only is Frozen currently the UK’s best selling DVD of the last 10 years, it's also the biggest animated film of all time, grossing over $1.2bn globally. It has won two Oscars, a Golden Globe award and a BAFTA, and it continues to delight and inspire new fans of every age. But the fun doesn’t have to stop when the credits roll and you will find a range of colourful Frozen gifts and accessories in the EMP online shop - some characters are just worth melting for!

If that wasn't enough Disney for you, in the EMP online shop you will also find gifts inspired by Beauty and The Beast, flying elephant Dumbo and the charming street rat Aladdin.