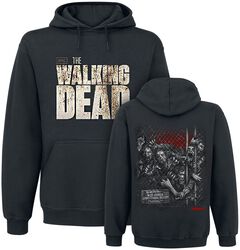 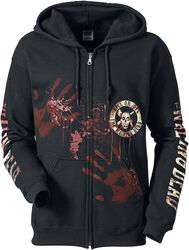 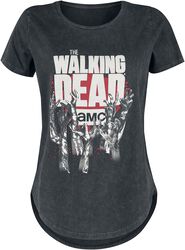 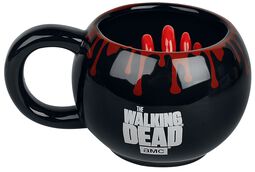 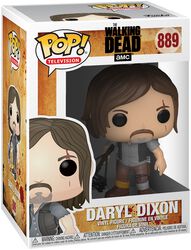 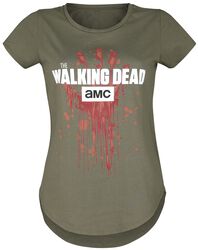 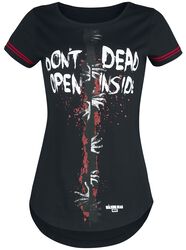 Many a zombie has already met its fate at the hands of the group led by former police officer Rick Grimes. This US TV-series has been around since 2010, and has a steadily growing fan base who can now get all their Walking Dead merchandise at the EMP Online Shop. The series is based on a graphic novel, which is also available in the Online Shop for real fans who can't get enough.


Brute force lovers can get some food for thought with our Walking Dead merchandise. The quotes on our badge set in the EMP Online Shop are sure to get you thinking. What even is friendship, and how far are we willing to go for it? These are precisely the questions the small group ask Rick Grimes every day.


The story behind The Walking Dead


An epidemic of apocalyptic scale has engulfed the globe, causing the dead to rise and feed on the living. The few still living are resolute and fight constantly against attacks from the cannibalistic zombies. Rick is an ex-cop and is relatively well-equipped within the group to search for a safe place to sleep, as well as some food. Of course, a weapon is also essential, such as the Negan - Lucille baseball bat from the EMP Online Shop, the perfect piece of kit to fight off the zombies!


Real experts use more sophisticated tools for self-defence, such as Daryl Dixon, who uses a high-tech aluminium crossbow that’s deadly-silent. Take a look at the Daryl Dixon merchandise available in our shop.


If only zombies were the only problem...


Rival gangs and violent groups are also a big issue, as they use weaker groups to their advantage. The EMP Online Shop’s The Walking Dead merchandise page features a vinyl Negan figure, who looks like a real killer when he’s on the shelf and is a lot more deadly than Rick’s group, thanks to his signature baseball bat. Of course, we have plenty of Negan merchandise available.


We don’t have any guns for you, but you’ll find everything else you need for your next Walker apocalypse on the The Walking Dead merchandise page, including The Walking Dead Shirts, TWD accessories, jewellery and much much more.


If you’ve heard colleagues or friends talking about The Walking Dead and haven’t yet seen it, the full DVD series is available on the EMP The Walking Dead shop. If you just can’t get enough of it all, why not spend a few hours playing an adaptation of famous board games such as Risk or Monopoly.


Just be careful not to get too obsessed with winning... remember that you’re part of a friendship group. That’s something that the characters from the series learn the hard way.


After all that effort, don’t forget to keep yourself hydrated! Find an array of TWD mugs and glasses on the EMP Online Shop. The Walking Dead has been awarded more than a dozen film awards for its storyline and implementation, and some of the bloodiest scenes were removed before it was broadcast on TV. If you want to enjoy the whole show in its full glory, the DVD box set with all seasons is definitely a good choice.